Round the clock news updates. Cameras outside his house. Commentators far and wide speculating on whether he will keep his job. Public calls for him to step down. You might imagine this is a situation involving a disgraced MP or arrested celebrity, but you would be wrong. This is the scrutiny facing Steve Bruce, nothing more nor less than a man who manages a football team.

The treatment of Newcastle United manager Steve Bruce has been bizarre in the extreme. Already subjected to constant cries of “We Want Brucey Out” at nearly every Magpies game this season, the Saudi-led takeover of the club has only intensified the pressure on the manager. Newcastle are 19th in the Premier League table, and yet to win a game, so the fan discontent is understandable. While Bruce has led Newcastle to two comfortable mid-table finishes, the style of football has been dull at times. The issue with playing negative football is that patience only lasts as long as the team is getting results.

However, since the takeover was sanctioned, the nature of the attention on Bruce has become unacceptable. The problem is two-fold. Firstly, the club’s new owners PIF owed it to the incumbent manager to make a clear statement either way on his future. While it has been reported the ownership have spoken with Bruce, no definitive public statements have been made. As Steve Bruce prepares for his 1000th game in club management, this Sunday against Tottenham Hotspur, he has no clue whether he will make it to 1001. In fact, throughout the week media speculation has been rife over whether he would even make it to 1000.

This brings us to our next issue, the media coverage of the situation. There is nothing wrong with debating whether a manager will last in a role. It is our duty as journalists to analyse stories such as this, and use the facts to give clarity over whether a manager is expected to stay or go. But the treatment Bruce has received goes beyond the usual coverage of a beleaguered coach. Recently-deposed Watford manager Xisco Munoz never had reporters camped outside his house. Ole Gunnar Solskjaer’s possible sacking trends on Twitter every time Manchester United play, but he has not been subjected to a 24 hour a day ticker at the bottom of news shows updating people on whether he is still employed. Fan campaigns are understandable, as are ex-player led debates on television and social media. But the constant hounding of a man amid the most uncertain point in his professional life crosses a line. Steve Bruce has been treated in a way that is uncomfortable to watch, and truthfully he deserves better. 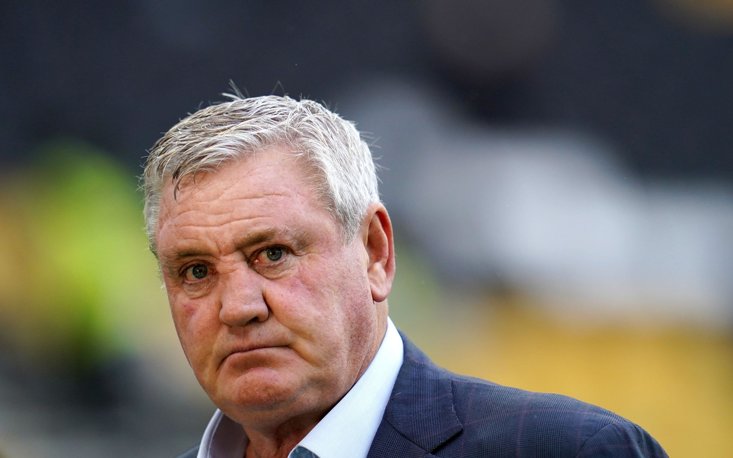 This is not a debate on his suitability for the role, you will find more than enough of that elsewhere. This is a debate on whether any man who has committed no crime beyond not winning at football deserves a public criminalising in the way Bruce has suffered. The answer from any sensible observer should be a resounding no. Every time the Newcastle boss picks up a paper or turns on the television he sees people debating not just his potential sacking, but what Antonio Conte apparently thinks of the role, Leicester manager Brendan Rodgers apparently rejecting a job which is not even vacant, or a discussion on who Frank Lampard might sign when he takes over a job that isn’t yet his. It is overkill. It is people jumping several chapters forward in a book without even reading the opening paragraph. Newcastle have a manager, and for better or worse, it is currently Steve Bruce.

It will not stop either. Beat Spurs at the weekend, and Bruce will be in the same boat he is now. The Saudi owners have a bottomless pit of cash, and will likely not settle until they have a coach used to spending such riches, rather than doing a creditable job with smaller resources as is Bruce’s style. The media and fans won’t rest either. Steve Bruce is not a sexy enough name. Whether it is a continental serial winner like Conte, or a big-name former player like Lampard or Rangers manager Steven Gerrard, people expect a box office appointment. Steve Bruce looks likely to reach his 1000 games, but it would be surprising if he enjoys any more milestones in the St James’ Park dugout. But, at the very least, Bruce deserves to be treated like the manager of Newcastle United until he no longer holds that role. Right now he is in purgatory, and no manager deserves that. Not even one who dares to play negative football.