As the London Stadium erupted, an ecstatic Antonio ran over to the sideline to pick up a cardboard cut-out of himself that he had pre-placed, and held it aloft, recreating the iconic scene from Dirty Dancing – although the forward believed he was doing a scene from Save The Last Dance. It was truly one of the most bizarre goal celebrations in recent memory, and David Moyes made it clear he wasn’t a fan, maintaining his old school mentality.

Over the years we have seen a lot of iconic celebrations that do not conform to the traditional knee slides or fist pumps in the air, and they are forever etched into our memories because of how unique and sensational they were. Here is a look at some of the most iconic Premier League goal celebrations ever. 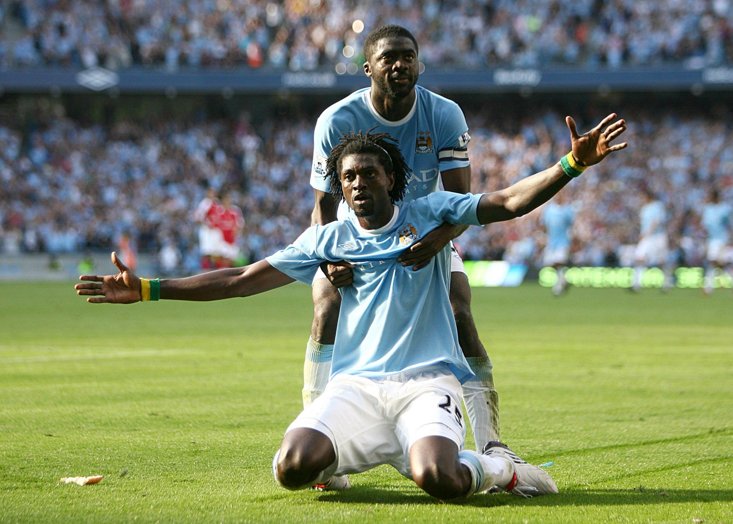 One of the most infamous celebrations of all-time. The Togolese forward scored for Manchester City at the Etihad Stadium against his former employers Arsenal in 2009, an 80th minute bullet header that gave City a 3-1 lead. He then ran the whole length of the pitch to do a knee slide in front of the enraged away end.

In the aftermath, Adebayor was suspended for two games and fined £25,000 by the FA. The world of football would say it was worth it, the celebration was pure gold dust.

Another well-known celebration of the Premier League era was when Jimmy Bullard gave us a spectacular celebration after scoring an equaliser away at Man City.

He replicated the half-time team talk that then Tigers boss Phil Brown gave them on the pitch in the same fixture the season before, when they were 4-0 down before losing the game 5-1. Bullard, in the centre of his teammates, circled around him, pointed and turned, mimicking his boss, who fortunately saw the funny side. It has always been looked on with fondness when looking back on Premier League seasons gone by.

In 1999, Robbie Fowler was handed a then-record £32,000 fine for mimicking cocaine use when he 'snorted' the white line of the penalty area on the Anfield pitch after scoring in the Merseyside Derby, in response to taunts from Everton fans who accused the player of taking drugs. It is a celebration that has gone down in infamy. 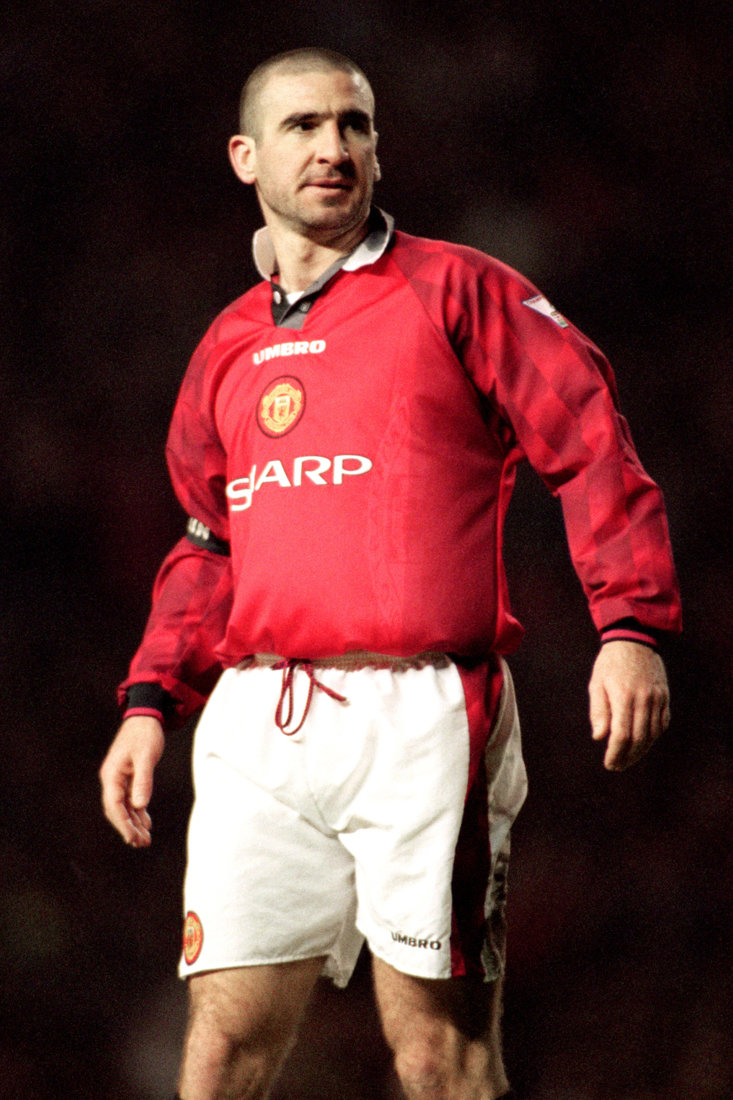 The brilliant Frenchman’s most iconic celebration is the one that not many football fans will need educating on. Following his sensational chip at Old Trafford against Sunderland in 1996, Cantona just turned around and took in his surroundings, like an absolute boss. With the stern reputation that the forward carried, it was the kind of celebration that only he could pull off with such style.

An instant classic. The former Man City and Liverpool hot-head delivered one of the most famous Premier League celebrations when plying his trade for the former. The Italian striker did his most famous celebration in the Manchester derby when City thrashed United 6-1 at Old Trafford.

He scored the first goal of the game and in his celebration, he lifted his shirt to reveal the now famous question, ‘Why always me?’

His quirky celebration on Monday was unique but it wasn’t his best in the Premier League. In February 2016, after scoring the winner against Sunderland, Antonio showed his admiration for The Simpsons by celebrating Homer Simpson style. The forward spun around on the floor like the famous animated character, adding a brand new new dimension to goal celebrations. 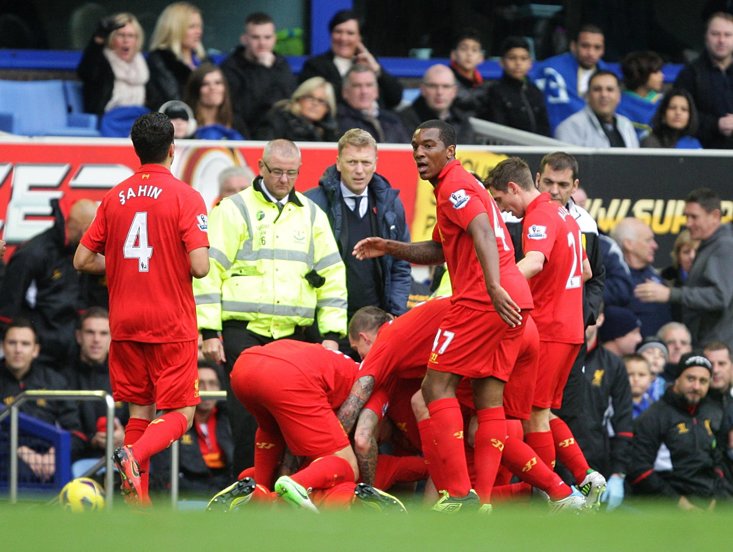 The former Liverpool striker was a joy to watch but some of his antics off the ball always got him in a lot of trouble. This celebration also came in a Merseyside derby but there was context for this one. In the build-up to the game, then Everton boss David Moyes criticised Suarez for diving to get Toffees midfielder Jack Rodwell sent off the season before. As expected, Suarez scored and celebrated by diving in front of Moyes, in what was fantastic viewing and top tier s***housery.

This Premier League icon had a range when it came to celebrations and there is a certain boxing one that stands tall above the rest. In March 2015, a clip flooded social media, showing Wayne Rooney and Phil Bardsley boxing in a kitchen, with England’s all-time top scorer ultimately getting sparked out. Later that day, Rooney scored in United’s 3-0 win over Tottenham and his celebration included punches in the air followed by collapsing to the floor. Another magnificent and witty celebration.

Aguerrrrrooooooo. This celebration is purely iconic for the occasion. It was in 2012 when the Argentine scored the injury time winner against QPR, sealing City’s first Premier League title. Aguero was understandably ecstatic as the ball hit the net and he went on a sprint, removing his shirt, swinging it in the air as the Etihad Stadium went into pandemonium. The game, the goal and the celebration are all part of one of the Premier League’s greatest moments. 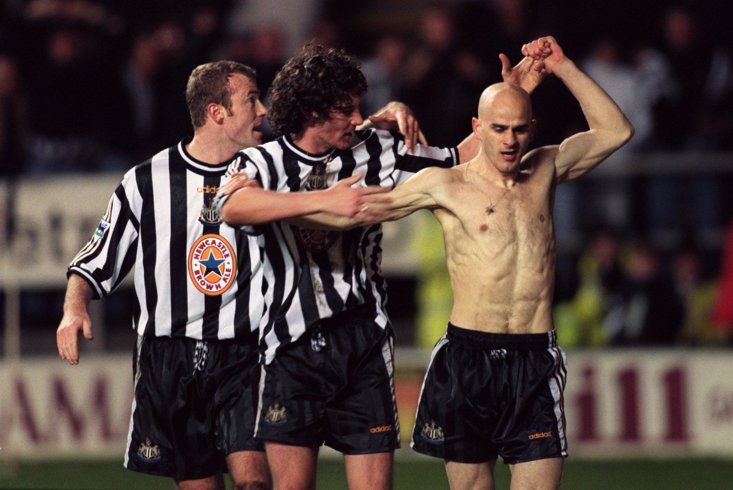 This celebration is so iconic and it is regarded as one of the angriest goal celebrations of all time. After scoring a late winner for Newcastle United against Bolton Wanderers in 1998, Temuri Ketsbaia threw his shirt into the crowd and then tried to remove his boots before repeatedly kicking the advertising hoardings as he shrugged off tea-mate Philippe Albert.

The funniest thing about this was Alan Shearer then had to go and get his shirt back from the crowd to complete the game.