There is something happening at Blackburn Rovers. The Lancashire club extended their winning run in the Sky Bet Championship to four matches this weekend with a gargantuan victory over promotion favourites AFC Bournemouth. Tony Mowbray’s side have always been known for inconsistency in recent years but they appear to be taking full advantage of the open nature of the league this year.

It has been clear for weeks that the promotion places in the Championships are not exclusive to anyone this season and Blackburn are one of the few clubs making sure that they are hitting form at the right time. The festive Christmas period is always the most testing time in football and Rovers currently do not look fazed by the congestion of fixtures as they sit fourth in the table, one point off West Bromwich Albion in third and five points clear of Queens Park Rangers in fifth. Some may view the north west club as a surprise package this term but the truth is that the club have shown glimpses of their quality in the last few seasons, but their inconsistent tendencies were their downfall. Now it seems that Mowbray has concocted the perfect formula for his side to avoid dropping points and they continue to grow in the league as one of the most dangerous and in-form opponents.

In their most recent impressive victory over one of the title favourites, the goalscoring sensation Ben Brereton Diaz continued his fine form, scoring his 17th of the season, and with an asset like him in your team, there is no limit as to what you can achieve and it seems as though the Premier League is calling for them to return. The pair have been separated since 2012 and for one of the inaugural members of English football’s glamorous division, the absence has been far too long.

Blackburn Rovers
@Rovers
🎯 What a moment for JPvH!
💪 Pure passion from our Dutch defender!
Watch the Full 90 on RoversTV now! 👇

It’s worth remembering that they were one of the earliest winners of the Premier League in 1994-95 under Sir Kenny Dalglish, with the brilliant Alan Shearer and Chris Sutton leading the line as that incredible season was bankrolled by local benefactor Jack Walker. We all know Shearer as the league’s highest ever goalscorer and in this title-winning season he dispatched 34 goals to claim his first and only Premier League title. This season established Blackburn as one of the Premier League’s elite and it is why it would be great to see them return to compete with the big boys.

There have been some other memorable players for Blackburn during their time in the top-flight, and while no season has been as glamorous as 1994-95, there have still been stars shining at Ewood Park. There were the likes of Brad Friedel, David Dunn, Morten Gamst Pedersen, Roque Santa Cruz and Yakubu to name a few. They have all been part of the rich history of Rovers, and for Yakubu in particular - who can forget the time he helped remove a rogue chicken from the pitch!

But since the club’s most recent top-flight relegation, it has been a very turbulent time. The club has been in control of the Venky’s which has been opposed by the supporters over the years and they have suffered two relegations under their watch, but it now seems as though the club is heading in the right direction under the Indian owners. The club is now being fronted by people who know the ins and outs of the game and the Venky’s have taken a back-seat while still investing in the club because they know just how much potential it has. 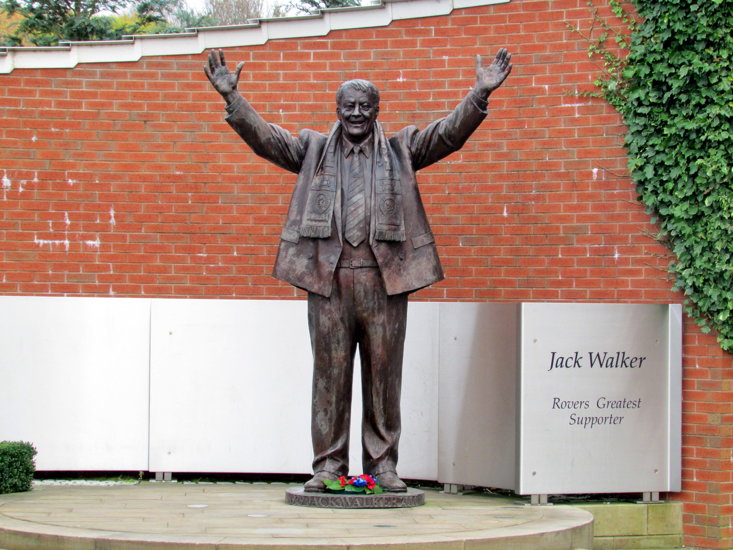 And it seems like this could be the year Rovers make their long-awaited return to the promised land. Mowbray seems to have a well-balanced squad at his disposal and looks to have conquered the past demons which have seen promising campaigns tail off due to bad runs of form. He will be grateful to the form of Brereton Diaz this term, but the rest of the squad such as youngster Tyrhys Dolan or midfield duo Joe Rothwell and Lewis Travis have played their parts to perfection to have propelled the club into this strong position.

There is such a feel-good factor around Ewood Park right now and rightly so. 27 years since that famous title win, Rovers fans can dream of the good times returning and it could be unfolding before our eyes.