How often have managers of the same nationality won the Premier League and Championship in the same season?

A scan through the record books reveals that this accomplishment-of-sorts has actually only occurred once during the Premier League era (1992/93 onwards). It took a while to happen too.

In the 2012/13 season Sir Alex Ferguson drew the curtains on his trophy-drenched managerial career in style after leading Manchester United to their 13th Premier League crown - the club have not come close since.

In the same season Fergie’s fellow Scot, Malky Mackay, led Cardiff to the Championship title, as he became the first manager to soar the Bluebirds into the Premier League.

In the five subsequent campaigns managers of differing nationalities have stood at the summit of both divisions, but next month could prove to be different, with a couple of German gaffers bidding to complete the Premier League and Championship double.

Klopp to the top?

We’ll start with Klopp, the manager tasked with leading Liverpool to their first Premier League title.

For perhaps the first time ever, Liverpool fans would have found themselves in the unusual position of wanting rivals Man Utd to pick up a point or three in the Manchester Derby on Wednesday night. However, it was not be as Man City swatted aside their meek neighbours to regain top spot in the table, a point ahead of Liverpool.

The Reds return to action on Friday when they will be expected to grab the spoils against already-relegated Huddersfield at Anfield, followed by Rafa Benitez’s Newcastle at St James' Park, then Wolves at home on the final day. If Klopp does manage to win the top-flight he’ll become the first German to do so.

City arguably have the tougher final three matches away to a rejuvenated Burnley, at home to Brendan Rodgers’ Leicester, then away to Brighton. Although, it would come as a surprise if Pep Guardiola’s troops were to drop points, while they don’t have a brace of Barcelona bouts sandwiched in between, unlike Klopp’s side.

The bookies now have City priced at just 1/4 to become the first club to retain the title in a decade, while Liverpool have been pushed out to 3/1. It’s obviously in City’s hands, but expect Liverpool to push their rivals all the way. 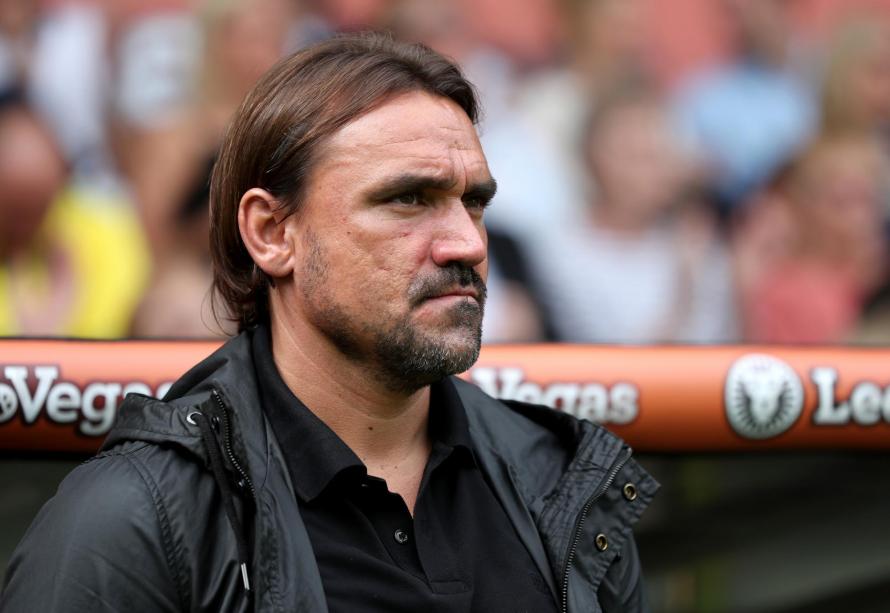 Farke can become the first German manager to win the Championship

Norwich City have been the Championship’s stand-out team this season, dazzling the division with a glut of goals and their never say die attitude, under the tutorship of Daniel Farke.

However, while the title seemed a formality a few weeks ago, four consecutive draws means the Canaries only have a three point cushion over Sheffield United with two games to go. Although, it’s worth noting that automatic promotion isn’t quite yet assured, with third-placed Leeds still in the picture.

In other words, there’s all to play for.

On Saturday Daniel Farke’s side welcome Blackburn to Carrow Road, before a tricky final day trip to in-form Aston Villa. As for the Blades, they host relegated Ipswich, then travel to Stoke. Marcelo Bielsa’s Leeds have Aston Villa, then Ipswich.

Only seven foreign managers - Slavisa Jokanovic, twice - have won promotion to the Premier League, although this has been achieved a sizeable six times since 2015. Farke and Bielsa could propel that tally to nine managers in the next few weeks. No German gaffer - or Argentine for that matter - has ever won the Championship, although David Wagner led Huddersfield up through the play-offs.

Can the German duo do it?

It’s within reach, more so for Farke’s Norwich who have the points advantage in the second-tier, although Klopp'd Liverpool will not have given up hope. The bookies have the German double at a touch over 4/1.

The double could actually become a hat-trick as Barnsley boss Daniel Stendel has a chance to lead Barnsley to League One glory in his debut season. The Tykes are three points off top spot with two games to play!