Football
News
Hill’s knowhow, tactical nous and eye for a gem means he can help Scunthorpe get results in the National League next season
Gabriel Sutton
17:30, 25 Feb 2022

It’s only February, but there is already a feeling of resignation at Scunthorpe United.

The Iron are bottom of League Two, six points adrift of safety, and current projections say they need 21 points from their remaining 13 games to beat the drop.

Hostings of Colchester, Barrow, Harrogate, Stevenage and Hartlepool represent an opportunity to pick up a reasonable portion of the 21, but with four points accrued from the last 33 available, it’s hard to be positive.

In fact, manager Keith Hill has told local media that he is already planning for the summer, and the likelihood that is National League football next season.

Aspects of Hill’s record as a manager suggests he is the perfect man for the job, having led Rochdale to promotion in 2013-14, then to three successive top half League One finishes on a low budget.

Hill’s reputation, though, has subsequently declined, not helped by the prospect of a second relegation in three years, although in both cases, there are some very obvious mitigating circumstances.

At Bolton, for example, there was a 12-point deduction and almost all the transfer business was done on deadline day due to the timing of the takeover, while at Scunthorpe there are myriad problems that have gone before him.

That said, Hill’s detractors would point out that Dale grew stagnant towards the end of his tenure, which he would argue was down to loss of key players like Matty Lund and Jamie Allen, plus the Mancunian’s gruff style made it difficult to endear himself to Bolton and Tranmere fans.

Perversely, Hill guided Rovers from 14th in November in 2020-21 to the League Two Play-Offs, but was sacked before they took place, perhaps due to internal relations.

Nonetheless, the 52-year-old was a good appointment for Scunthorpe and there was an immediate upturn in performances, including Boxing Day’s 3-1 victory at Oldham. 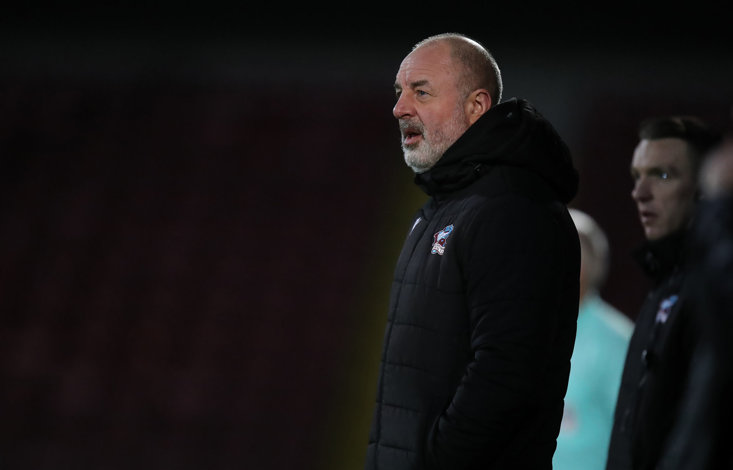 The problem, though, was that the Lincolnshire club only won one of the six games in which Scunny played well after the change of manager, and subsequently it was the performances that changed rather than the results.

It’s now two wins in 16 under Hill, despite the arrival of six late-January signings including proven EFL performers like Liam Feeney and Anthony Grant.

In many ways, this shows the problems are deep-rooted.

Peter Swann cares deeply about the club based on the investment he put in, especially during the mid-to-late-2010s, when the dream of Championship football lingered tantalisingly close.

Thanks to Swann’s funds, Scunthorpe achieved successive Play-Off finishes, but suffered Semi-Final defeats to Millwall and Rotherham: it was after the defeat to the Millers that things unravelled.

The club that had previously recruited obvious, proven League One players tried to cut back, but because they had not previously exercised the process of recruiting less obvious players, they were not effective at it.

Even a more extravagant January recruitment drive could not save them from relegation in 2018-19 and it was ultimately disagreements over transfer policy that meant things did not work out in League Two, the following season, with Paul Hurst.

What followed was two relegation battles as Scunthorpe man Neil Cox was appointed head coach in a bid to galvanize the fanbase through these choppy waters, but the former Notts County assistant was found wanting.

Although Hill may not have had the time he needed to save 72 years of Football League (EFL) history, his appointment – and likely continued presence beyond the end of this season – would give Scunthorpe a better platform with which to go into the National League.

The fifth tier is fiercely competitive, and Swann no longer has the capital he used to, partly because his travel business has been affected by the pandemic, so Scunthorpe could find it difficult to challenge for an instant return.

With no takeover immediately in sight, Scunthorpe have to make the best of what they have and that may mean giving Hill full autonomy over transfers.

Will Swann, the chairman’s son, is currently chief scout but does not have the required experience or credentials and has overseen poor recruitment over the last 18-months.

Hill’s knowledge and tactical expertise means he should be entrusted with planning transfers this summer and given the freedom he needs to build a side that he feels can compete. 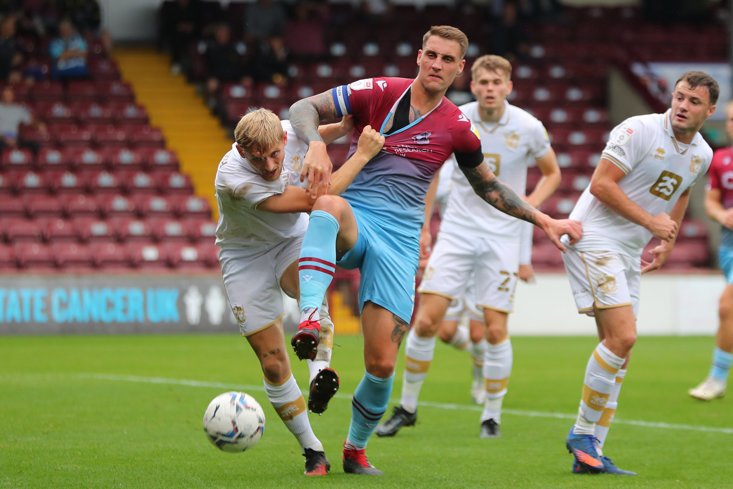 Perry has not featured since January and Hallam has had just six substitute appearances in the league, so the scale of the re-build could be enormous.

Rory Watson would be likely to be offered and accept a new deal, Ryan Delaney may make a permanent switch from Morecambe to work with Hill again, talents Tom Pugh and Lewis Thompson may get the chance to recover from disruptive injuries, while Grant may be kept on for his experience, physicality and battling qualities.

Mason O’Malley, Manny Onariase and Jai Rowe, though, may hold out for opportunities to stay in the EFL, five of the loanees will return to parent clubs while at least 10 players could be released.

Hill cannot save Scunthorpe: probably not in terms of this season and longer-term, he cannot be expected to compensate for the fundamental structural issues that have led to this decline.

He is though, arguably the most accomplished manager the club has had since Graham Alexander’s controversial dismissal in 2017.

Hill’s knowhow, tactical nous and eye for a gem means he can help Scunthorpe get results in the National League next season, despite the club’s glaring imperfections.

Though surrounded by the notoriously flat Lincolnshire Wolds, Scunthorpe do have a Hill: but they also have a huge one to climb.