Football
News
The Finn could finally find his form against a Gunners' side lacking in confidence
FPL Bottom Line
17:00, 29 Nov 2019

Gameweek 14 is here and we are getting stuck right into a hectic December with Gameweek 15 just three days away.

Last weekend saw Man City get back to winning ways and Sheffield United and Manchester United share a six-goal thriller, while breaking news today that Unai Emery has been sacked will certainly alter some teams.

This week we are steaming straight into the pointers for Gameweek 14 as we hunt, once again, for those elusive green arrows.

Unai Emery’s inevitable sacking has finally happened ahead of the weekend and as we said with Jose Mourinho last week, a new manager can often bring a new style, free-flowing football, or defensive solidity to a club.

With Freddie Ljungberg now at the helm, a former player that commands an awful lot of respect from everyone around the club, we could see an instant reaction against Norwich.

Of course, the premium strikers seem like safe options, but a new boss could also improve the defence and change the system. Joe Willock, Bukayo Saka or Gabriel Martinelli could become gems and whisper it quietly, Mesut Ozil could be back.

Fantasy Premier League
@OfficialFPL
The GW13 #FPL Dream Team 😍
How many of these players did you have? 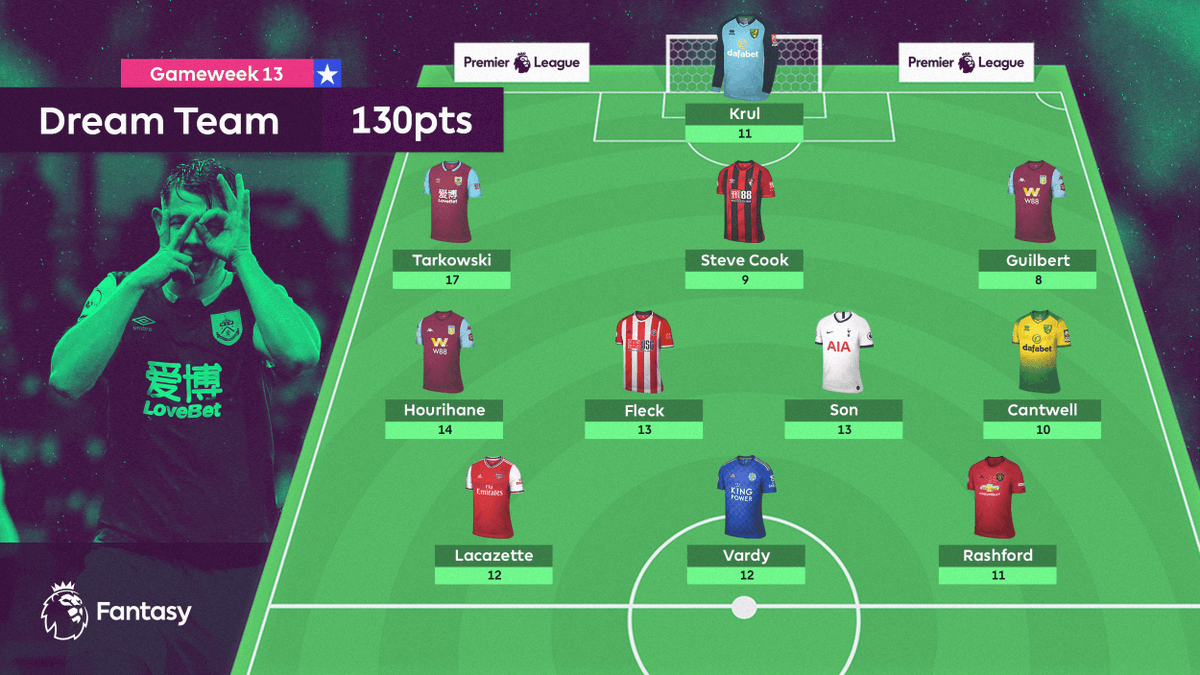 Will Pukki ever score again?

The same game on Sunday afternoon also features a Norwich side fresh off the back of three points at Goodison Park. The return of captain Christoph Zimmermann cannot be understated as his leadership qualities brought a sense of normality to the Canaries’ backline.

Further up the pitch and it almost seems like last century that we all had Teemu Pukki leading the line, but now he has failed to score in eight consecutive games. With many of us pulling him out of our teams (his ownership has now dropped to 18%) it seems sod’s law that he is going to start scoring again.

Norwich could well use this confidence-boosting away win as a platform and although they would have preferred to play Unai Emery’s Arsenal, they could still take advantage of a side lacking confidence.

His price is dropping and everybody has lost faith, but perhaps that is when Pukki can come good once again.

The highest player in the game over the past two weeks is not some expensive Man City player or Sadio Mane but instead a £5m Burnley defender.

Englishman James Tarkowski has scored a whopping 29 points across the last two game weeks but even though his price may be tempting, his upcoming fixtures are not.

With Manchester City and Tottenham to play over their next three fixtures, Burnley are bound to concede goals and despite his prowess from set-pieces, we’d steer clear until early February, when the fixtures clear up.