Football
News
The former midfielder has come up through the FA's international setup
Conor Keane
09:08, 07 Sep 2021

Lee Carsley is set to take charge of his first England Under-21s game against Kosovo on Tuesday, and is is just another success story in the new culture of in-house promotions within the England set-up.

The former Premier League midfielder had been working for the FA with the England Under-20s before his promotion to the pressured Under-21s role. Due to Aidy Boothroyd’s shortcomings, Carsley has not got much to live up to, but he will be expected to have an instant impact with the Young Lions to help prepare the next generation for their roles in the senior team in an era in which English football is in its strongest position in years.

Carsley has a wealth of experience within youth football with Coventry City, Brentford, Manchester City and Birmingham City, as well as previously working alongside Boothroyd with England Under-19s as well as being the ‘out of possession’ coach within the England set-up between Under-15 to Under-21 level. He has had the necessary experience to earn his stripes in the role presently.

His CV speaks for itself, and he clearly has been selected by the FA for the effect he has working with young players. With a flurry of emerging young talent coming through, Carsley will have plenty of pressure on his shoulders but he should thrive. Having already been part of the St George’s Park set-up, many of the players in the Under-21s will be familiar to him and vice versa, so there should already be a strong working relationship between him and the players, and now some of them will learn more from him than just out of possession play. 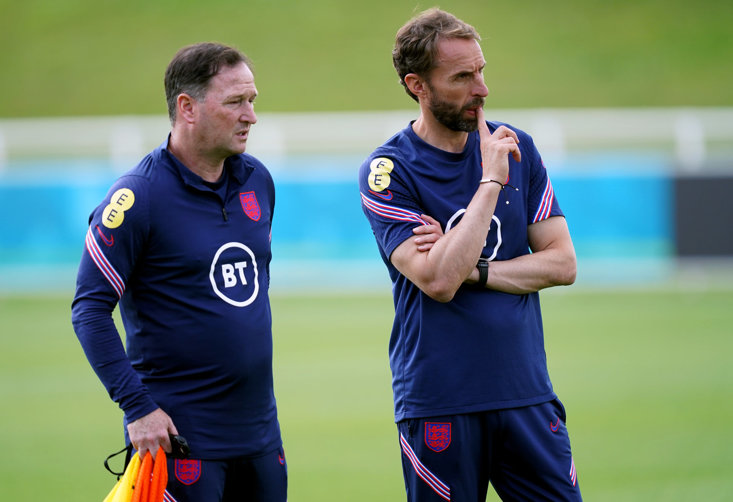 IF SUCCESSFUL, CARSLEY COULD FOLLOW SOUTHGATE FROM THE UNDER-21S TO THE SENIOR SIDE

In what his predecessor Boothroyd described as an “utterly impossible job”, he must ensure that his side deliver on the international stage while also gift-wrapping his stars for if Gareth Southgate comes calling for some new blood in his senior group. The former Everton midfielder will need to utilise his man-management skills with this promising group of young players, harnessing their potential to produce top-drawer performances while also giving them new skills to take their game to the next level. This will benefit them if their club form impresses Southgate and they are then fast-tracked into the senior group – the knowledge passed down from Carsley will help with the transition.

The role will not just be about developing the players, but about preparing Carsley himself for a promotion into the senior set-up, whether that be assisting Southgate in the future, or getting passed the torch further down the line. One thing is for certain, the Young Lions are once again in the hands of one of football’s nice guys and the former Republic of Ireland international will be hoping he can play his part in helping England’s growth toward tournament success.

The Carsley era of the Young Lions begins at Stadium:MK on Tuesday as they host Kosovo Under-21s in a European Championship qualifier.