Football
News
Rangers72 relives the twists and turns of an extraordinary achievement by the 'Barcelona Bears' half a century ago
Ross Heppenstall
06:55, 24 May 2022

Although Giovanni van Bronckhorst’s class of 2022's own quest for European success fell at the final hurdle in the Europa League final last Wednesday, Rangers72 – a film made by The City Talking Studios – relives the twists and turns of an extraordinary achievement by the ‘Barcelona Bears’ half a century ago.

Just 16 months after the Ibrox disaster which saw the death of 66 supporters during an Old Firm game, legendary ex-player Willie Waddell guided Rangers to their only European trophy to date.

The City Talking’s Giuseppe De Luca, who wrote and directed Rangers72, said: “Beauty can be found in places you least expect it.

“Certainly Glasgow in the early Seventies was not the cool, vibrant and growing metropolitan city it is today.

“Back then many Glaswegians had a hard life and football was a massive escape.

“It’s important to realise how the city and the club felt at that time, in order to realise why this story matters so much.

“Glasgow is one of the few cities in the world with a pure religious divide but it has such an incredible soul.

“The Old Firm rivalry was exacerbated by Celtic becoming the first British club to win the European Cup in 1967.

“Rangers and their fans were desperate for their own European glory and in 1972 a group of ordinary lads did something quite extraordinary in remarkable circumstances.”

Lee Hicken is the founder and chief executive of the Leeds-based The City Talking Studios, who have previously produced films and docu-series’ about Leeds Rhinos and Leeds United.

Hicken said: “Rangers72 is about a team from different parts of Scotland who changed the course of Rangers’ history – and their own lives – with what they achieved.

“They remain close friends and that’s what we loved and really played on in the film.

“To hear such emotional stories from the majority of the team makes for compelling viewing.

“The fact that Rangers are now going for glory in Europe again some 50 years on adds to the intrigue.” 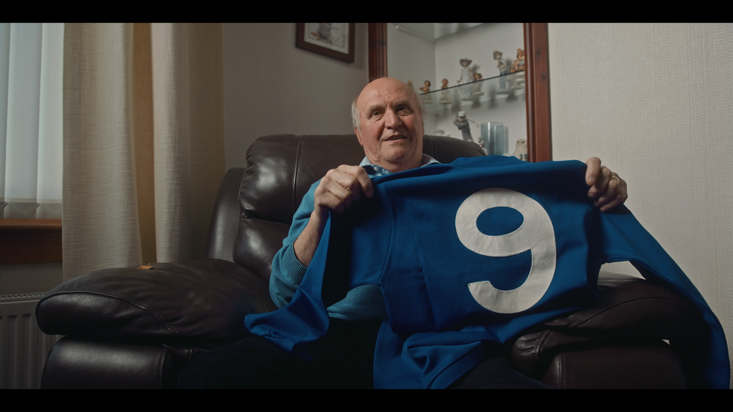 The European run featured some amazing stories – not least the second-round, second leg against Sporting, which ended 6-6 on aggregate in Lisbon.

Waddell’s men should have progressed on away goals but the referee was inexplicably unaware of UEFA’s new rule and instead ordered a penalty shoot-out which Rangers promptly lost!

After the rule book was examined, the Light Blues’ progress was confirmed and they saw off Torino in the next round before a mouthwatering semi-final showdown with Bayern.

The Germans boasted some of the finest players in world football history, including Franz Beckenbauer and Gerd Muller, but Rangers blew them away in front of 80,000 at Ibrox in the decisive second leg.

Across town that night, in front of another huge crowd, Celtic faced Inter Milan in the semi-finals of the European Cup, losing to the side they had beaten in the final in Lisbon five years earlier.

Waddell’s side overcame Bayern 2-0 at Ibrox to book their place in Barcelona, having tasted defeat in the final of the European Cup Winners’ Cup in 1961 and 1967.

The game at the Nou Camp on May 24, 1972 featured pitch invasions as sections of the 25,000-strong Rangers following clashed with the fascist Spanish dictator Francisco Franco’s police.

This meant that Waddell’s players could not be presented with the trophy on the pitch and led to a two-year ban from European football for Rangers, later reduced to one year on appeal. 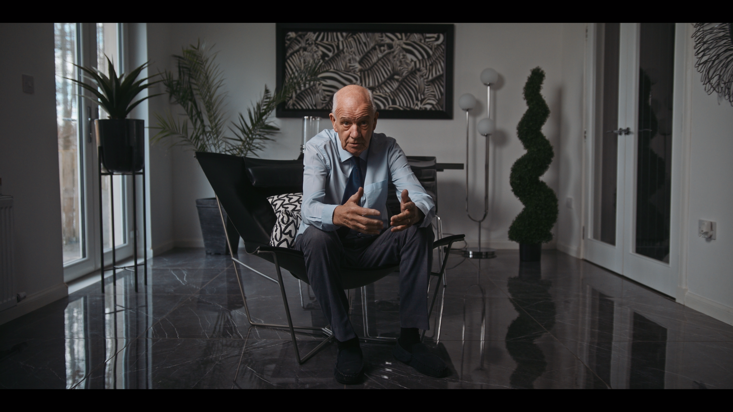 The film also features handwritten notes and tactics by the late, legendary Waddell from the 1971-72 campaign.

Mathieson, the popular defender who played in all nine European games that season, said: “Willie Waddell was central to what he achieved because he got his tactics right in every game.

“Jock Wallace’s fitness regime was another key factor because we were fitter than anyone we faced.

“Perhaps above all, we just had so much pride and passion in pulling on the Rangers jersey. In the end, that told.

“It was emotional being interviewed for the film and I’m sure watching it in full will be a similar experience.”

Many of the squad have been reunited for recent anniversary celebrations.

And with Rangers to face RB Leipzig in the Europa League semi-finals, Mathieson added: “What we did half 50 years ago was epic.

“For Rangers to go all the way again now would be unbelievable.”

Rangers72 is available on DVD and BluRay now.

The film and accompanying coffee-table book is available at rangers72.com. Details of digital release will be announced soon