As Chelsea drew 0-0 at home to Brighton at Stamford Bridge to edge into the top four, it was a game that will not live long in the memory for anybody watching on. There were few chances, there were no incredible goals, there were hardly any storylines on show. But what it was, was a fully-fledged competitive Premier League game. As Chelsea began the process of withdrawing from the ‘European Super League’ in doing so, they restored sporting integrity to the Premier League.

This game mattered. It was poor, but at least the result mattered, something that felt like it was distinctly missing at Elland Road last night. Chelsea earned this point against a good Brighton side, who have caused the big side's problems this season, often without reward. Thomas Tuchel’s side attempted to find the breakthrough, but it was Graham Potter’s visitors who looked the more threatening throughout as the Seagulls once again struggled to put the finishing touch to their creativity.

In earning this point, Chelsea summed up exactly what the Premier League is all about. There are no easy games, the rich clubs don’t just win because of their bank balance, instead, the eleven players must go out and prove themselves to be superior. It was competitive and Chelsea had something to aim for once again.

Brighton midfielder Adam Lallana summed it up well at full-time: “I was saying to one of the other lads I had this funny feeling all day. When we heard teams had pulled out it went away. I am not sure what has happened during the game. What has been shown is that together we are stronger than anything. It is great to see everyone coming together as one. We want games like this to have meaning. We are fighting for our lives, Chelsea are going for the Champions League."

Finishing in the top four is vital for Chelsea, and if they fail to do so and also fail to win the Champions League this season, they will face the financial consequences. That is how it should always be. If you don’t perform on the pitch, you are not rewarded. It is the very basis of the sport that we love that nobody is guaranteed success, and that was one of the major reasons why fans were left so angry by the proposals. 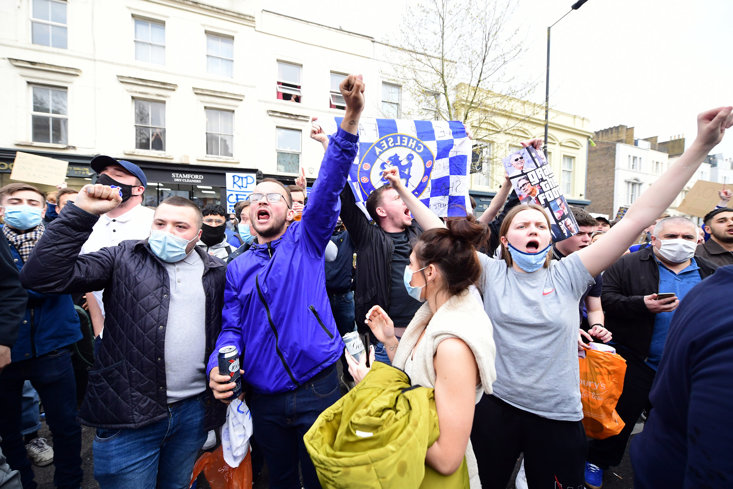 The English football pyramid goes so much further than just the Premier League and the fundamentals of every single club were put to the test over the past couple of days. Brighton have fought their way up from being homeless in the lower leagues to make their way into the Premier League and compete with sides like Chelsea. If there was to be no end goal for the lower league sides, no way of competing with the ‘big’ teams, what would be the point in playing at all?

Perhaps a 0-0 was the most fitting result we could get on a night like this. As Europe’s evil Super League fell apart in front of our eyes, after being set up on the weakest of foundations, the integrity of the Premier League was restored. It may have been 0-0, it may have been a little dull, but it was competitive football in the top flight once again. Changes will have to be made in terms of club ownership and the current owners of the breakaway clubs will have to be punished, but for now, let’s just enjoy the simplicity of football that matters.