An injury-time strike from Magomed Ozdoev cost Chelsea top spot in Group H as the Blues crumbled to a 3-3 draw against Zenit St Petersburg. It was a night of defensive woes for Thomas Tuchel’s side as Cesar Azpilicueta, Andreas Christensen and Malang Sarr struggled to deal with the onrushing forwards in Russia.

Kepa Arrizabalaga denied the home side on several occasions but could not keep out the late equaliser, while Timo Werner enjoyed a stunning performance, with two goals, but ultimately it was not enough to secure top spot for his side which means they could play the likes of Bayern Munich or Real Madrid in the next round.

And yet it all started so well for Tuchel’s men. The Blues got off to the perfect start as Werner was on the line to tap home from a corner. Ross Barkley’s delivery was flicked on by Christensen and the German was on hand to tap home the quickest goal Chelsea have ever scored in this competition.

Despite making eight changes to his team with qualification already secured, Thomas Tuchel’s team got off to a flyer in Russia. However, what looked like a straightforward night that could have seen Chelsea take top spot and avoid a top seed soon turned to disaster as Zenit turned things around with two goals in quick succession.

After Chelsea’s back three failed to clear, Claudinho was left completely unmarked as he got down to head in Douglas Santos' left-wing cross. The Blues, who have looked so composed at the back so far this season were suddenly all at sea. Chelsea's run of consecutive Champions League matches without conceding multiple goals ended at 18 when Sardar Azmoun ran onto a Malcom pass to round Kepa, and slot home.

It was a smart finish but again the Blues’ defence parted like the Red Sea and they almost conceded a third moments later as Kepa denied Azmoun on the edge of his box. Given Tuchel’s men had only conceded one goal in the five matches prior to this in the tournament, and five in the aforementioned 18-game run - there was a sense of disarray we simply hadn’t seen from this team. Many will point to the fact that this back three, made up of Azpilicueta, Christensen and Sarr is far from their usual outfit, but still their ineptitude was worrying, especially from the two senior pros. 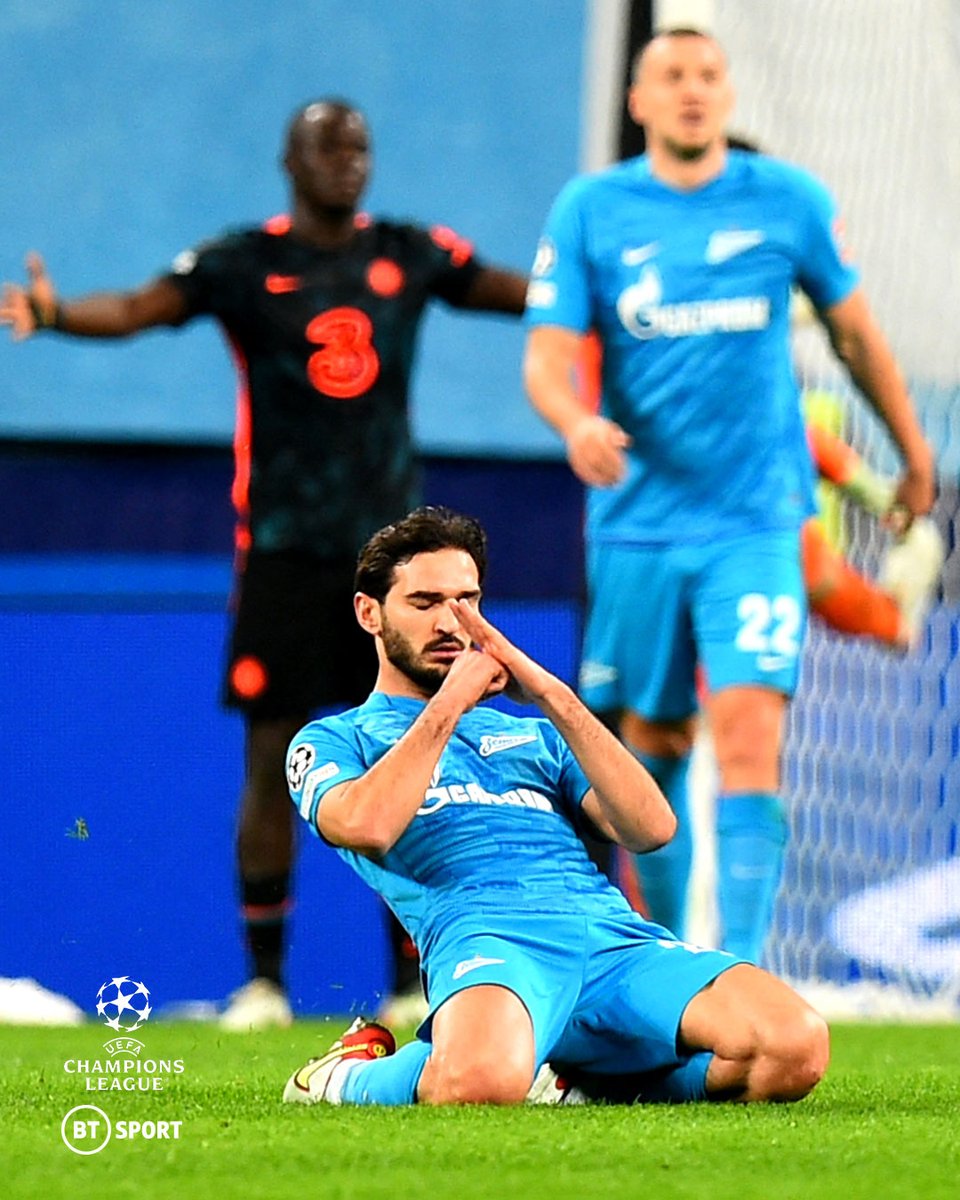 However, despite the defensive worries, this is a Chelsea attack that can compete with any in Europe, and they showed it in the second period. Romelu Lukaku, on his road back to full fitness, tapped home from close range after man of the match Werner instigated a clever one-two on the edge of the Zenit box.

Juventus’ 1-0 win over Malmo courtesy of an early Moise Kean goal meant that Chelsea simply had to find a winner to avoid surrendering top spot to their Italian counterparts. Then Werner stepped up to the plate with just five minutes left on the clock.

A pass was fired into him by Christian Pulisic and he shifted the ball quickly into the box before finishing with aplomb into the back of the net. For all the criticism he has received in front of goal, this was the finish of a confident striker who is able to contribute massively to Chelsea’s European campaign.

Yet, just when it looked like Chelsea had got the job done and secured top spot - they conceded a goal that they simply could not recover from. With 92 minutes on the clock, Magomed Ozdoev struck from the edge of the box to rob the visitors of top spot.

This was Chelsea’s worst performance of the season from a defensive point of view, and for the first time this season it has cost them - but at the other end, a returning Lukaku and in-form Werner have the firepower to damage any defence on the continent. Even Bayern Munich.