Football
News
Reading stunned the champions with a 1-0 win, despite only having one shot on target
Simon Lillicrap
14:09, 13 Dec 2021

It may have unfolded like something out of Football Manager 2022, but Chelsea’s shock 1-0 loss to Reading this weekend has given Arsenal a four point lead at the top, and real belief that they can go on and win the title.

It’s something that the Gunners have only done once since 2012 but under Jonas Eidevall, that winning feeling keeps on coming and now the north Londoners have built up a real sense of momentum as we approach the winter break.

For Chelsea, not used to being the hunters in this situation, having lost just one game all season last year on their way to a second consecutive title under Emma Hayes, this loss represents a frustrating reflection of the fact that things aren’t quite going as smoothly as they did in 2020.

Against Reading, they utterly dominated. 34 shots, five on target, 77% possession and nearly 600 passes. The Royals could only manage one shot on target but Deanne Rose’s 4th minute strike was enough to earn them an outstanding 1-0 win. Kelly Chambers’ side had a shocking start to the season, losing their opening four matches but now they have now won four of their last five games to rise up 8th in the league.

Given their new-found form, Reading deserve huge credit for managing to shut out a Chelsea side that had scored in every domestic game so far this season. In fact, only Juventus in midweek were able to keep a clean sheet against them since Barcelona did the same in the Champions League final but this recent shyness in front of goal will worry their manager.

Fran Kirby and Sam Kerr, who have both been so crucial in terms of their attacking returns have the last two games and yet it seems they have lacked that clinical touch in front of goal. Meanwhile Arsenal, who were so handsomely beaten by the Blues in the FA Cup final, showed no such issues as they thumped a woeful Leicester side 4-0.

Chelsea FC Women
@ChelseaFCW
We gave it everything. 💪 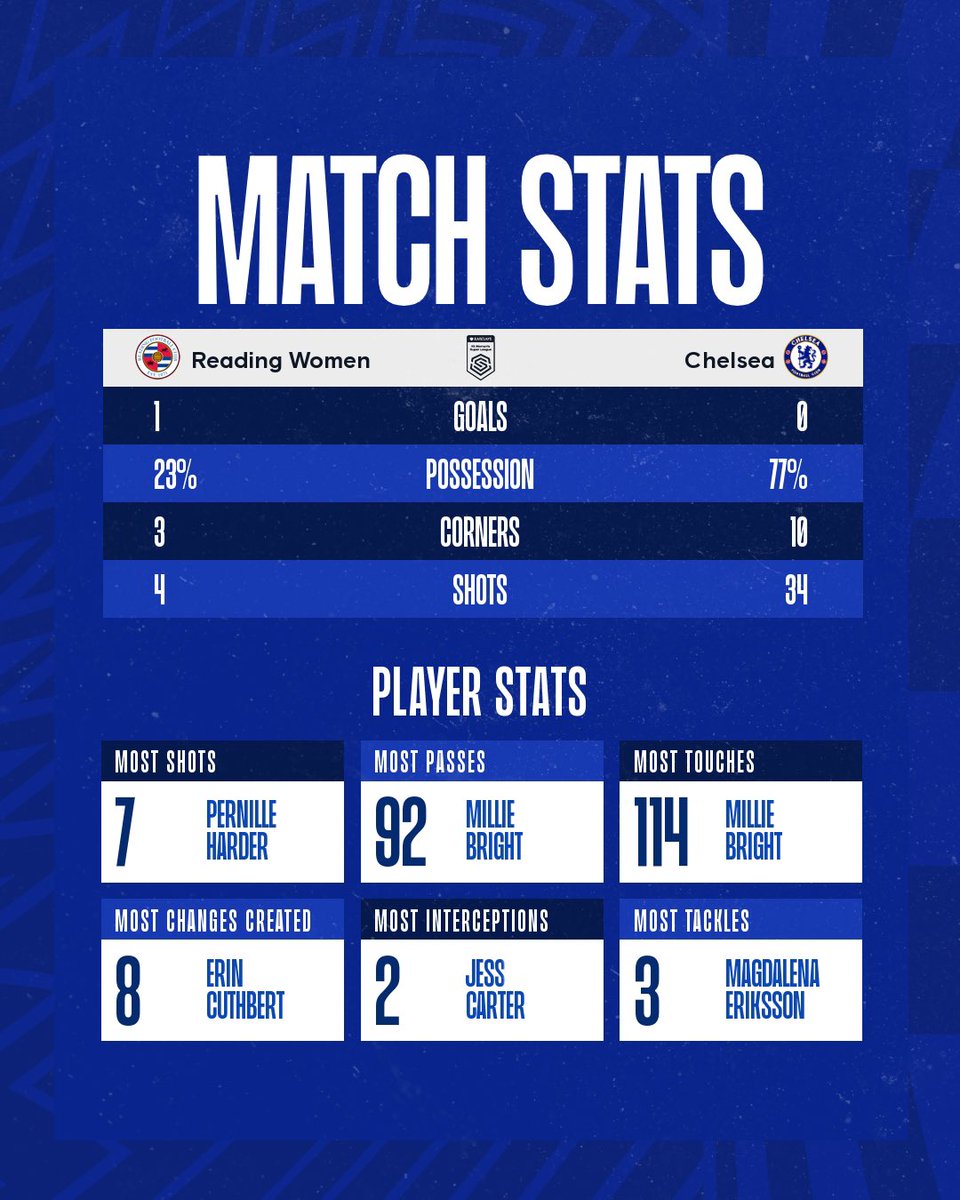 Vivianne Miedema will make the difference for them in that regard, but importantly for both clubs, the WSL is a division that can be decided by tiny margins. Both Manchester City and Chelsea only lost one game apiece last term as they battled for the title and given Hayes’ side have already lost two this term, including one to the Gunners, you can see why a four point gap could prove quite significant.

Manchester City themselves are a shadow of the team they were last season but their results have picked up in recent weeks as Ellen White’s last minute goal secured a 3-2 win over Birmingham, while Manchester United have struggled to match the standout duo, as they did at times last season.

Although Brighton deserve huge credit and Tottenham are going well in third, this league will be won by either Arsenal or Chelsea. Ultimately, it will be the club that makes the fewest mistakes as we approach the halfway mark, but given Chelsea have already made two - including this unforeseen loss against Reading, Arsenal have a real opportunity to win back the title.