When the Football Association first decreed in 1883 that restarting play from the touchline should be done by throwing the ball in with both hands from above the head, who could have foreseen the fun and games that would follow in the ensuing years from that decision?

And even that wasn’t the start of it. From 1863 you could throw the ball in underarm with one hand, and it was a mad scramble to retrieve the ball first by either side that decided which team resumed play, rather than off whom the ball came last before exiting the pitch.

An often much overlooked and unheralded aspect of the game has once more been ‘thrown’ into the spotlight this week after events on Wednesday night at Bristol City, and then subsequent comments from QPR manager Mark Warburton whose side were preparing to face the Robins in the Championship on Saturday.

After a 1-1 draw at Ashton Gate, Luton Town manager Nathan Jones was furious about what he claimed was “gamesmanship” from the home club. Whenever City’s Czech centre-back Tomas Kalas came up to launch one of his long-throw missiles into the penalty area, there seemed to be a towel available for him to dry the wet ball and his hands for greater grip and purchase.

According to Jones, also irritated by the time being taken up by the process, any such towels were mysteriously absent when it was Luton and Harry Cornick attempting to do the same thing, something he branded an “absolute disgrace”. 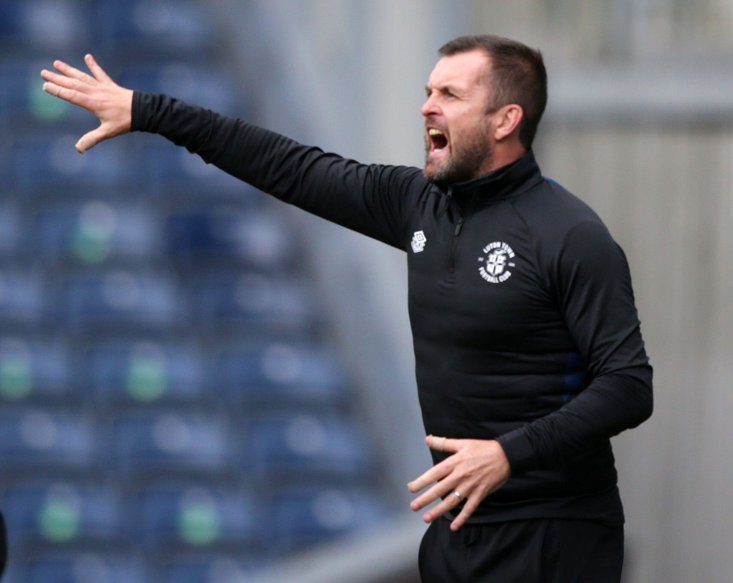 And this debate over what some teams regularly use as a weapon and see as a useful addition to the armoury, and those who can’t abide the practice and see it as cheating the fans of real action, clearly struck a chord with former Nottingham Forest, Brentford and Rangers boss Warburton.

Not only did the former City stockbroker have sympathy with Jones over the towel situation, but his bigger gripe was the detrimental effect all the long-throw theatrics and antics can have on the time the ball actually spends in play.

He said: “We look at the strengths and weaknesses of the opposition, so of course we have looked at the long throws. But I’d love to have the power to limit the amount of time taken to take a throw into the box.  I watch some teams play and every throw-in becomes a set-piece.

“The game stops, slows down, centre-backs jog up, and it can take up to a minute to get the ball back into play. They are a weapon, but it becomes nonsensical.

“I have seen in the past the ball in play for 46 minutes in a match, and then also for 64 minutes – 18 minutes difference, and it is set-pieces that are the difference. In that comparison fans have missed out on 18 minutes of entertainment. If it was a singer, there’d be uproar if they cut their concert short by 18 minutes.”

Kalas is just the latest exponent of the art – and no examination of the phenomenon would be complete without the name of Rory Delap. His launched rockets for Stoke under Tony Pulis frequently ruffled the penalty-area feathers of Arsenal and many other Premier League sides. But though they all knew exactly what was coming, the crude tactic still brought rewards. 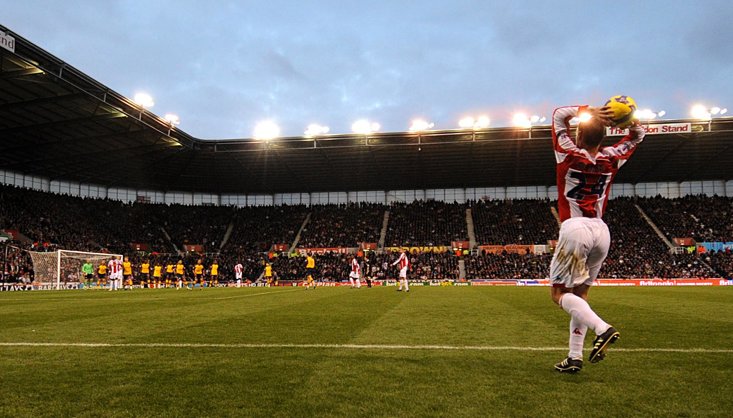 And another master-practitioner, Aron Gunnarsson, contributed hugely to one of England’s most humiliating defeats in recent history – the 2-1 defeat to Iceland in the last 16 of Euro 2016.

On the back page of at least one national newspaper in England on the morning of the tie, Gunnarsson told Roy Hodgson and England exactly how Iceland were going to breach the England defence by aerial bombardment – that he was going to hurl the ball in from touch, and his central defender team-mates would cause chaos and hope to feed off the scraps.

“It is a weapon especially for us because we have the kind of players who can head the ball on, and we managed to score from it against Austria in the group stage,” Gunnarsson had said.

Sadly, though, it seemed Hodgson and the England defence never got the memo. From Gunnarsson’s first long throw one centre-half Kari Arnason flicked the ball on, and the other Ragnar Sigurdsson bundled the ball in past Joe Hart. 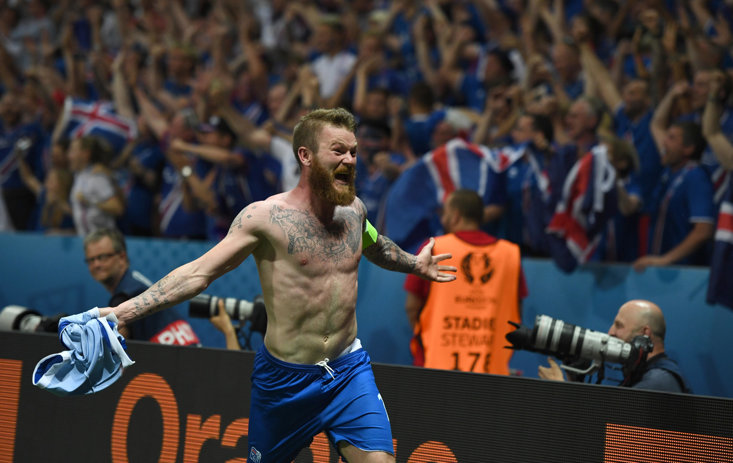 The roll-call of honour doesn’t stop there, though. The current world record holder for distance for a football-style long throw-in is America’s Michael Lewis, who using the ‘flip-throw’ technique – almost handspringing and somersaulting forward after running up and planting the ball on the ground – achieved an absurd distance of 59.817metres, or 196 ft 3ins in old money.

And there are others, famous at their own clubs and often beyond those parochial circles. Dave Challinor at Tranmere was a former world record holder, as were at one time or another American Michael Lochner, Yorkshire PE teacher Danny Brooks – and also the current Liverpool throw-in coach, Dane Thomas Gronnemark.

An honourable mention too for former Newcastle and Everton utility player Steve Watson - often credited with pioneering the 'flip' technique in the 1990s that has since spawned almost every record attempt.