Football
News
Every other country seems to enjoy their league vs cup winners game, so why not England?
Joey Mills
11:30, 30 Jul 2022

English football’s traditional curtain-raiser takes place this weekend, as Premier League champions Manchester City face FA Cup holders Liverpool in the Community Shield. The showpiece should be a thrilling contest between two teams who have been far and away the best in the country in recent years. But enthusiasm for the annual season opener is relatively low. England as a nation has never quite warmed to the Community Shield.

Jose Mourinho was mercilessly mocked for imploring his Manchester United side to lift up three fingers in the wake of their 2017 Europa League triumph. The implication was that United had completed a treble of sorts, having also lifted the League Cup and Community Shield that season. While no one was disputing the former competition was an achievement worth marking, many pundits and fans were quick to pile-on the now-Roma manager for him lauding the unloved Shield as a genuine trophy.

But in fairness to Jose, his reaction owed as much to his background in the game as it did his perceived arrogance. Most countries stage their own league champions vs cup winners match with silverware on the line. Mourinho has won the Supercoppa Italiana, Supercopa de Espana and SuperTaca Candido de Oliveira; Italy, Spain and Portugal’s versions. In all these countries, and plenty of others, winning these super-cup games is seen as a major achievement. Mourinho treated the Community Shield as a major trophy because, in his experience, it is one.

English football has a long history of sneering at trophies they don’t consider “proper”. The Europa League is considered a major prize across Europe but still meets with jibes about Thursday nights and its lowly status compared with the commercial juggernaut of the Champions League. The Europa Conference League was barely a blip in England for similar reasons. The League Cup is constantly belittled despite the 62 years of history behind it and even the FA Cup, the world’s oldest cup competition, is derided as “devalued”. 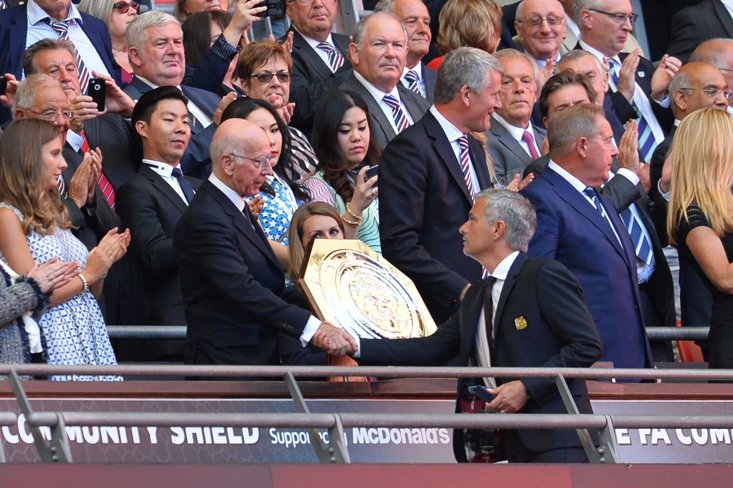 Further afield, the Club World Cup has struggled to carry weight in England, despite being seen as a major honour almost everywhere else. The European Super Cup, an annual clash between the Champions League and Europa League winning sides, also struggles for the kind of cultural cache in England that it enjoys across the rest of the continent. For a generation of fans, only the Premier League and Champions League seem to exist.

On paper, the Premier League winners meeting the FA Cup winners sells itself. Whether the game sees the two best teams in the country square off, as will happen this year, or a dominant champion taking on an underdog like last year’s shock Leicester City win over Manchester City, there is excitement to be had. Add in the fact that, while Euro 2022 has ably scratched our football itch this year, the return of club football is something to be celebrated after a summer away, and you get quite the attractive package.

The Community Shield deserves our love. Not all trophies were created equal but, just like the League Cup is not as important as the Premier League and the Europa League is lesser than the Champions League, the Community Shield can have a place among the game’s big prizes. That place can be towards the bottom of the totem pole, sure, but the grand old Shield should have a place nonetheless. So go ahead Jose, throw up those three fingers. But for the love of God don’t turn around to Manchester United fans and claim you won “the treble”.

liverpool are evens to lift the community shield with betfred*