Football
News
Victory over Bodø/Glimt on Thursday night should provide the Hoops with a platform to embark on a deep run
Graham Semple
11:05, 17 Feb 2022

‘With all due respect to the competition, I’m not sure what it is,’ remarked Brendan Rodgers in December - when commenting on Leicester City’s impending involvement in the inaugural Europa Conference League.

UEFA’s new third-tier tournament has been derided in some quarters. It lacks the glamour and gravitas of the Champions League and the depth and quality of the Europa League, but the competition is delivering on its primary objective.

The tournament's raison d’etre is to provide clubs outside the big leagues with more opportunities to experience European competition - and teams from Austria, Azerbaijan, Czech Republic, Denmark, Norway, Scotland and Serbia will all compete this evening.

Over time, the Conference League could become a quirky alternative to its more high-profile and established counterparts. There is a lack of variety in the Champions League, the group stages are often monotonous, and UEFA’s new tournament could thrive on the unpredictability factor.

Celtic will be hoping their Conference League debut goes according to plan. The Premiership league-leaders welcome Bodø/Glimt to Glasgow, and Parkhead will be bustling ahead of the knockout round play-offs.

Bodø/Glimt generated global headlines by trouncing Roma 6-1 in October, but they are a weaker outfit than a few months ago. The Norwegians have sold four of their outstanding performers and are currently in pre-season mode, with their league campaign not due to start until the first weekend in April.

Ange Postecoglou has, to his credit, been bullish in his response to questions surrounding his side’s appetite for the Conference League. He is targeting a deep run - and the tournament provides the Glasgow giants with a chance to banish anguish from previous excursions abroad. 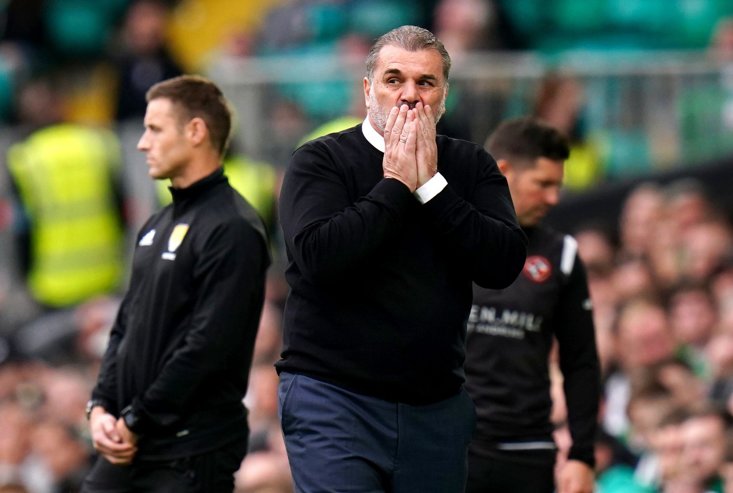 Celtic are unlikely to have a better chance to make headway at the business end of a European tournament. They are rampant domestically, overflowing with confidence and about to encounter under-cooked opposition.

Basel, Feyenoord, Leicester City, Marseille and PSV Eindhoven are amongst the teams remaining in the competition. Jose Mourinho’s charges are favourites to lift the trophy in Tirana, but Celtic will not be overawed by the prospect of encountering the majority of sides left.

The primary objective for Celtic is to recapture the league title and return to the lucrative Champions League group stages. They are in pole position to achieve championship glory, yet an extended European run would supplement, rather than hinder, their title bid.

Celtic were vibrant and free-scoring in the Europa League. They were relentless in the final third, but defensive mishaps led to their demise. Naive defending cost them dearly, and they conceded 15 goals in the group stages - more than any other team in the competition.

Postecoglou is not one to compromise when it comes to his philosophy. His expansive style has taken Celtic to the Premiership summit, but his unwavering approach can lead to difficulties on the road against high-calibre opposition.

A Scottish club has not won a European trophy since Aberdeen overcame Hamburg in the 1983 Super Cup. The Old Firm have come close to ending the drought, but the wait continues. When an opening emerges, as it could for Celtic this year, it is vital to embrace the possibility.

The Conference League was not on Celtic’s radar when they entered the qualifying stages of the Champions League in July, however they now have a third chance to make a big splash on the continent.

Celtic are expected to overcome Bodø/Glimt - and victory over the Norwegians should provide them with a platform to embark on a deep run.

Celtic are 4/9 to beat Bodø/Glimt with Betfred*

x
Suggested Searches:
The Sportsman
Manchester United
Liverpool
Manchester City
Premier League
More
football
Scotland Secure Nations League Promotion Thanks To Dogged Defending
Scotland have done it. They have been promoted to UEFA Nations League A after they secured a hard-earned [ ... ]
football
Why Do We Love Our Football Club - Part Two: The Stadium
In this five-part series, The Sportsman will be exploring one of football's biggest questions. Just [ ... ]
football
Former Chelsea Midfielder John Obi Mikel Retires From Football
Former Chelsea midfielder John Obi Mikel has announced his retirement from football. The Nigerian has [ ... ]
football
England v USA Squad: Lucy Parker And Jess Park Earn First Lionesses...
Sarina Wiegman has recalled Fran Kirby and Euro 2022 final hero Chloe Kelly to the England squad, while [ ... ]
football
Jude Bellingham: Birmingham City Fans Knew He Was Destined For...
Across the whole of Europe right now, there is one player on everyone’s lips. Jude Bellingham [ ... ]
football
Out Of Time: The World Cup Is Arriving At The Worst Moment For...
World Cups are supposed to be in summer. They just are. But sometimes a break from tradition can be [ ... ]
football
Chris Wilder To Bournemouth: What's Gone Wrong For Wilder At...
It was set to be the match made in heaven, but now Chris Wilder is in the middle of a nightmare as the [ ... ]
football
Gareth Southgate's Eight Nailed On England Starters For The...
That’s it. All the warm-up games are now done and although England are now six without a win, [ ... ]
football
LIVE Football Blog: Final Day Of Nations League As International...
At long last, the international break comes to an end tonight with the final round of UEFA Nations League [ ... ]
football
Scotland's John McGinn Targets Nations League Promotion Amid...
He captained his country to two significant victories, earned his 50th cap and became Scotland’s [ ... ]
football
England 3-3 Germany: Southgate's Subs Lift The Mood As Goalscoring...
When Gareth Southgate’s England side were battered and bruised against the ropes, their nose bloodied [ ... ]
football
Why Do We Love Our Football Club - Part One: The Fans
In this five-part series, The Sportsman will be exploring one of football's biggest questions. Just [ ... ]
football
Long Live The Meaningless Friendly: Why The Nations League Has...
The dust has settled on England and Wales’ relegation from Nations League Group A. The ramifications [ ... ]
football
The Search For Harry Maguire: England’s Most Confounding Footballer
Harry Maguire is English football’s greatest enigma. Everyone has an opinion on what he is and [ ... ]
football
Watford Sack Manager Rob Edwards With Slaven Bilic Announced...
Rob Edwards has been relieved of his duties as Watford boss just 10 games into the Championship season. [ ... ]
football
Eric Cantona Offered To Become Manchester United's First President...
Legendary former Manchester United star Eric Cantona has revealed that he offered his services to take [ ... ]
football
Why Trent Alexander-Arnold Shouldn't Be In England's World Cup...
It’s the experiment that causes more debate than any other. But after being omitted from the England [ ... ]
football
LIVE Football Blog: England Host Germany In Final Game Before...
England return to Wembley tonight to compete in the Three Lions' final game of their Nations [ ... ]
football
Southgate Should Let Attackers Play With Freedom Against Germany
The mood surrounding the England national team isn’t great. We are less than two months away from [ ... ]
football
Missed Chances And Lewandowski Magic Relegates Wales
Wales have been relegated to League B of the UEFA Nations League after suffering a 1-0 defeat against [ ... ]
football
Chelsea Overcome Poor First Half Against Manchester City For...
Reigning Women’s Super League champions Chelsea are up and running this season as they defeated [ ... ]
football
Live Football Blog: Women's Super League + Wales Take On Poland
Good afternoon football fans! We've got Women's Super League action on the menu today as West [ ... ]
football
Grading Every Premier League Club So Far: A's For Arsenal, Fulham...
The international break is here and so what better time for Premier League clubs to take stock of their [ ... ]
football
LIVE Football Blog: All The Latest News From The World Of Football
Today we get our afternoon started with the Women's North London Derby between Arsenal and Tottenham, [ ... ]
football
What The 'Big Six' Premier League Managers Need From This International...
International breaks are strange times when you’re a club manager. At the top end of the Premier [ ... ]
football
Granit Xhaka: Arsenal Midfielder's Renaissance Is No Surprise
Arsenal have been a joy to watch. When was the last time we said that? Mikel Arteta’s side [ ... ]
football
Italy 1-0 England: Three Lions Relegated From Nations League...
England fell to another painful defeat to Italy which this time saw them relegated from League A of [ ... ]
football
Women's Super League Week 2: Arsenal Hammer Spurs In North London...
Arsenal 4-0 Tottenham Hotspur  The North London Derby at the Emirates Stadium didn't disappoint, [ ... ]
football
Brendan Rodgers Has Punched Above His Weight At Both Liverpool...
Brendan Rodgers is sleeping with a suitcase under his bed right now. It feels like this is the end game [ ... ]
football
Bukayo Saka Named England Player Of The Year For 2021-22
Bukayo Saka has been named as England’s Player of the Year for the 2021-22 season. The winger [ ... ]