Football
News
The Portuguese star scored a brace late on to overtake Ali Daei as the highest international scorer ever
Conor Keane
22:18, 01 Sep 2021

Cristiano Ronaldo made history after two late goals against the Republic of Ireland made him the all-time leading international goalscorer, overtaking Iran’s Ali Daei, as Portugal came from behind to win 2-1 in their World Cup qualifier.

In a game that was expected to be a whitewash for the home nation, A Seleção had to push hard to get a result against Ireland, who defended with their lives until Ronaldo’s towering header at the death levelled the scores. A testament to the Portuguese talisman’s character, he never gave up and fought tirelessly to grab the record-breaking goal. In what has been another breath-taking moment in the career of a legend, it seems the book of Ronaldo still has pages left to be written.

It was a cruel end for Ireland after what had been a largely positive display, they just ended up losing to a side boasting one of the greatest players the beautiful game has ever seen. Stephen Kenny’s side gave a valiant performance that actually deserved a positive outcome, but while they will be in pain in the aftermath, there were still some positives for them to take moving forward.

They started off brilliantly, causing the Portuguese defence numerous problems. Captain Seamus Coleman rolled back the years with an exceptional balanced performance which included some great late bursting runs to give his attackers support. The team knew what was at stake and they all played for each other, and they will be gutted that nothing came from their battling performance. 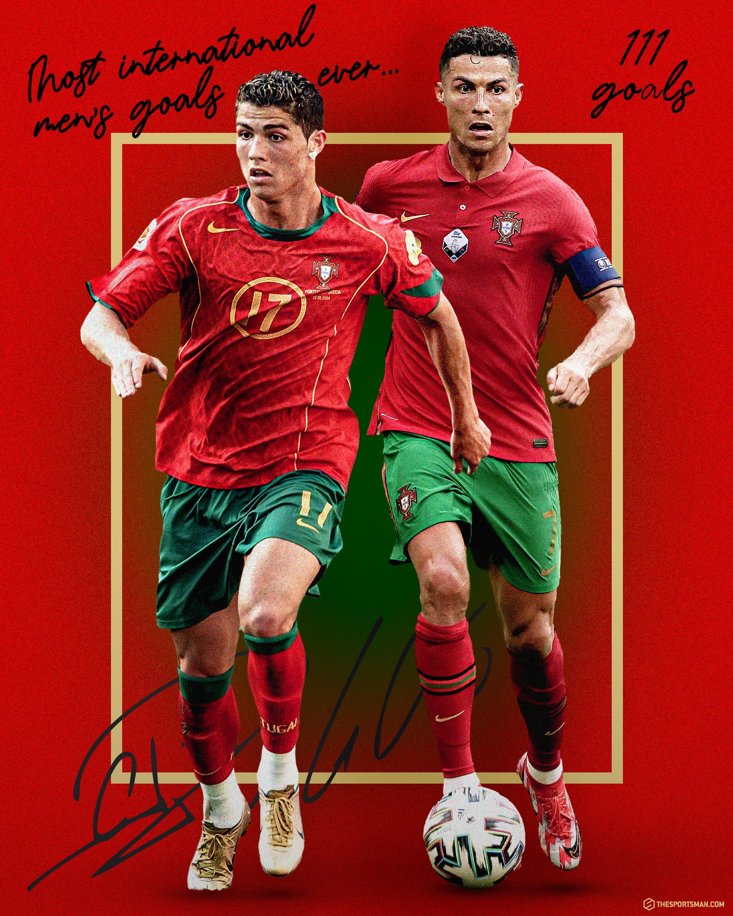 Ronaldo had an early opportunity to score the record-breaking goal after his new Manchester United team-mate Bruno Fernandes was clipped by Newcastle United’s Jeff Hendrick in the penalty area. When it came to the big moment, where Ronaldo usually thrives, he was beaten by young goalkeeper Gavin Bazunu who guessed the right way.

Ireland had a great chance to put themselves ahead from their first corner of the game but Shane Duffy could not get his foot on the ball as it came down. As the half went on, Ireland were the ones applying the pressure and they took the lead just before the break as John Egan rose highest from a corner to guide the ball past Rui Patricio. Immediately after, goalkeeper Bazunu almost went from hero to zero as an effort from Jota fumbled through the 19-year-old’s legs and could have found its way into the back of the net.

Ireland still carried their threat in the second-half but Portugal looked dangerous themselves. Fernandes had a curling effort from range narrowly miss the far corner and Bazunu was fully stretched. Aaron Connolly then had a great chance to extend the visitors’ lead but he fired wide from close-range, appealing that he had been fouled in the process.

Portugal threw men forward to turn the tide but missed great chances through Bernardo Silva and Jota as it looked like Ireland were going to come away with a historic victory. Then Ronaldo popped up, like he always does, to grab the headlines. First, his towering header shattered the all-time scoring record and then, with his second, virtually the last kick of the game and a carbon copy of the first, he shattered Irish hearts.

Elsewhere, in the friendly between Wales and Finland, Robert Page’s side were held to a 0-0 draw in what was a dull affair, where Harry Wilson had a penalty saved. Scotland lost their World Cup qualifier away at Denmark 2-0, conceding two goals in the space of two minutes, which will be cause for concern for boss Steve Clarke.