There are smiles on faces at West Ham. Jesse Lingard is smiling again, Craig Dawson too. The former was left on the Old Trafford scrapheap by Manchester United while the latter was relegated with West Brom and Watford and needed a helping hand if he was going to continue in the Premier League at the age of 30.

Then appeared David Moyes who rejuvenated the pair. The Hammers boss saw their qualities, their experience and gave them a new lease of life. On Tuesday night, they scored the goals in West Ham’s comprehensive 2-0 victory over Leeds as they pursue Champions League football. Win their game in hand and the east Londoners go above Chelsea and sit in the top four.

Lingard won his side a penalty and duly dispatched 20 minutes in before Dawson scored a diving header with such ferocity that he slid off the pitch on his chest with his arms outstretched like a plane. He and West Ham are flying and were out of sight within half an hour. 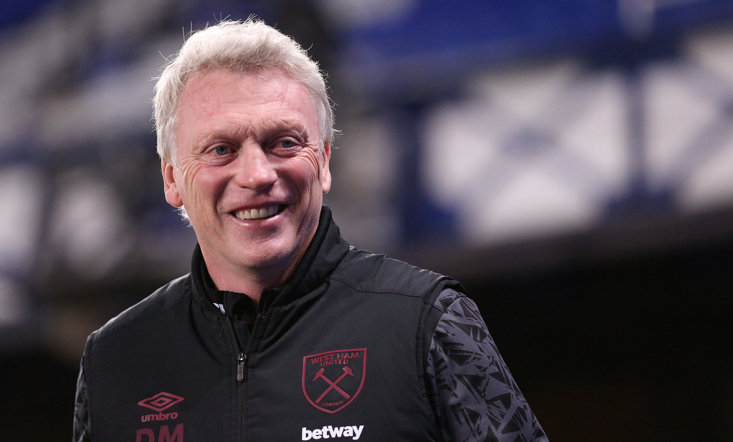 As assister and corner whipper Aaron Cresswell went over to congratulate Dawson, every player was grinning; Declan Rice, Tomas Soucek, Pablo Fornals, they’re all delighted to be challenging and enjoying their football, enjoying winning.

Moyes has been here before. It was at Everton in 2005 that the Scot guided a side tipped for relegation into the top four. It was a closed shop but he forced the Toffees in by giving belief to his players. He gave them responsibility, a defined role and made them incredibly organised and difficult to beat. Confidence grows and that’s where his teams excel. They fight together, they battle together and they smile together.

He’s doing it again with West Ham because West Ham have bought into David Moyes in his second spell. Deemed a failure at Manchester United, he later couldn’t stop Sunderland from getting relegated. They weren’t the right fit though. Managing the Red Devils was a big job full of egos while the Black Cats were too far gone.

West Ham are the right fit; like Everton, they were in a malaise and in need of a jolt. So too was Lingard. Dawson as well. They needed an arm round the shoulder, someone to believe in them, someone to rally them, to get the best out of them. 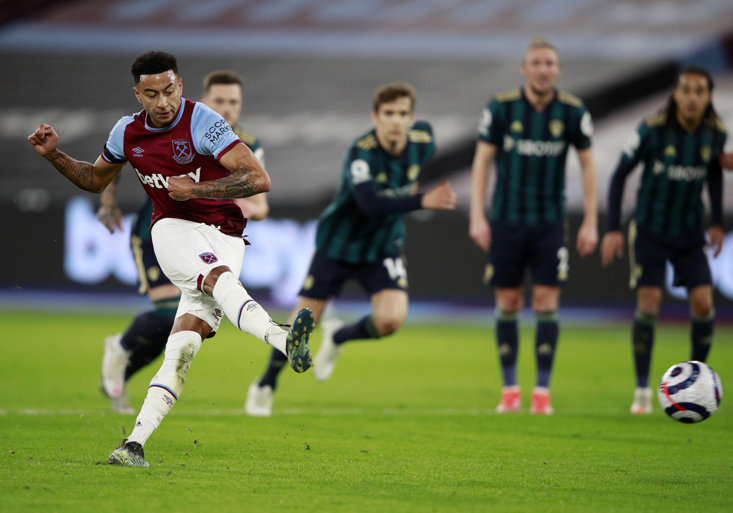 On Thursday’s evidence, Moyes has done exactly that. Leeds searched for a route back into the game, Raphinhia twice threatening, but West Ham had already got the job done.

Now, goalscorer Lingard is not Bruno Fernandes and so he was always going to fall down the pecking order at Manchester United. However, he can do a serious job in the Premier League. Always popping up in the right place in the right time, he provides purpose and urgency in the final third. Three seasons ago, he scored eight Premier League goals in one campaign for his former club. At West Ham, where he is far more of a key player, already he has four goals in six appearances.

Getting the winners against Aston Villa, on his debut, and then Tottenham, he has been a vital boost for the Hammers as they look to qualify for Europe. A perfect January signing, providing a timely boost just as Mikel Arteta did for Moyes’ Everton sixteen years ago.

Dawson too, is a threat, now with three goals from 12 appearances in defence. Clearing a ball off the line deep into second half saved his side a nervy finale against Leeds here. He’s come in to bolster a back line Moyes works tirelessly on and is doing the business in both boxes as West Ham grind out the wins.

This is what Moyes does. Like when renovating a house or doing up a car, sometimes it just needs a lick of paint or shiny new alloys to look good again.

Moyes, given time, restores football clubs, using bits and spare parts not wanted by others. He sees the value and gets the best out of what he can find. Lingard and Dawson are proof of that and have gone from the brink to potentially playing in Europe next season.

It’s no wonder they’re all smiling down at West Ham.