Chelsea’s defensive rocks proved tonight that they can defend the Champions League. A back five that has a bit of everything, molded to the touch of defensive master Thomas Tuchel, were once again pivotal as the Blues secured a 4-0 home win over Juventus that took them to the top of Group H and into the last 16.

For all of the attacking talent on display - as Tuchel chose to start with a front three composed of Hakim Ziyech, Callum Hudson-Odoi and Christian Pulisic, it was the back three who shone bright at Stamford Bridge.

Trevoh Chalobah has been one of the breakout players of this Premier League season and having spent last season on loan at Lorient, has now emerged as the latest star off the Chelsea production line. At just 22, he looks as composed as some of his more senior counterparts and although the Blues were fortunate when it came to the goalkeeper, his finish was exemplary.

After a corner was swung in, the ball appeared to accidentally hit the hand of Antonio Rudiger in the box before it fell to Chalobah who smashed the ball into the top corner. This more relaxed style of officiating and the slight rule change meant that surprisingly, the officials did not rule this one out.

Rudiger has been a rock-solid performer so far this term and now Tuchel has settled on his preferred two wing-backs of Reece James and Ben Chilwell, they look almost untouchable. One man who has not featured as much as he would have liked this term is Thiago Silva, but he showed his unwavering quality with a sensational goal-line clearance, when it looked as if former player Alvaro Morata had equalised.

It would be remiss not to mention the man in between the sticks for the Blues so this stat will have to suffice - Wojciech Szczesny has conceded more goals at Stamford Bridge this season than Edouard Mendy has.

N'golo Kante’s injury that saw him withdrawn will be a slight worry given his good form, but Chelsea looked so solid even after his departure and if anything improved going forward after the break. James, who has been in flying goalscoring form in recent weeks, got his name on the scoresheet after a clever chest down set up a thumping finish following a Chilwell cross.

Football on BT Sport
@btsportfootball
📌 Made in Cobham.
#UCL 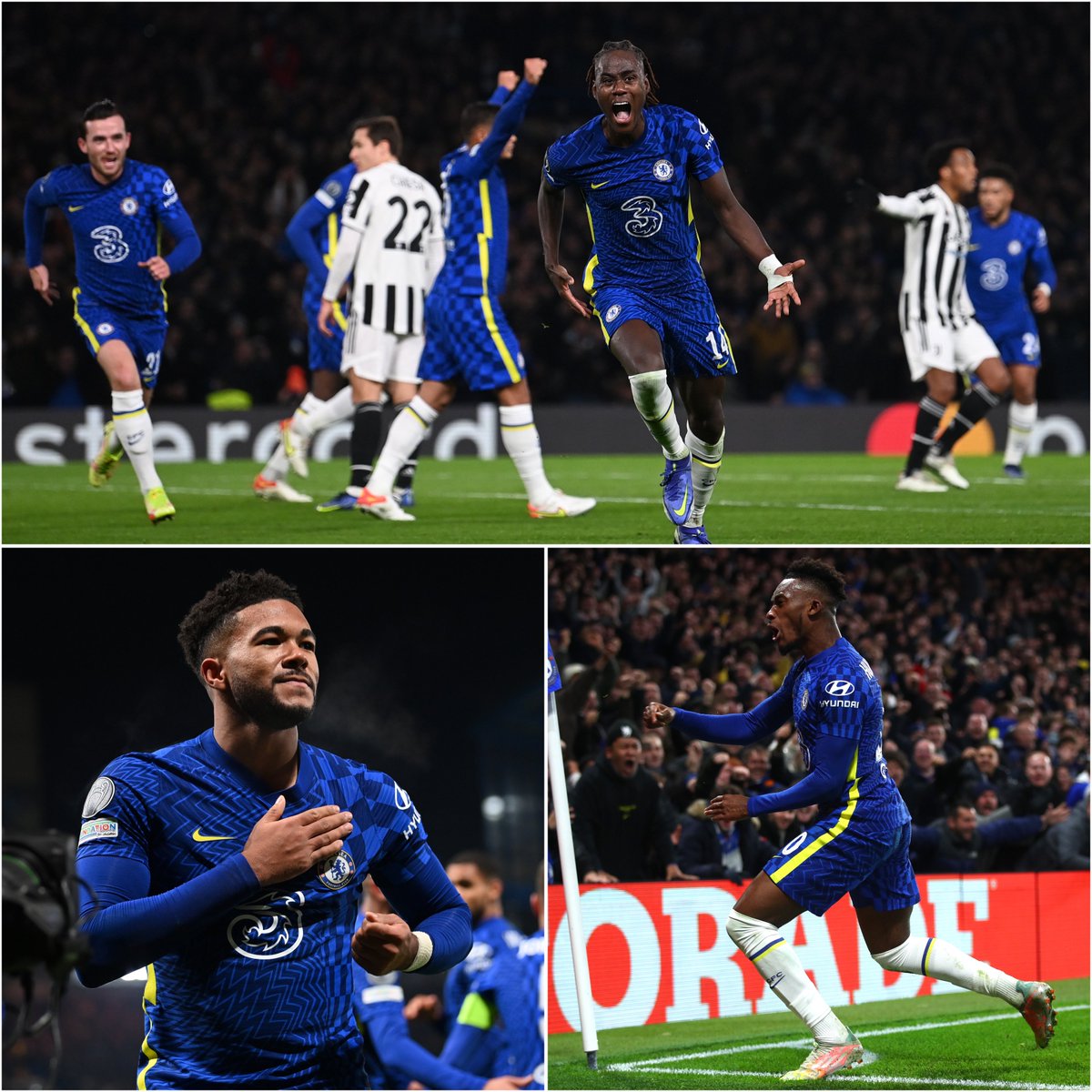 The Englishman is time and time showing that the battle for that spot in Gareth Southgate’s World Cup squad is far from straightforward, but he seems the front runner to play as a wing-back if a back three is preferred in Qatar.

If the second was a thumping finish, then the third was a work of art, once again created by the defenders. Rudiger hit a cross-field ball to James, who played the ball back to Ruben Loftus-Cheek who dribbled through and rolled the ball to Hudson-Odoi, who finished from close range.

It was a superb team effort that summed up just how good this Chelsea team, and this performance really was. For all of their big spending, with Romelu Lukaku left on the bench as he returns to fitness, it was three academy talents that got their name on the scoresheets for a Chelsea team who blew away one of Europe’s big names. Timo Werner tapped home a fourth in injury time to round off a sensational performance in Tuchel’s 50th match in charge.

There will be tests along the way, but the champions of Europe have the defensive ability and strength in depth to defend their crown.