After sacking Ole Gunnar Solskjaer, Manchester United now need to make a decision on what comes next but they will be wary of repeating their actions of three years ago which resulted in the Norwegian interim boss being handed the permanent job.

The move to fire Jose Mourinho and bring in Solskjaer on a temporary basis back in December 2018 paved the way for a sensational run which ended with a stunning comeback win against Paris Saint-Germain, persuading the club to hand Ole the manager’s job on a full-time basis.

That went against their original plan of having Solskjaer keep the seat warm until the summer, at which time Mauricio Pochettino would have been lined up to leave Tottenham Hotspur and become the new permanent appointment. The Argentine had done such an impressive job of building a platform for success at White Hart Lane that United were clear that he was the one they really wanted.

CARRICK 4/1 TO BE NEXT UTD BOSS - BETFRED

And now, three years on, they find themselves in a similar situation. Having met to discuss the right way forward after last season’s Europa League final loss, the board decided to stick with Ole despite misgivings over some of his tactical choices, not least in the penalty loss to Villarreal in Gdansk. But that has led them to a position whereby they are now looking for another stop-gap appointment.

A source close to developments has told The Sportsman that, following the 5-0 home defeat to Liverpool in October, the United board decided a change of manager was likely necessary and approached the then-unattached Antonio Conte about the possibility of taking immediate charge. However, the Italian insisted on being given guarantees in relation to the next two transfer windows but United refused to hand him such a licence and Conte ended up taking over at Tottenham instead.

Conte’s wasn’t the only name suggested, with Gareth Southgate being mooted thanks to his record of taking England to the World Cup semi-finals and the European Championship final. Zinedine Zidane was contacted but sources suggest he would have wanted a pre-season, while they would also likely have to wait until the summer if they were to make an approach for Pochettino due to his current commitments to PSG.

Brendan Rodgers’ great work with Leicester City’s young talents saw the former Liverpool manager also come into consideration. The Northern Irishman’s history with United’s great rivals was regarded to be far enough in the past, being the other side of impressive stints with Celtic and Leicester, that it would not come into the equation if he was handed the role long term.

Still though, Solskjaer was given the benefit of the doubt after that Liverpool humiliation and even in the face of the dropped points against a weakened Atalanta in the Champions League and chastening home loss to Manchester City which followed. But the 4-1 loss to Watford has brought the situation to a head. 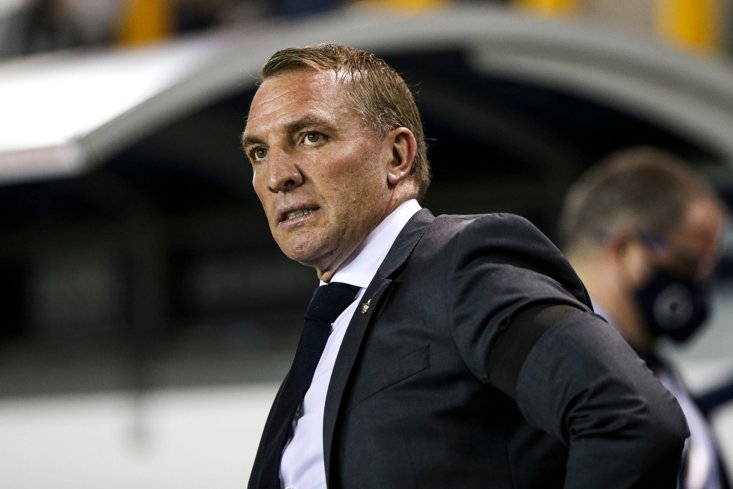 RODGERS IS AMONG THE CONSIDERATIONS

Having explained in their statement announcing Solskjaer’s sacking that: “Michael Carrick will now take charge of the team for forthcoming games, while the club looks to appoint an interim manager to the end of the season,” United clearly want to ensure that their pool of potential new bosses is wider when they eventually make a call on who will lead the club in the longer term.

As such, United are keen not to repeat the happenings of three years ago, but if Carrick gets off to a good start then there is always the chance they could extend his period as caretaker and end up with a similar scenario to that which saw Solskjaer handed the gig full time.

These are delicate times at Manchester United. The next decision made regarding the managerial hot-seat will be a crucial one, and all against the backdrop of a handing over of power in the boardroom as executive vice-chair Ed Woodward departs at the year’s end with managing director Richard Arnold expected to step in to the role.

We are about to find out if lessons have been learned.