When England host Northern Ireland in their Women’s World Cup qualifier on Saturday, all eyes will be on star striker Ellen White who could surpass the Lionesses’ all-time top scorer Kelly Smith as Sarina Wiegman’s side attempt to continue their red-hot form in front of goal.

The Manchester City star has been one of the standout performers in an England shirt in recent years, even before the Dutch coach took the reins last month. With 43 goals to her name she is just three behind Smith, who was recently inducted into the Women’s Super League Hall of Fame and expressed her admiration for the “all-round finisher” who she has no doubt will beat her record.

White will have two opportunities in the coming days to match or overtake Smith, with Latvia being the Lionesses' next opponents after Kenny Shiels’ Northern Ireland. And with two braces in her first two games under the stewardship of the former Netherlands boss Wiegman, it is increasingly likely that White will reach that milestone. She continues to develop as a player, even as she has reached her thirties, but with the high level she keeps performing at she will likely play at the highest level for many more years. 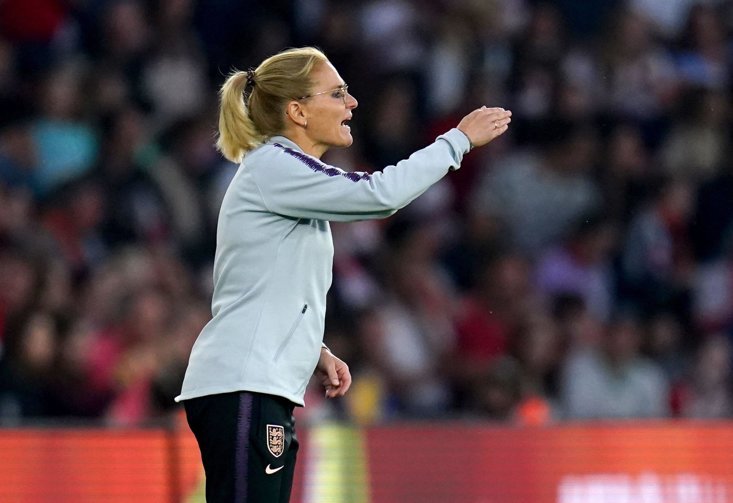 It was 11 years ago when current record-holder Smith scored her 41st England goal to take the record off Lionesses legend Karen Walker. Having experienced playing alongside her potential usurper for Arsenal, England and Great Britain, she knows all too well the quality White possesses. Speaking to the Press Association about her former team-mate, Smith said: “I’m sure it is going to happen in the upcoming games. Ellen is a fantastic person and I think her game has really evolved over the last few years.

“When I played with her she was a right winger and she’s now closing in on that record, she scores goals for fun. She’s developed her game so much, she is more potent in and around the box, the timing of her runs has really improved. She is an all-round finisher.

“If and when she does break that record, I’ll be the first to congratulate her. Records are there to be broken – I broke Karen Walker’s record many years ago. I’ll be delighted if she does and hopefully she can go on and get many more for England.

“When you have Ellen White on the pitch it breeds confidence throughout the team because of her goalscoring record. I think she has a great understanding with her England team-mates. She is potent in front of goal, and scores all kinds of different goals, that’s what is so good about her.”

It is not just former legends of the game that White has impressed, her current England team-mate Ella Toone has revealed her admiration of the forward and she hopes to aid her in breaking the record. Toone said: “We can’t wait for her to reach that milestone in her career.

“There’s a picture of me and Ellen when I was about 10. I must have gone to see her – so we always look at that photo. I’ve always grown up watching her. She’s been amazing for club and country. She’s just a prolific goalscorer and when you’re growing up, that’s what you see and you watch and you want to emulate when you’re growing up.”

The 32-year-old striker may have had a difficult start to the season at club level, but she continues to shine on the international stage and with the way that Wiegman wants the Lionesses to play, it is almost certain that White will not only break Smith’s 11-year-old record but eventually surpass it by some distance.