England’s Lionesses haven’t been good enough in recent years. Ever since they reached the semi-finals of the 2019 World Cup under Phil Neville, they have been on a downward slope which has seen the side regress to a point where they have now lost nine of their last 14 internationals. For a side of England’s apparent quality and stature, tonight’s game against North Macedonia provides the perfect chance to hit the reset button.

Sarina Wiegman will be in the dugout for the first time as England boss and will be desperate to shake the Lionesses out of the slump they find themselves in. This one, a first home match in almost two years, will not only kick-off England’s next World Cup campaign, but give the players a chance to prove they are willing to take on board what one of the best coaches in the world has to offer.

Wiegman will become a history maker when the game kicks off at St Mary’s. No foreign boss has ever managed the Lionesseses while Sven-Goran Eriksson and Fabio Capello both underperformed when in charge of the men’s side. Bringing in an elite manager from abroad has its obvious benefits, and there is no doubting that Wiegman has achieved more in the women’s game than Neville, but they also seem to get less leeway from those in charge when results aren’t going the right way.

But her CV, and her spell in charge of her homeland, the Netherlands speaks for itself. In four years in charge she took them to third in the world and created a moment of history as they won their home European Championships in 2017, beating England in the semi-finals along the way. 45 wins out of 61 gives her a ridiculous win percentage of 73.7% which is a huge jump from the 54.5% her predecessor Neville managed, while her attractive style of play has also drawn plaudits over the years. 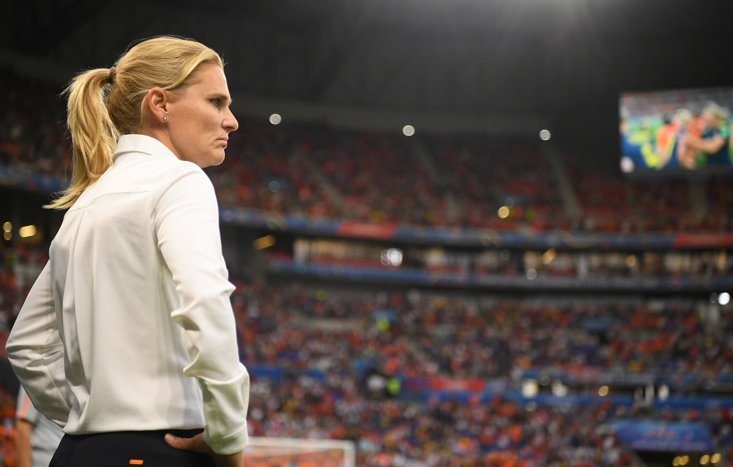 This fixture against the second-lowest ranked side in UEFA’s World Cup qualifying, the 131st best side in the world that lost 5-0 to Montenegro earlier this year, should be easy pickings for an England side that must be targeting Euro 2022 glory on home soil next summer. Given Wiegman won the last edition of this tournament for the home nation, she is seemingly the perfect woman for the job but has less than a year to impose her style of play onto these players.

"As it's early days, we are still a work in progress," experienced Manchester City defender Demi Stokes said. "But we are all excited by Sarina's style and what she's about and what she wants.

"When someone new comes in and it's a new set of eyes and a different outlook, you have to try and think 'what can I learn from this coach?' and 'what can I get from this management team?'

England's progress towards next summer’s Euros will now feature an annual tournament that starts in February, which will see the Lionesses take on Germany, Spain and another as of yet unannounced member of the top ten in the world rankings. Think of it as a mini Confederations Cup which should whet the appetite of the English public before they host the big one in June.

Wiegman has a lot on her shoulders with this job and her side should be able to fill their boots against North Macedonia, but bigger tests are to come. The three points are a given, but the style of play will be well worth keeping an eye on. If England are to get their hands on silverware next summer, there will need to be a drastic improvement on the performances they have shown over the past twelve months.

But this is a fresh start - the Wiegman era begins.