Arguably the game of the Round of 16 is at 8pm on Sunday in Seville when Belgium face Portugal for a place in the quarter final (ITV).

Both these sides have designs on heading to Wembley on 11 July for the final, with Portugal the reigning champions and Belgium looking at the last chance saloon for their ‘Golden Generation’.

It is also a battle of the hotshots, with Cristiano Ronaldo, the most decorated goalscorer in European Championship history and top scorer at the tournament so far with five strikes, against Romelu Lukaku, averaging around two goals every three games in international football and on three goals for the competition. The duo scored 53 goals between them in Serie A last season, and you would fancy at least one of them to find the net.

Belgium improved for the returns to the starting XI of Kevin De Bruyne and Eden Hazard in their victory over Finland after a poor first half against Denmark, especially in defence and that is something that Portugal’s quality going forward will expose. However, Belgium do have creative quality in the middle of the park which gives them an advantage in that department.

I can see a very close contest and arguably Portugal are the value at the prices, but the safest bet may be goals. 11/10 for over 2.5 goals in the game looks generous considering they bagged seven goals each in their group games, with five of those six matches featuring three or more goals.

There are question marks over both defences after the holders shipped four against Germany, while there is no doubting the goal-scoring potential of each. The 100/30 about a score draw is another option that makes appeal. 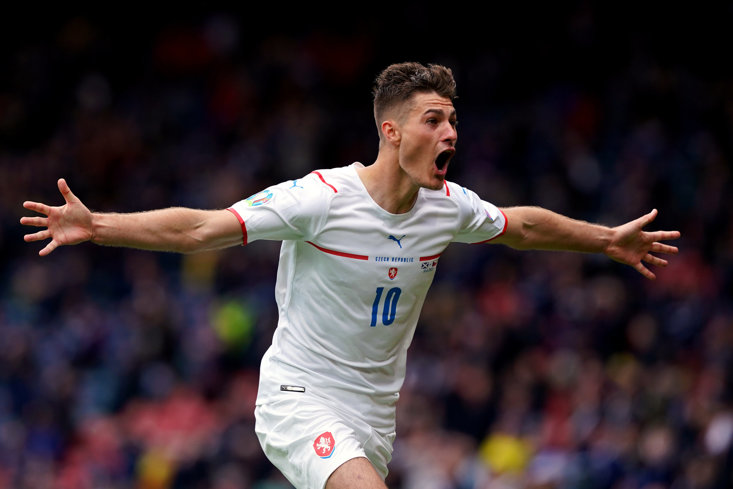 SCHICK HAS THREE GOALS TO DATE AT EURO 2020

Goals may well be the order of the day in the earlier game too at 5pm (ITV) as the Netherlands lock horns with the Czech Republic in Budapest.

Ten goals have featured in the Netherlands group games as they finished with a perfect record but there were times when they looked very suspect at the back, which will give Patrik Schick hope of adding to his three goals already this tournament. He is 11/4 to score at any time.

The Netherlands are clear favourites for the match at 4/6 (1/3 to qualify), with the Czechs 9/2 for victory in 90 minutes (9/4 to qualify) and the draw is 3/1. The 9/2 about a shock is tempting with the Czechs looking quite solid in defence and if they take their chances when presented it could be a good shout. But again, three or more goals in the match, this time at 10/11, looks the call.

I do think these teams are a little more closely matched than the match odds suggest, and once again a score draw is not impossible, certainly not as big as the 4/1 on offer implies.