Football
News
Gareth Southgate and his boys might have the country's best chance of silverware in 55 years
Conor Keane
07:50, 13 Jun 2021

England kick off their Euro 2020 campaign on English soil at Wembley Stadium on Sunday with a renewed sense of both belief and expectation.

The Three Lions head into the tournament off the back of two narrow warm-up victories with experimental line-ups, but confidence will be high ahead of their rematch against their World Cup semi-final heartbreakers Croatia. Gareth Southgate’s squad will have a lot of pressure on their shoulders because of the incredible rollercoaster ride they took the nation on three years ago.

The pressure does not only stem from this, but also due to the fact that this is probably England’s strongest squad on paper since Euro 2004 at least. With a mixed bag of hot young talent and senior leaders, the chemistry is there for Southgate, he just needs to get the equation right. Should he succeed, this will be England’s best chance of success since their World Cup triumph on home turf in 1966.

With an array of young stars in Mason Mount, Phil Foden, Declan Rice and Jude Bellingham, this is a group of players who will be form a core of the England squad for years to come, and it is a testament to the long game of catch-up English football has played over the years that these players are mature enough to potentially deliver tournament success already.

Balanced by the leaders and senior heads on the roster, this squad could well provide some much-needed international success for England in a period of history in which it would mean that little bit more than it would have done before the events of the last 15 months. Southgate will have a tough time picking a starting 11 against Croatia, but it is always better to be spoiled for choice because then you have assets that can come on and change the game if things are not going to plan. 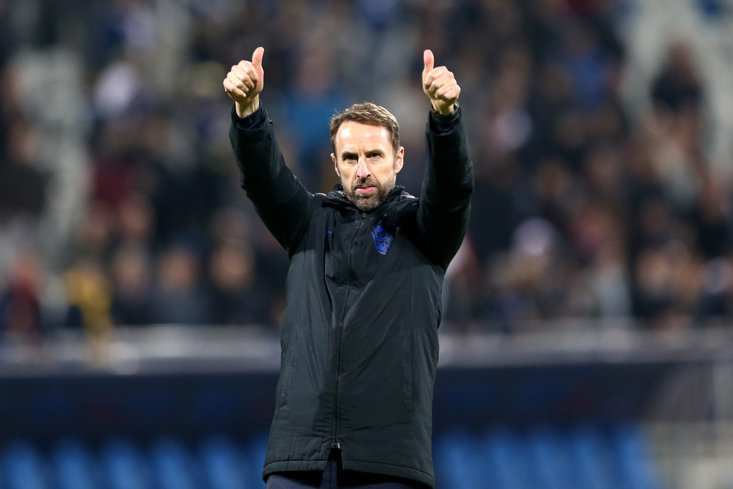 GARETH SOUTHGATE HAS AN ABUNDANCE OF WEAPONS AT HIS DISPOSAL

With all their group games at Wembley, as well as many of the knockout matches, the home aspect could be of great benefit to the Three Lions. Although the stadium is only permitted to allow 25,000 fans due to Covid-19 regulations, the English crowd will be a huge boost for the players who have sorely missed them over the last year. With that home support behind them, it could have a real impact in the Group D matches, especially in moments when they need that extra something to push them over the line.

England fans can dream going into this opening game. Southgate gave them a summer to remember in Russia, and there is plenty to be optimistic about once more this time around. The quality of the players is not in doubt, with the vast majority of this group having proved already with their clubs, if not three years ago with their country, that they can perform at the highest level.

Harry Kane is a world-class striker and was the Golden Boot winner at the World Cup in 2018. A few of the youngsters have just come off the back of playing in the most prestigious match in the club game, the Champions League final. This group are talented, the youngsters beyond their years, and they are hungry to bring pride back to this great nation and the birthplace of the beautiful game.