Wembley has been awarded an extra Euro 2020 match this summer meaning that there’s a real possibility that England will only have to leave the country once throughout the entire tournament.

UEFA have confirmed that both Dublin and Bilbao will not be hosting any Euro 2020 matches with both cities unable to guarantee fans would be able to attend the matches in June or July because of Covid-19 issues.

Ireland's Minister for Tourism, Culture, Arts, Gaeltacht, Sport and Media, Catherine Martin, said, "We were hopeful that we were all set to host a fantastic tournament in Dublin in June.

"However, despite our commitment to hosting the games, the public health situation has meant that we were not able to give Uefa the assurances they required earlier this month in relation to guaranteeing minimum spectator attendance levels."

The group-stage games set to take place in Dublin have now been moved to St Petersburg, Russia, while their last-16 game, which Gareth Southgate’s men could find themselves in, will now be played at Wembley. Bilbao's four matches have been switched to Seville.

The decision means Wembley will now host eight matches: three group games, two last-16 ties, the semis and the final. Incredibly, should the Three Lions win Group D, then their first four games could be played on home soil this summer with only a quarter-final in Rome, should they make it that far, their only trip abroad. 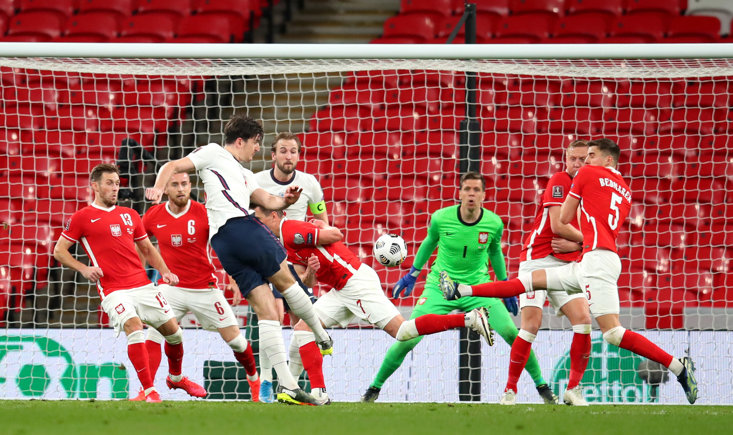 UEFA president Aleksander Ceferin said, “We have been working diligently with the host associations and local authorities to ensure a safe and festive environment at the games and I am really pleased that we are able to welcome spectators at all matches for a celebration of national team football across the continent.

“UEFA wishes to express its appreciation and gratitude to the cities of Bilbao and Dublin - both of which are considered as good venues to host future Uefa events - the national and regional governments of Spain and the Republic of Ireland, and all local stakeholders for their dedication, professionalism and efforts over the past years.”

With it being the 25th anniversary of Euro ‘96 and the majority of England’s matches looking likely to be on home territory, get ready to hear those famous three words “it’s coming home” A LOT this summer.