Football
News
Sweden bagged a late winner to set up a semi-final clash with the hosts
Simon Lillicrap
09:00, 23 Jul 2022

England now know that Sweden stand between them and the Euro 2022 final at Wembley, after Peter Gerhardsson’s side beat Belgium 1-0 in Friday’s quarter-final. On Tuesday, the Lionesses will look to dismantle the Swedes at Bramall Lane, having edged past pre-tournament favourites Spain in a thrilling last eight tie.

But Sweden, as we have seen so far, will be no easy task. They won their group that contained the Netherlands and dominated against Belgium, even if it took a 92nd minute winner from Linda Sembrant to put them into the last four.

Now, they will face the host nation in the semis and after 32 attempts on goal against Belgium, they will have to be far more accurate if they are to shock the Lionesses. But, ultimately, they got the job done under pressure, and their fans will once again bring vibrance and colour to what should be a spectacular semi-final.

Meanwhile, on Saturday the final quarter-final promises to be the most enthralling of the lot. France have been strong this tournament and won a group containing Italy, Iceland and Belgium but their lack of clinical finishing against the latter two, will bring slight concerns as we head into the last eight.

Against Italy they were relentless with a 5-1 win, but two goals from 27 shots against ten-player Belgium, and a 1-1 draw against Iceland is enough to give the Netherlands more than a shot of making it into the semis themselves.

Let’s not forget that the Dutch are the current reigning champions, having won this competition on home soil under Sarina Wieman five years ago, and their own group stage was a rollercoaster affair. They’ve got a huge amount of tournament experience in this squad and with Vivianne Miedema, a striker that can score past any defence. 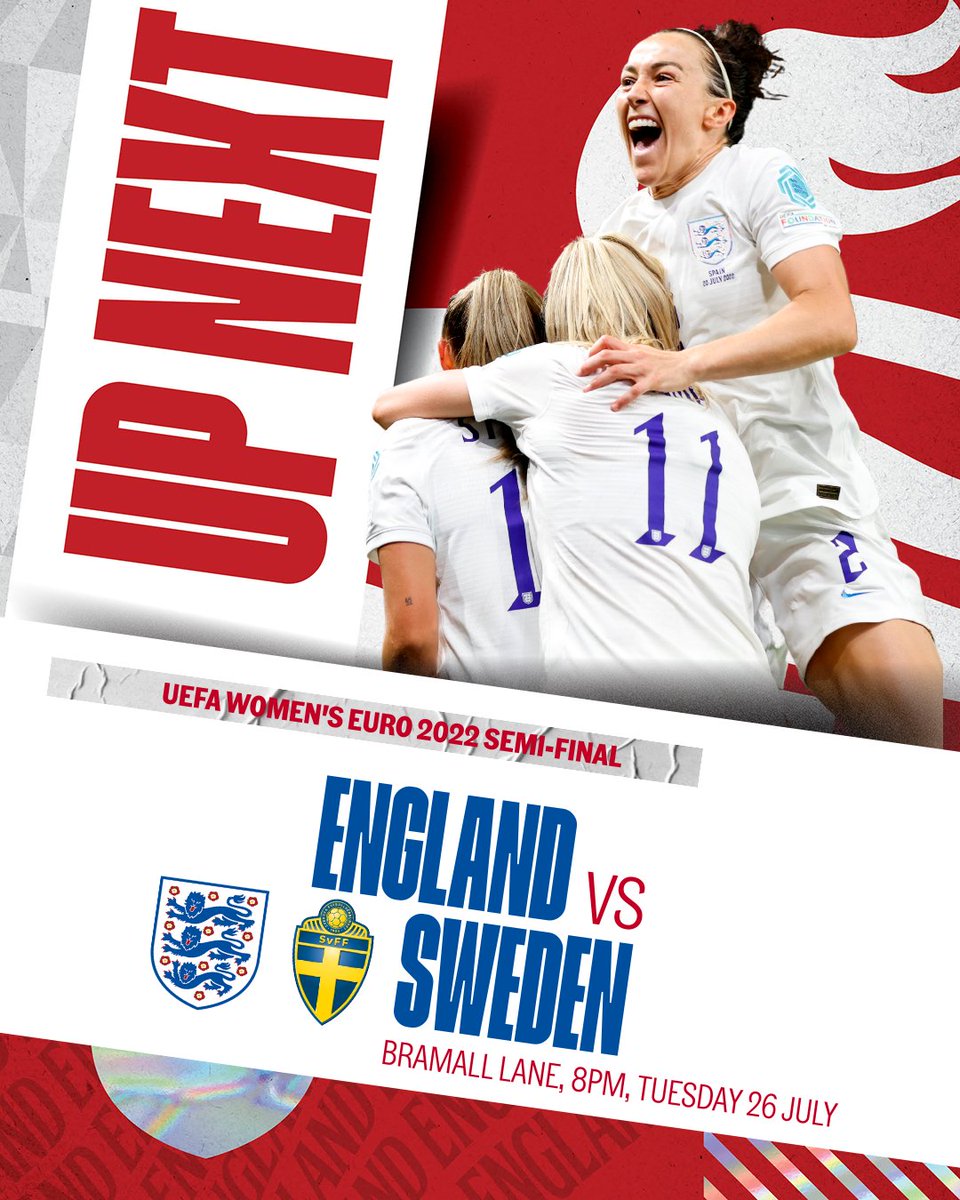 But despite her goals, this quarter-final has become one of two absentees. Dutch forward Lieke Mertens and co-star to Miedema is out of Euro 22 with a foot injury, while the injury to Marie-Antoinette Katoto, who was taken off against Belgium, seriously damages the French front line and they are still searching for the solution to her absence.

Whichever side can cope better and use their squad depth, could well be the deciding factor in this tie which is so close to call. French midfielder Grace Geyoro has been the breakout star and taken the goalscoring responsibility away from the forwards with three goals to her name already, and she will need to produce more of the same for France to progress.

The New York Stadium will provide the backdrop for what should be an epic encounter on Saturday night. Germany await the winners in the semi-final but the winners here will fancy themselves to go all the way.