Football
News
Pernille Harder was the match-winner for Denmark as they kept their hopes alive
Conor Keane
10:42, 13 Jul 2022

Denmark got the win that they needed to keep their Euro 2022 hopes alive as they defeated Finland 1-0 at Stadium MK while Germany showed their strength once again as they beat pre-tournament favourites Spain at Brentford Community Stadium.

Euro 2017 finalists Denmark knew what was at stake for them during their matchday two clash with Finland, after they suffered a heavy 4-0 defeat to Germany in the first game. The decisive goal against Finland came late in the second half and it was always going to be their talisman, their record goalscorer and world’s most expensive player, Pernille Harder.

There was no disputing that Denmark were the dominant side of the game and fully merited their victory, but with the goal coming in the 72nd minute - they had to work hard for it. Finland did well to resist for so long but they eventually fell as Harder headed in from close range after she was the first to react to Karen Holmgaard’s effort ricocheting off the crossbar.

As for Germany, they continued their fine start to the tournament and have issued a warning to all the other would-be champions after they defeated the pre-tournament favourites Spain 2-0. They got off the mark early as Klara Buhl punished goalkeeper Sandra Panos for a sloppy clearance in the third minute. Spain had a great chance to pull level when Lucia Garcia was able to get a shot away but could only find the side netting and that chance would prove costly as Alexandra Popp completed the victory to fire the eight-time European champions into the quarter-finals.

They will now avoid England in the knockout stages unless the two teams reach the final, while the Lionesses will face Spain or Denmark in the quarter-finals, depending on the result when those two teams meet on Saturday night. 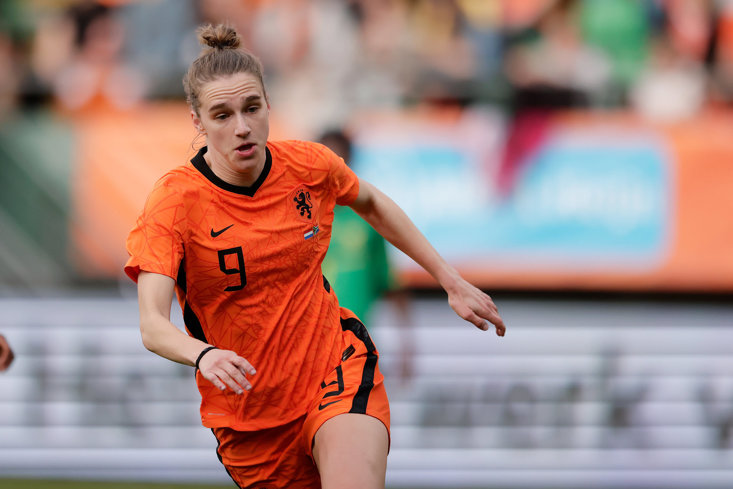 Today, matchday two gets underway in Group C as Sweden take on Switzerland at Bramall Lane while reigning champions the Netherlands take on Portugal at Leigh Sports Village. Group C is the most interesting of the lot at this stage as all four sides are level with one point so it is very much all to play for at this stage to get one step closer to the last eight. Portugal have been handed a boost for their meeting with the Netherlands as the Dutch's record goalscorer Vivianne Miedema has been ruled out following a positive Covid test.