Football
News
Germany are still yet to concede a goal throughout the tournament
Conor Keane
10:35, 22 Jul 2022

Germany have been confirmed as the second semi-finalists of Euro 2022 behind England after they defeated Austria 2-0 at the Brentford Community Stadium.

Although the scoreline didn’t reflect it, Austria gave Germany their biggest test at the tournament so far, but like the Lionesses on Wednesday night, they were able to see themselves over the line. They have laid down a marker with this latest victory and maintain a fearsome reputation having won all four of their matches and are still yet to concede a single goal.

Lina Magull was the first goalscorer on Thursday evening as she slotted home after some creative awareness by Alexandra Popp to leave the ball to reach her arriving teammate. Popp was then able to get on the scoresheet herself in the dying seconds of the match as she was alert to pounce on a mistake from Manuela Zinsberger. The Wolfsburg striker has now scored four goals in four matches at the tournament, equalling the record of Heidi Mohr who did so between 1989 and 1993. She is now just one goal behind the tournament’s leading scorer, England’s Beth Mead who is on five.

Austria’s resilience at the back has been praised throughout the tournament. Everyone remembers how hard Irene Fuhrmann’s side made the Lionesses work for their 1-0 victory at Old Trafford in the tournament opener. So for Germany to score twice just highlights why they as a nation are the record-holders for European titles and are setting themselves up nicely to claim a ninth European Championship. 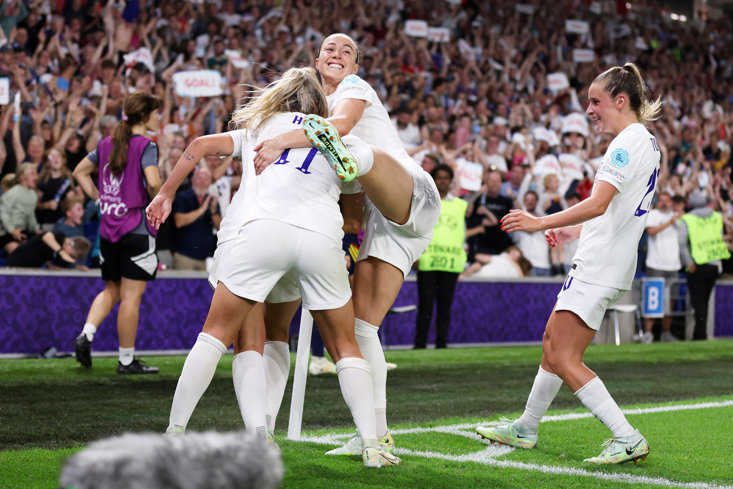 Looking ahead to quarter-final three on Friday night, Sweden take on Belgium at Leigh Sports Village and it is a game that the Lionesses and all England supporters will be keeping a close eye on as Sarina Wiegman’s side will face the winners in next Tuesday’s semi-final.

Sweden will head in as favourites as they were one of the select sides tipped as favourites before the tournament began whereas this quarter-final is Belgium’s first taste of knockout football on the European stage, whilst also only being their second appearance at the tournament finals with 2017 being their first. The game should be a fascinating encounter and with so much at stake, it will be interesting to see how both sides approach the match.