Football
News
Here's what you might have missed across a busy weekend of football in Europe
Kieran Spratt
12:00, 03 May 2021

Inter Milan ended Juventus’ nine-years of dominance in Serie A, Ajax emerged as champions of the Eredivisie and Barcelona kept the pressure on Real Madrid and Atletico Madrid in La Liga. Here’s a round-up of all the big stories from the weekend’s best action across the continent…

Following Atalanta’s failure to win at Sassuolo on Sunday, Inter Milan were crowned champions of Italy for the first time since 2010, ending Juventus’ iron-clad grip on the title for the last nine years. 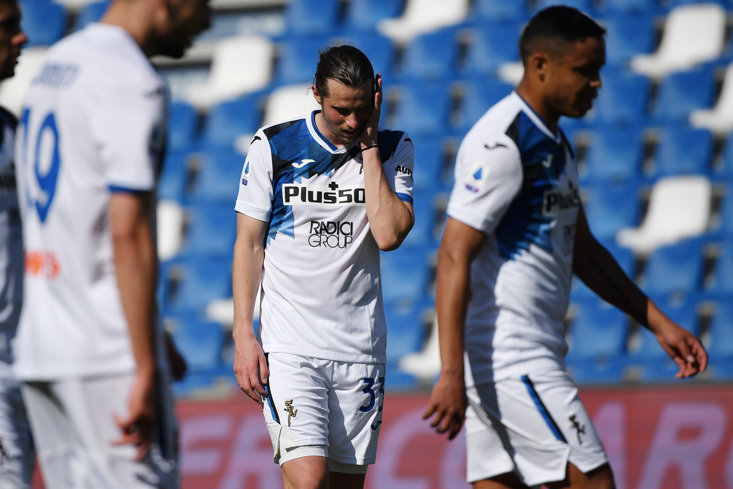 Inter, who beat Crotone 2-0 on Saturday, have held a commanding lead at the top of the league for some time now, having replaced rivals AC Milan at the summit in February. Atalanta’s 1-1 draw means that Antonio Conte’s side are 13 points clear with just four matches remaining. It is Conte's fourth title after winning the league three times with Juventus in 2012, 2013 and 2014.

Ajax’s 4-0 win over Emmen on Sunday was enough to secure the Dutch giants their 35th Eredivisie title and fifth in ten years.

It caps off a hugely successful season for Erik Ten Hag’s side, who also secured a domestic double, having beaten Vitesse Arnhem 2-1 in the KNVB Cup final a couple of weeks ago. It must feel like a long time coming for Ajax’s stars, having been at the top of the table last season before the campaign was cancelled due to the coronavirus outbreak, leaving the Eredivisie championless.

“We were very solid throughout the season, we had a fairly high lower limit," said manager Erik ten Hag, who recently signed an extension amid interest from Premier League Spurs.

"That’s why we lost very few matches. And we peaked at the right times. We also had the worst schedule.”

Barcelona kept the pressure on Atletico and Real Madrid in La Liga’s title race after a comeback spearheaded by Lionel Messi ensured the Catalan giants took all three points in a 3-2 win over Valencia on Sunday.

Barca had blown the chance to go top of the league following a shock 2-1 defeat at home by Granada on Thursday and were in danger of losing again when Valencia took the lead in the 50th minute. Fortunately, a brace from Messi and a goal from Antoine Griezmann ensured they kept themselves within touching distance of the two Madrid sides. Valencia brought the deficit to just a goal when Carlos Soler scored a screamer in the 83rd minute, but Barca dug deep to hold out.

Ronald Koeman's side are third on 74 points with four games remaining, level with second-placed Real Madrid and two behind leaders Atletico Madrid after both sides won on Saturday.

After Lyon’s Maxence Caqueret had been sent off with 20 minutes remaining, Monaco opened the scoring through Kevin Volland before being cancelled out by goals from Memphis Depay and Marcelo. A Wissam Ben Yedder penalty levelled the scores to 2-2 in the 86th minute but Monaco’s faint title dreams were extinguished soon after by Cherki.