Football
News
Here's what you might have missed across a crucial weekend of football in Europe
Kris Voakes
12:00, 10 May 2021

Real Madrid missed a golden opportunity in the three-way battle for the Liga title, Bayern Munich secured a ninth straight championship in Germany and Alexis Sanchez ensured Inter celebrated their first Serie A crown in 11 years in style. Here’s your essential round-up of the weekend’s best action from across the continent…

A 0-0 draw between Barcelona and Atletico Madrid at Camp Nou on Saturday had left the door open for Real Madrid in the compelling tussle of Spain’s three biggest clubs at the top of La Liga. With their two nearest rivals sharing the spoils, Zinedine Zidane’s side had the chance to go ahead of Atletico in first place with three games to play thanks to their superior head-to-head record by beating Sevilla on Sunday. 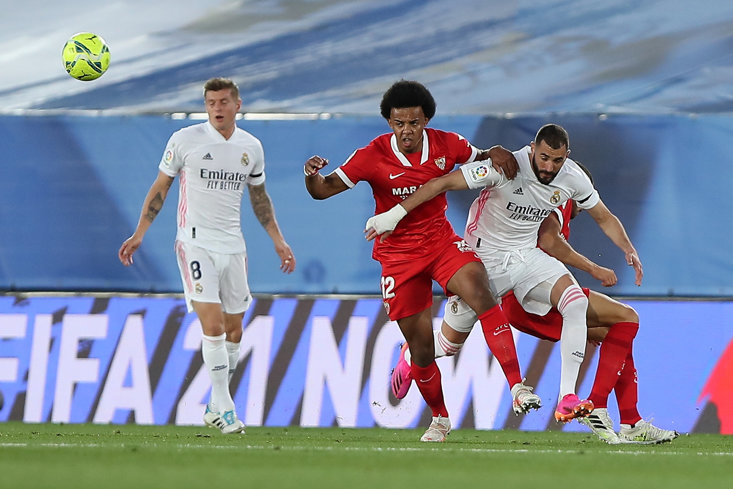 However, they fell behind twice at Valdebebas, and only rescued a 2-2 draw thanks to Toni Kroos’ heavily-deflected 94th-minute equaliser. Marco Asensio had earlier cancelled out Fernando’s opener only for an Ivan Rakitic penalty to return Sevilla into the lead. The draw takes Madrid back to second spot ahead of Barca, but they crucially trail their local rivals by two points with just nine more up for grabs.

Robert Lewandowski smashed a hat-trick, and Thomas Muller and Kingsley Coman both scored in a first half which had seen Bayern go four up before the break. After Lewandowski’s third goal, youngster Tanguy Nianzou was shown a straight red card but the 10-man champions still added a late sixth thanks to Leroy Sane.

There was a celebratory air around San Siro as well this weekend as Inter took to the field for the first time since ending their 11-year title drought, walloping Claudio Ranieri’s Sampdoria 5-1. Alexis Sanchez netted twice as the Nerazzurri took a 3-1 lead into the half-time interval after Roberto Gagliardini’s opener. Second-half strikes from youngster Andrea Pinamonti and Lautaro Martinez added some gloss to the scoreline for Antonio Conte’s champions.

In Sunday’s late game, the deposed kings Juventus suffered another huge setback in their desperate bid to cling onto Champions League qualification hopes, losing 3-0 at home to AC Milan. Brahim Diaz, Ante Rebic and Fikayo Tomori all netted at the Allianz Stadium as Andrea Pirlo’s side dropped out of the top four with just three games to play. The Bianconeri are now one point behind fourth-placed Napoli and three adrift of Milan, who climb to third.

Paris Saint-Germain are on the verge of missing out on the Ligue 1 title after their 1-1 draw at Rennes left them three points adrift of leaders Lille with two games remaining. 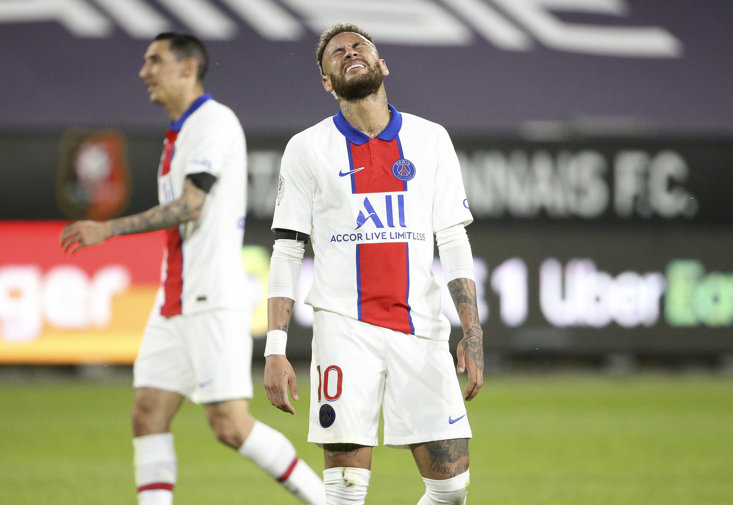 Neymar’s penalty in first-half injury-time looked set to keep the pressure on LOSC, which would have been a great way to celebrate the Brazilian’s new contract which will keep him at the Parc des Princes through to 2025. However, Serhou Guirassy’s header 20 minutes from time put a real dent in PSG’s chances of chasing down the leaders and Presnel Kimpembe’s late red card only made matters worse for Mauricio Pochettino and his players.

Lille’s 3-0 win at Lens on Friday, which featured a brace for Burak Yilmaz, means that four points from their final two games – at home to Saint-Etienne on Sunday and away to Angers seven days later – will make them champions of France for the first time since 2011.

Ajax celebrated their runaway title success in the Netherlands by despatching Feyenoord 3-0 at De Kuip. A pair of own goals from Marcos Senesi and Ridgeciano Haps set the champions on their way before Mohammed Kudus wrapped up the win late on. The match was marred by a potentially serious ankle injury to Feyenoord’s Lucas Pratto as he slid in to tackle Ajax’s Davy Klaasen.

PSV retained the edge in the close battle for the second Champions League spot with a 2-0 win at Willem II, with AZ maintaining the pressure just one point behind thanks to a 1-0 victory against Fortuna Sittard.