Everton have enjoyed their travels this season. They were industrious in their opening day win at Tottenham, showed bags of character to rescue an injury-time point in a frantic 3-3 draw against Manchester United at Old Trafford in February and had been waiting since September 1999 when they finally ended a 21-year Anfield hoodoo to beat Liverpool away.

However, for all of the Toffees impressive work on the road, it is their home form which has halted their progress this campaign. While they have claimed an impressive total of nine away victories at places including Leicester, Wolves and Leeds, they have been beaten at Goodison Park by Leeds, West Ham and strugglers Newcastle, Fulham and Burnley.

Of course, the Blues have been without their fervent supporters this season but for some reason, when going into games as favourites, they just haven’t played with the tempo needed to win games of Premier League football. They have lacked ideas and urgency, taking an age to get going against teams they should be attacking with ferocious intent from the first whistle. 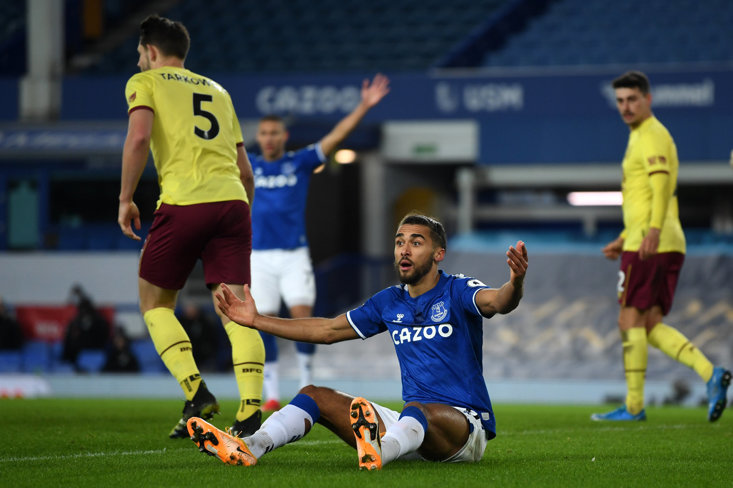 Those missed opportunities mean Everton are eighth heading into Monday night when they welcome Crystal Palace to the blue half of Merseyside. Five points off the top four, it really feels a case of what could have been as the club hunt down a place in the Europa League or perhaps, even the Champions League. However, with two games in hand on Chelsea, Spurs and Liverpool, they have to make home advantage count, starting immediately when the Eagles come to town.

Writing in his programme notes, Seamus Coleman is aware Everton must do better and, touching on the recent FA Cup defeat by Manchester City, added, “We can counter that disappointment by going on a decent run now in the Premier League.

“That’s something we are more than capable of, but we need to actually show it where it matters – on the pitch. Especially here at Goodison.

“I’m not going to labour on our home form of late because the statistics and the results speak for themselves. We’re not the only team doing better away from home this season, but we’ve got 10 games left now to get something tangible from the campaign.

“We want to qualify for Europe next season, simple as that. It won’t be easy because there are a lot of teams in the mix but it’s what we’ll be aiming for and we’ll be giving everything we’ve got to try to make it.”

Manager Carlo Ancelotti is keen for his side to seize their shot at a successful season and believes they have to arrest their home slide if they are to achieve their aims come May.

“I think we did well until now because if you asked us where would we like to be in the last 10 games of the season we could answer that we want to stay and fight for European positions,” he said. “There are difficult, important games, but the target is there. If we are consistent, if we are brave, I think we can reach the target.

“It will be an exciting race as a lot of teams are involved. We are convinced we can do well, we can reach a European position.

After Palace, Everton will welcome Tottenham, Aston Villa, bottom club Sheffield United and Wolves to Goodison Park. How they perform in thise fixtures is likely what will determine whether the Toffees compete on the continent or not next season.