Football
News
Everything You Need To Know About England And The 2019 UEFA Nations League Finals
Jack Porter
09:00, 27 May 2019

Finally recovered from last summer’s World Cup yet? Well, summer 2019 hopefully brings us the denouement of England’s brilliant 12 months as Gareth Southgate’s Lions have the chance to win the inaugural UEFA Nations League, which reaches its conclusion in Portugal this June.

The tournament does of course as yet lack the prestige of other international tournaments but the significance of lifting the trophy will surely resonate for all parties involved.

All 55 of UEFA member nations took part on some level across 2018, with the countries assigned into four different leagues. League A included the 12 top-ranked sides, to be eventually whittled down to just four teams - Portugal, Switzerland, Netherlands and England - to contest for the Nations League trophy.

Portugal bested a group that contained Italy and Poland, and Switzerland topped Belgium and Iceland. The Netherlands, who failed to make the World Cup tournament in Russia, saw off the two most recent winners of the most prestigious competition in football, France and Germany, the former by virtue of a superior goal difference.

England finished first ahead of Spain and Croatia, to set up a tie with the Netherlands on June 6 at the Estádio D. Afonso Henriques in Guimarães, which is situated in the north of the country in the district of Braga. This stadium also hosts the third-place play-off, in which the two defeated sides of the semi-finals will contest on June 9.

Portugal have however now moved up to favourites to win the tournament. On June 5, Fernando Santos’ side take on Switzerland at Porto’s home ground, the Estádio do Dragão, in the first of the two semi-finals. Portugal are looking to make it two trophies in three years, following their Euro 2016 win in France.

The snazzy new trophy - inspired by the Nations League logo - will be lifted by one of those four aforementioned nations in contention on Sunday June 9 2019, with kick-off scheduled for 19:45 (GMT), again at the Dragon Stadium in Porto. The winning nation will be awarded €10.5m (£9.25m), whereas the runner-up will receive €9m (£7.9m) in prize money.

England’s preliminary squad to travel to Portugal was announced by Southgate in May. The 27-man squad was reduced by four to 23 on May 27.

Tottenham Hotspur and Manchester City contribute the most players, each providing four.

Full coverage is due to be shown on Sky Sports as England bid to pick up their first major piece of silverware since 1966. 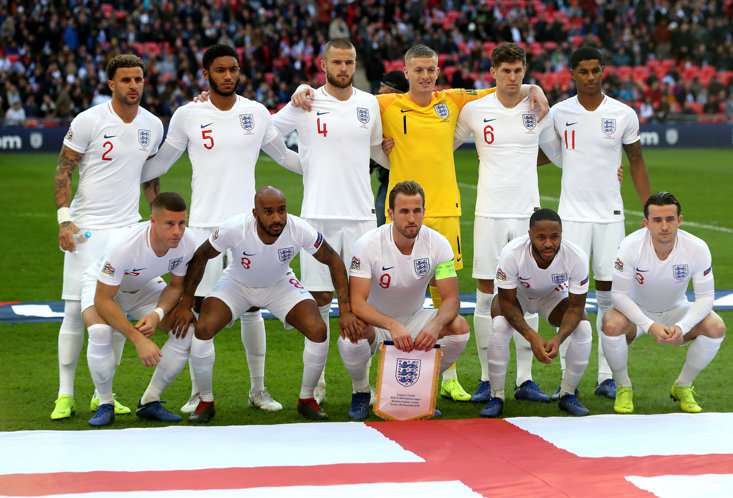