Football
News
The magic of the FA Cup was well and truly alive on Saturday afternoon
Conor Keane
18:00, 08 Jan 2022

The magic of the FA Cup is still alive and kicking as National League North side Kidderminster Harriers, the lowest ranked side remaining in the historic competition, stunned Championship side Reading in a 2-1 scoreline at Aggborough Stadium.

It seemed to be the end of the road for Russell Penn’s men as Reading striker George Puscas opened the scoring in the first-half, but Kidderminster would not bow down. They equalised with just over 20 minutes to play through Sam Austin, which sparked belief among the players.

They continued to push the Royals and their efforts were rewarded as Amari Morgan-Smith fired them in front from close range and the sixth-tiered side were in control as their opponents were stunned in disbelief. There was almost 15 minutes of added time at the end, and the hearts of the home fans, and the neutrals at home couldn’t take it, but the hosts amazingly held on. Their incredible FA Cup journey continues.

In another seismic upset, League One Cambridge United overcame Premier League Newcastle United at St James’ Park in a narrow 1-0 victory for Mark Bonner’s side. The hosts had some early chances to impose themselves on the game. Their man of the moment, Joelinton had two great openings to get a shot away but instead went for the selfless option, which were not the brightest. He could have put his side two goals to the good and boosted his confidence in front of goal in the process, but it seems that Eddie Howe still has some work to do on that front.

The travelling Cambridge fans were sent into delirium as Joe Ironside fired them in front on 56 minutes, and after a lengthy VAR review, they celebrated again. 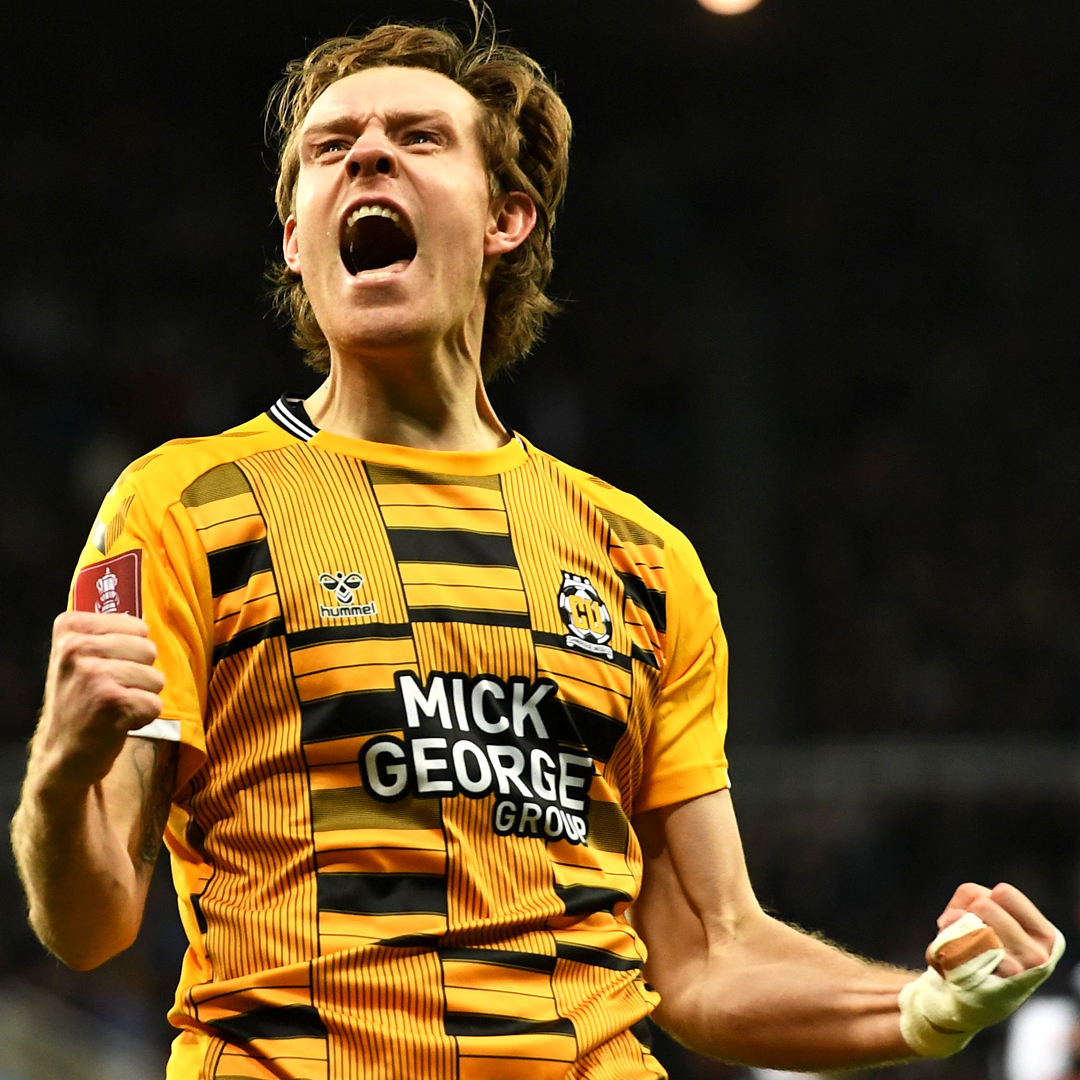 Kieran Trippier made his first appearance for the Magpies and the script of a dream debut didn’t go according to plan. In the dying moments, with Newcastle throwing everyone forward, Joelinton had a great chance to force the game to extra-time but his header was denied by a sublime match-winning save by Dimitar Mitov.

Elsewhere, Leicester City, through all their injury worries, ran out comfortably 4-1 over Watford at home. It was a quick start for the Foxes as an early Youri Tielemans penalty gave them the lead at the King Power Stadium against former manager Claudio Ranieri’s Watford. Their FA Cup-winning goalscorer last season, kick-starting their title retention this season was quite fitting.

Brendan Rodgers would have been dreading this fixture with such a depleted squad but James Maddison extended his side’s lead to two just before the half-hour mark. Watford did not let their heads drop, however, and they conjured up an instant reply as Brazilian Joao Pedro pulled one back for the Hornets. Harvey Barnes added a third for Leicester in the second-half before Marc Albrighton added another late on.

Brentford booked their place in the fourth round, too, with a 4-1 victory against Port Vale at Vale Parl. Thomas Frank’s players imposed themselves quickly on proceedings away against League Two Port Vale, playing some nice possession-based football. But it took nearly half an hour for the Bees to break the deadlock and striker Marcus Forss was the player who handed them the lead.

They doubled their lead just after the hour mark through substitute Bryan Mbeumo, who had only just joined in on the action. That goal looked to book their place in the hat for the fourth round draw, but the League Two outfit fought back and Kian Harratt pulled one back for his side to give the Bees more work to do before the final whistle.

The hosts did pressure Brentford and had some chances to equalise, but then Mbeumo scored the Bees’ third to kill the momentum that Port Vale were building in the later stages. The Frenchman then completed his hat-trick with a late penalty to wrap up the win on what was one of the most sensational displays by a substitute you will see this weekend.

At the Hawthorns it took 120 minutes for Brighton & Hove Albion to emerge as 2-1 victors over West Bromwich Albion. After a very dull first half between the two sides, the Baggies took the lead early in the second period through Callum Robinson. Things did become difficult for the hosts with 20 minutes left to play as defender Cedric Kipre was sent off for a second bookable offence.

Graham Potter’s side were able to capitalise as Jakub Moder found a leveller for the Seagulls. Up until that point the Baggies were relatively comfortable but ultimately the earlier dismissal came back to haunt them. As extra-time was summoned, Neal Maupay put the visitors in front to settle this tie.