Football
News
Everything you need to know about Monday's action
Conor Keane
07:00, 05 Dec 2022

We have reached the third day of the round of 16 fixtures at the Fifa  World Cup and what a set of exciting fixtures we have in store. Group E winners Japan, who shocked both Germany and Spain take on 2018 runners-up Croatia, while

Here is everything you need to know about Monday’s action.

Preview: No one would have foreseen Japan winning Group E against the likes of Spain and Germany to contend with, but they have warranted their place in the last 16 and could prove to shock a few other nations in the knockout stage. Hajime Moriyasu’s side is filled with energy and skill as well. They attack and defend as a collective and they could be a lot for Croatia to handle.

Despite an impressive attacking display in their comeback victory over Canada, Croatia have so far disappointed in Qatar as they have looked a shadow of the side that reached the final just four years ago. They cannot afford to perform the way they did against both Morocco and Belgium at this stage of the tournament because they will be punished and their World Cup journey will come to an abrupt end.

Sportsman stat: Japan have beaten European opposition twice in this tournament against Germany and Spain. Before this year, they had only won two of their first 10 matches against European nations (D3 L5) 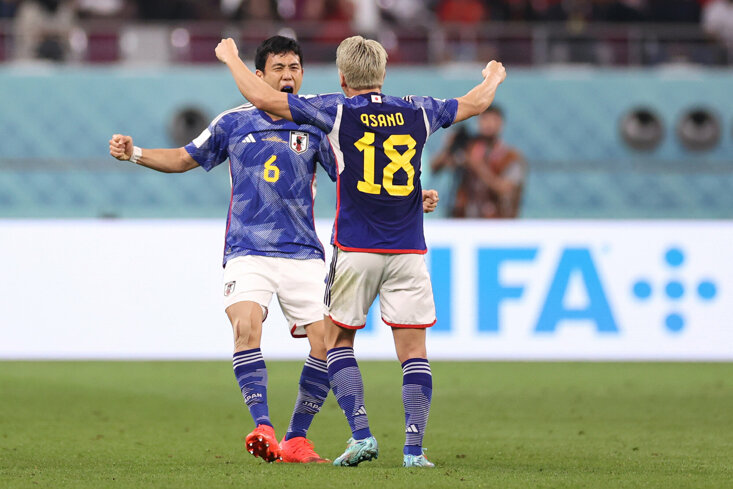 Brazil v South Korea - Round of 16

Preview: Hwang Hee-chan’s dramatic winner in the dying minutes against Portugal booked South Korea’s place in the knockout stage at the World Cup for the third time in their history. While it seems like we haven’t seen this team at their best yet in Qatar, they’ve managed to score four goals and the most important aspect of this group is their togetherness.

They will face their toughest test in Brazil who are the outright favourites to go all the way in Qatar. A Selecao may have suffered a shock against Cameroon last time out but they were impressive in their first two matches for different reasons. Against Serbia they asserted themselves and showed their quality going forward, and against Switzerland they found a way to win when they were held to just a few chances.

Sportsman stat: This is Brazil and South Korea’s first meeting at the World Cup