Football
News
Pep Guardiola's side are ahead of their rivals in so many departments
Elliott Bretland
10:00, 06 Mar 2021

Manchester City and Manchester United are the top two in the Premier League going into this weekend’s derby at the Etihad Stadium but it takes only a quick look at the standings to see that there is still a massive gap between the pair. They are, of course, separated by 14 points on the table, but the chasm is much greater than that when you look at what Pep Guardiola’s side are achieving compared to Ole Gunnar Solskjaer’s.

United are certainly much improved this season, they have become more efficient and more clinical compared to seasons gone by, but boy are they a million miles from finding the consistency of their Manchester counterparts. As City look to record their 22nd straight victory in all competitions on Sunday, the Red Devils go to the Etihad on the back of a turgid goalless draw at Crystal Palace. The fog fell down on Selhurst Park on Wednesday night, and a number of fans quipped that had it got thicker they wouldn’t have missed much.

For decades, City were in the immense shadow of United as Sir Alex Ferguson led the club to Premier league title glory on an annual basis and threw in Champions League glory and FA Cup triumphs too. However, City have exploded into a powerhouse in the last decade after being bought by Sheikh Mansour. They’ve slowly eclipsed United, not as a giant but certainly on a domestic front. They are the better team in the city right now, they have the better and more experienced manager, they have the better players, more quality, more balance and, most importantly, more victories. 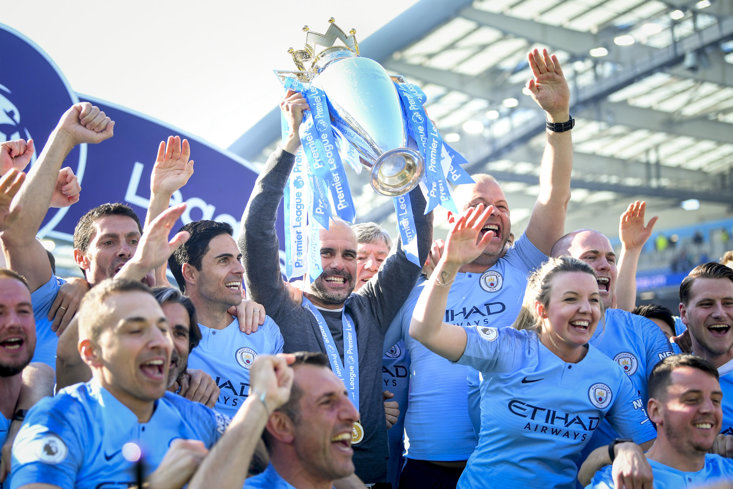 This is one of United’s best seasons since Sir Alex stepped down in 2013, while City were down in ninth as recently as December after a stuttering start, and yet still it is the blue half of Manchester who are top dogs as we enter the business part of the season.

Yes, United have nearly matched City for goals, the brilliance of Bruno Fernandes feeding Marcus Rashford and Edinson Cavani has been fruitful enough to see Solskjaer’s team net 53 times while Guardiola’s men have 56 goals, but it is at the back where they differ. Now, that’s not to criticise the United defence but they are not a unit like City are. While Ruben Dias has been a brick wall for the Etihad club, City as a team function better than United and so ultimately let fewer goals in. The former have conceded only 17 goals while the latter have let in 32, that’s more than West Ham.

United are certainly on the way back, and yes, they have been better than Chelsea, Tottenham and champions Liverpool this season but they have a long, long way to go to reach the majesty of this City team. They are resolute, they can beat anyone on their day and they even have the magic of Fernandes but they’ve still got a long way to go to match their neighbours.

A win for Solskjaer’s side will be massive for them as they look to return to the top, but for now they will have to settle for winning the battle, for City have undoubtedly won the war.