With no Premier League or Championship football this weekend due to the international break, League One and League Two both got their moment in the spotlight. With Hull leading the way in League One, Wigan in danger of relegation and Bolton looking unstoppable in League Two, we’ve taken a look at four other stories you might have missed from the Football League this weekend.

When Peterborough sold last season’s top goalscorer Ivan Toney to Brentford, few thought that they would be able to find anyone with quite the same goal scoring touch as the man who hit 24 in last season’s shortened campaign. However, in Jonson Clarke-Harris, the former Bristol Rovers and Coventry forward, they have found a man just as deadly in front of goal.

In Peterborough’s 7-0 thrashing of Accrington Stanley, Clarke-Harris helped himself to a hat-trick, to take his goal tally in League One this season to 25 and surpass Toney’s league total for Posh last term. In fact, only Toney himself has scored more goals (28) in the top four tiers than JCH this season, as second-place Peterborough set their sights on the League One title.

Is This Sunderland’s Year? 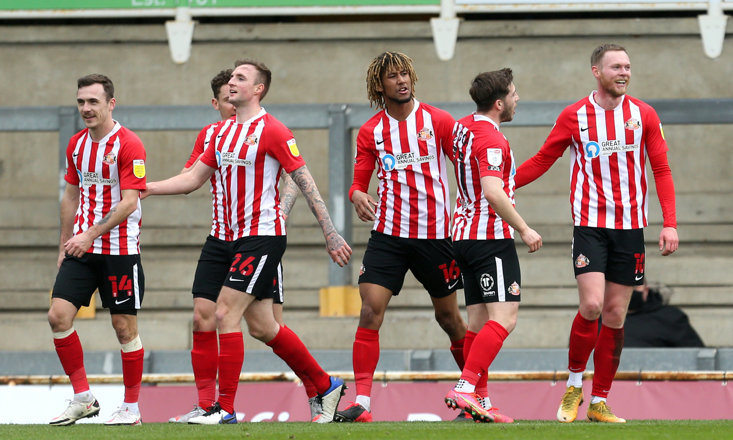 With a 1-0 win at Bristol Rovers, in-form Sunderland kept the pressure up on the top two and with two games in hand, are well-placed to make a final push towards those automatic promotion places. Lee Johnson has transformed the defence into an almost impenetrable force and the Black Cats have conceded just one goal in their past seven games, including a clean sheet that delivered them the EFL Trophy and ended their Wembley curse.

This is now Sunderland’s third season at this level since they suffered back-to-back relegations and after a couple of seasons of not quite getting over the line, they seem to be on the right track. With Lincoln losing to Oxford on Friday night, it looks like it will be Hull, Peterborough and Sunderland competing for those all important promotion places.

If Lee Johnson left the Memorial Stadium with a strange pun about a shark and a smile on his face, in the opposite dugout things couldn’t be going much worse for Joey Barton. Having left Fleetwood in early January, he then took the Bristol Rovers job in late February, but since his appointment the club have won just two of his ten games in charge, losing seven.

That run leaves Rovers second bottom of League One and in real danger of slipping into League Two, but here is where things get really interesting. Barton is currently second favourite to take the vacant Preston North End job, despite having never managed in the Championship before, and currently struggling at the bottom of League One. Stranger things have happened, but Barton’s managerial stock is sinking faster than the Titanic. 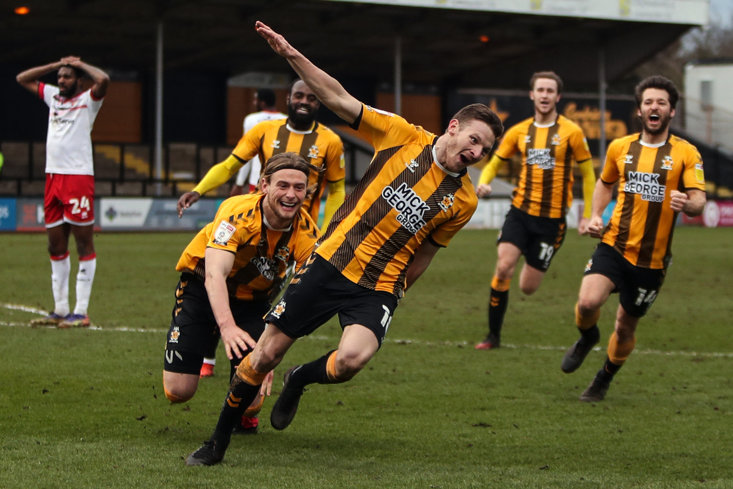 Down to League Two now and the surprise leaders Cambridge United, under 35-year-old manager Mark Bonner are still going strong. Their dramatic 2-1 win at Carlisle, courtesy of Adam May’s 90th minute winner kept them top, but it was striker Paul Mullin who also got in on the action, and in doing so, made history.

He broke David Crown’s 35-year-old record for most league goals in a single season for Cambridge as he scored his 25th this weekend and in doing so, even got a stand temporarily named after him at the U's Abbey Stadium for the remainder of the season. Not bad for a forward whose previous best tally in a season was just nine.