Zlatan Ibrahimovic isn’t going anywhere. Not for another year at least. But as the Swedish striker prepares to put pen to paper on a contract extension that will see him turn out for AC Milan past his 41st birthday, it is time to recognise that he will not be around forever. There will probably never be another player like him.

In an increasingly cold footballing world where every nuance of the beautiful game is broken down into numbers, characters like Zlatan are becoming an endangered species. In the modern game, Ibrahimovic’s glorious arcing bicycle kick over a wayward Joe Hart is the equal of a five-yard tap-in because both get you a “1” in the goal column. You can’t judge a player on cool factor and style points alone because a 14-year-old who bought SmarterScout with his Mum’s credit card is waiting patiently to “ratio” you with Lionel Messi’s numbers from the 2011-12 season. “Actually, Stewart Downing has more Premier League assists than Paul Scholes!”. Who gives a f**k?

Zlatan isn’t at one with the Messis, the Cristiano Ronaldos and the Erling Haalands. His outstanding longevity has seen him exist alongside them all, and his outrageous abilities have seen him intermittently join the conversation with them. But he is not like them. Ibrahimovic is cut from the free-wheeling cloth that gave us George Best, Diego Maradona, Paul Gascoigne and Eric Cantona. The box office athletes with a maverick streak in their heart and a twinkle in their eye. Football’s answer to Conor McGregor, to John McEnroe, to Floyd Mayweather. He’s a flash git, but boy can he back it up.

The reason Zlatan is the last of a dying breed is because he is one of the last players at the elite level to combine those two elements. His credentials as a flash git are evident in the talk of being “a lion” or the way he refers to himself in the third person, like a languid Swedish version of The Rock. Even that ponytail is the perfect summation of Zlatan’s dual persona as model professional and lightning rod. Business at the front, party at the back.

He backs up this outlandish public persona with world class performances and a trophy room to match. To sidestep pure numbers once again, the manner in which he has won these trophies is worth recognition too. The way he extricated two cup wins out of his year at Manchester United. You only have to look at the fact they have not lifted silverware since to see the influence Ibrahimovic can have and he has done similar almost everywhere he’s been. 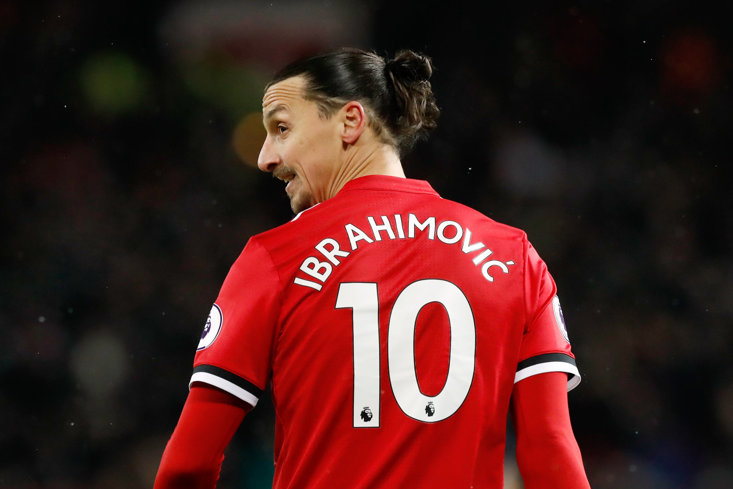 Performative arrogance matched with a penchant for the spectacular and a diligent work ethic is a rare combination these days. The demanding schedule of modern football quickly filters players into being one thing or the other. Messi and Ronaldo have scraped the stratosphere through monk-like dedication to their craft. Ronaldo is as cocky as Ibrahimovic, but his self-assuredness is more robotic and less rock ‘n’ roll than the Milan forward.

On the other side of the coin are the modern mavericks. Mario Balotelli, Adel Taarabt, Paul Pogba. Exciting characters all, and capable of thrilling moments on the field. But none have reached the fullness of their potential, none have combined being the coolest person in the room with being consistently the best player on the pitch.

Savour this season, or half-season due to a knee injury set to sideline him until the New Year, in Zlatan’s unique company. They really do not make players like this any more. The game is getting colder, with statistics and pure, sour-faced hard work overtaking innovation, invention and cheap thrills. But Zlatan Ibrahimovic will leave us with plenty of memories to keep us warm when the icy chill kicks in.