Robert Lewandowski, Ciro Immobile, even the strike forces of Liverpool and Manchester City. Eoin Doyle has outscored them all.

The striker has been ripping it up in League Two for high-flying Swindon this season and has more goals than anyone in the top four divisions in England, Spain, Germany, Italy and France.

Doyle’s tally currently stands at a whopping 17 - that’s nine more than team-mate Jerry Yates who is second in the division’s scoring charts.

Dubbed ‘The Ginger Pele’, continuing the name handed to former West Ham and Aston Villa star James Collins and Wigan Athletic's FA Cup hero Ben Watson, he’s finding the net at a rate the Brazil icon would be proud of.

On average he’s scoring every 87 minutes in England’s fourth tier.

While the Swindon faithful are no doubt ecstatic at the side’s goalscoring exploits, there will still be trepidation every time he wheels away in celebration for the fact he could be forced to leave the County Ground with just a few days' notice.

That’s because Doyle is actually only on loan. Joining from Bradford City, it’s a season-long deal but they can call him back at a moment’s notice.

The Bantams were relegated last term despite Doyle’s 11 goals and, like any side that goes down, were forced to shave the squad.

However, sitting in seventh and looking for promotion at the first time of asking, the prospect of Doyle’s golden boots will surely be needed as the season goes on. 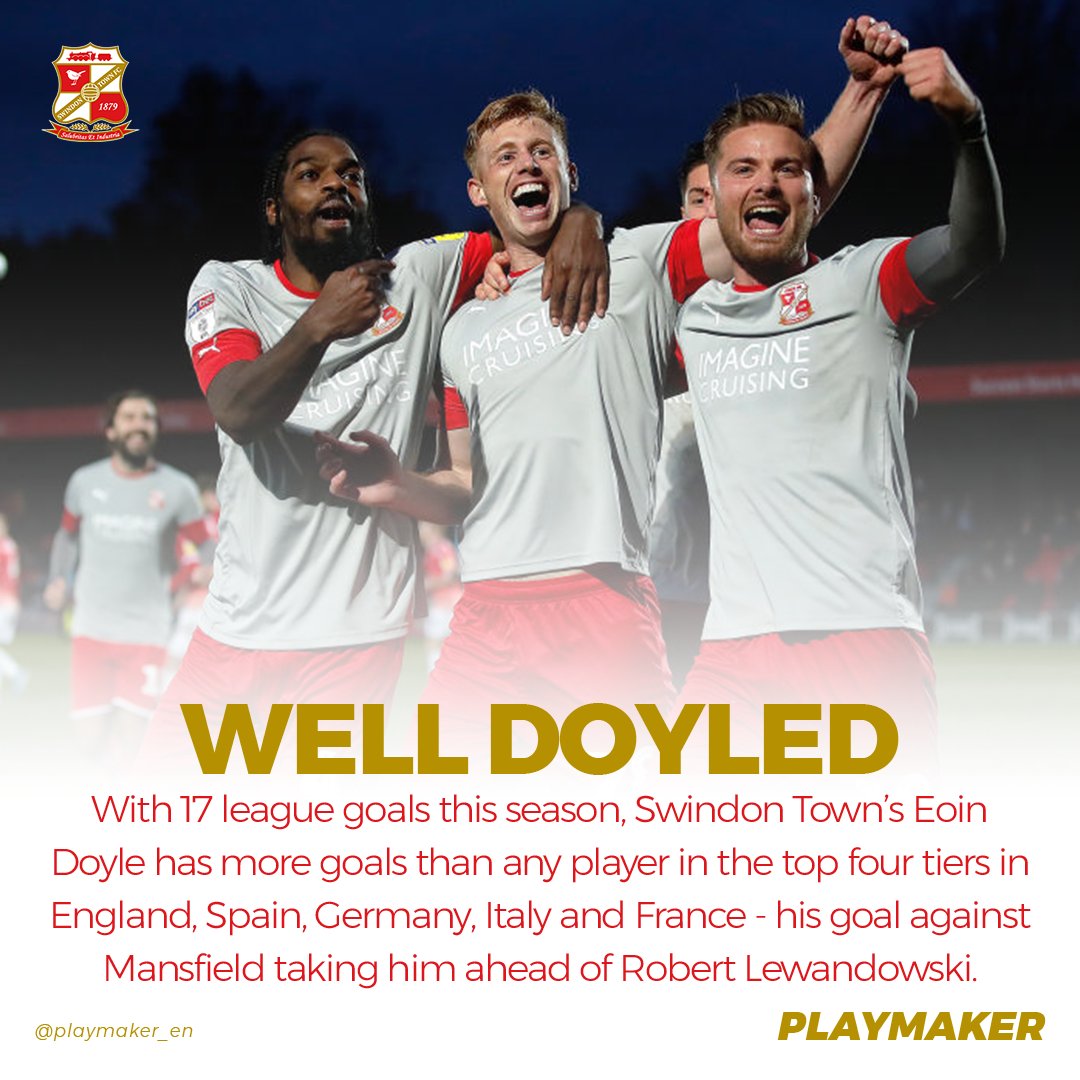 Born in Ireland, the 31-year-old left Sligo Rovers for Hibernian in 2011 and continued to find the net with 14 goals during his time at Easter Road.

Then came a move south of the border with Chesterfield.

Having impressed, spells with Cardiff and Preston followed, but after moving up a level his chances dried up and so too did the goals.

However, joining Oldham on a temporary deal in 2017 saw him make it onto the scoresheet more often than not.

Now the goals keep coming as he enjoys the richest vein of form of his career.

Whether it’s for Swindon or Bradford, this 'Ginger Pele' is showing no signs of slowing down.