After five consecutive draws, the desperately disappointing nature of a Euro 2020 last-16 exit on penalties to Switzerland, and speculation about the coach’s future and tensions within the dressing room, the real France stood up on Tuesday night with a world champion display against Finland.

Didier Deschamps, a World Cup winner both as a player in 1998 and then as a manager in Russia three years ago, could breathe a huge sigh of relief as despite fielding an injury-hit team Les Bleus stepped up when required and took total control of qualifying Group D with a 2-0 victory.

Defeat to Finland at Lyon’s Groupama Stadium in the suburb of Decines would have seriously jeopardised France’s chances of defending their title in Qatar. But for the Finns, it was their bad luck to come up against a side rediscovering their mojo in emphatic style. Their presence in the Middle East next year now looks near-certain, and the 11-2 odds on them winning it again (Betfred) looks less skinny.

The first win in six was earned through two high-class goals from Antoine Griezmann, one of the players looking most out of sorts and confused over his role in the team in recent games. But a strange thing happened in this encounter.

The forced absence through injury of Paris Saint Germain superstar Kylian Mbappe - along with at least six others - saw Deschamps play Griezmann just behind Karim Benzema and Anthony Martial, and the trio linked up like a dream throughout their time together on the pitch. 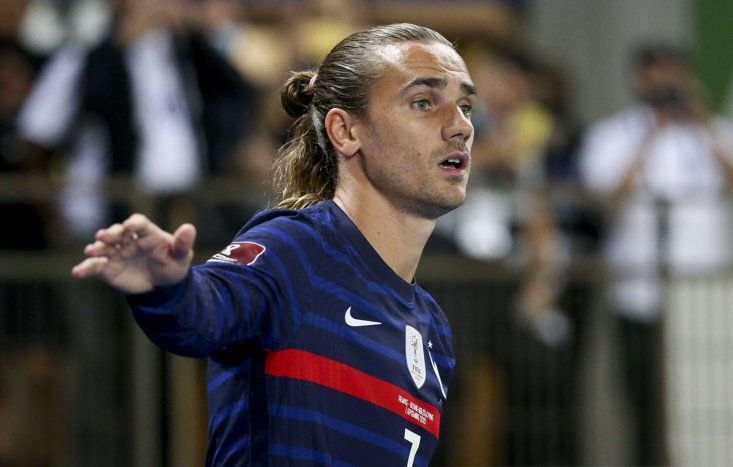 Time and again the neat triangle passing bamboozled the Finland defenders, leaving them standing motionless or forced into conceding fouls in dangerous areas with late lunges. But considering what to do with Mbappe when the £163million man is fit again is a problem Deschamps would far rather have than worrying about losing top spot in the group.

It was a proud night for Griezmann, 30, who made a deadline-day loan move back to former back Atletico Madrid from Barcelona in La Liga. His double saw him climb to joint-third in the all-time French goal-scorers’ list, level with legend Michel Platini. He is now behind only Olivier Giroud on 46, with Thierry Henry out in front on 51.

However if anything the man of the match was Benzema. The Real Madrid forward was restored to the fold for the summer Euros after patching things up with Deschamps following their five-year feud.

He did not add to the four goals scored in those championships against Finland, but was heavily involved in both goals and generally served up a masterclass of the centre-forward’s art – pulling defenders out of position, holding the ball up, and dovetailing magnificently with his strike partners.

Benzema began his career at Lyon, and the crowd roared their approval. This was his first appearance at the newly-built ground, and a first for 10 years in the area having played at the old Stade Gerland with Real Madrid in 2011.

Two-goal Griezmann said afterwards: “We now need to keep that spirit and desire we showed on the pitch against Finland. After five draws in a row it had been a long time since we had won, and we ended that run in a good manner.

“It makes me immensely proud to have equalled the goal record of someone like Michel Platini for France. I have always given everything for France since I made my debut in 2014.”

And head coach Deschamps said: “It was much more like what we are capable of doing. After the draws it was a very important result in terms of securing qualification for the World Cup.

“Look, it’s easy to talk about what you are going to do, but I did here what I thought would be good for the team. We had many players injured.

“But there was more determination and from there we saw the technical ability come through. It was much closer to the standards we have set.” 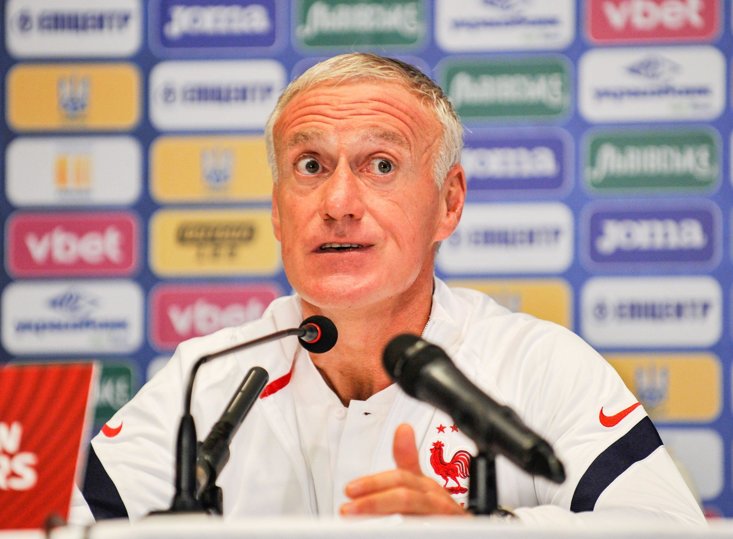 Finland came into this set of qualifiers full of confidence off the back of making it to a major finals for the first time in their history at Euro 2020. But any thoughts that France could be there for the taking with morale dented and players injured were swiftly dispelled.

The home team were at times irresistible. Norwich’s Teemu Pukki really ought to have had a penalty late on for a clumsy challenge in the six-yard box by Manchester United’s Paul Pogba, but 2-1 would have flattered the Scandinavians.

Much of the gloom was lifted in a single evening, because the poor sequence of results had triggered what they always do with any national team or club – moans, groans, and over-analysis of anything that might or might not be responsible.

In France’s case, Deschamps’ grip on the team and the performances and attitudes of Pogba, Griezmann and Mbappe had all come under close scrutiny. But this result and performance has shut down any such talk.