Toulouse Olympique could send Leeds bottom of Betfred Super League on Friday night but both teams have been backed to avoid relegation, with the Rhinos tipped to flourish under surprise new boss Rohan Smith.

Leeds raised eyebrows this week with the appointment of the relatively unknown nephew of Tony Smith, a coaching great himself at Headingley who announced his shock departure from Hull Kingston Rovers on the same day.

The Rhinos host relegation favourites Toulouse knowing that defeat would see them sink to the unfamiliar depths of Super League’s basement. But neither side may be down there for much longer according to a man who knows both clubs, and the new Leeds boss, as well as anyone.

Giant Toulouse prop Mitch Garbutt won the Grand Final with Leeds in 2015 and 2017, having also played under Smith as a youngster at Newcastle Knights.

He returns to a Headingley Stadium unrecognisable to the one he left, but believing that anyone writing off the Rhinos or their new head coach may well end up embarrassed.

“I’ve a lot of respect for Rohan Smith as a coach and as a student of the game he’s probably as good as anyone,” Garbutt tells The Sportsman. “He coached me at under-20s at Newcastle Knights back in Australia and is a very smart tactical coach.

“He will want to bring new ideas and if Leeds can buy into that they will improve very quickly. They have talented players who will be bitterly disappointed by how they have been playing, but the new coach will give everyone a boost, I know that.

“He’s a very smart coach from a rugby league family so he knows everything there is to know about the tactical and gameplan side of rugby league.

“His dad was a coach, his uncle is a coach, and his brother is one of the best strength and conditioning coaches in the world so he’s not short of help and has a lot of people to lean on. The risk is that it doesn’t go as Leeds hope, but on the plus side you have a young coach who wants to be there and wants to be successful.

“I know everyone probably thinks he’s not the coach they need but I think given the chance he could do a really good job.” 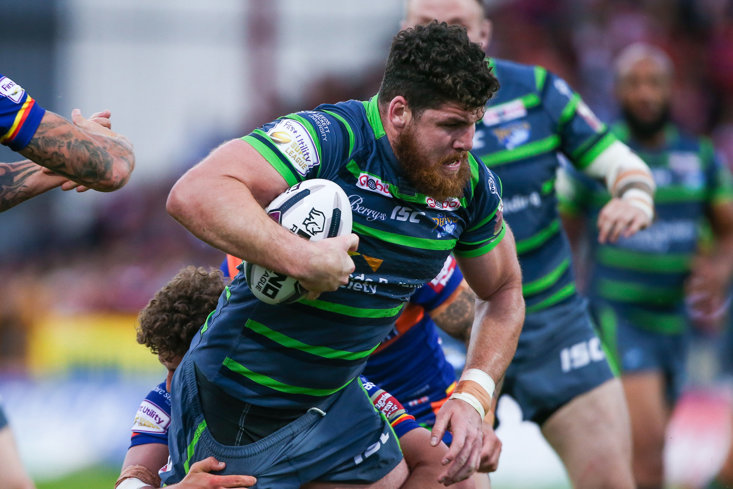 Garbutt is talking to me from Amsterdam airport, awaiting the team’s connecting flight to the UK from the south of France for this weekend’s huge fixture. It is the kind of trip that both Toulouse and Catalans Dragons complete for every single Super League away match.

“It’s a pretty important game for both teams in terms of the ladder and it feels like a great opportunity for us,” he admits. “We’ve been confident going into most games and have been pretty close without playing well. Confidence is not a massive issue for us.

“It’s probably two desperate teams, but for us we are very confident and have been for all our games.”

Toulouse won a stunning promotion last season but saw their two best players, Mark Kheirallah and Johnathon Ford, depart on the eve of their first ever top-flight season. They’ve been bottom of the table ever since, despite their one win coming against the best team in the land.

“I feel we are a very close-knit group and beating St Helens was a massive boost for us,” Garbutt adds. “If you have played in a struggling team then you get resigned to losing. We are not like that. A lot of our defeats have been very winnable and that gives us confidence.

“It would be good to get off the bottom but it is so early in the season. I don’t think a win or loss in this one will define our season and that goes too for Leeds. Winning or losing only lasts for a few days then there’s another game to prepare for.

“If it does end up being between us and them, then of course I want Leeds relegated but it’s so early and there’s not a big gap between us two and the rest. We can both climb the ladder and put other teams in trouble.“