Football
News
The Welshman rolled back the years with his performance in Spurs' 4-0 win over Sheffield United
Kieran Spratt
21:31, 02 May 2021

Gareth Bale was absolutely brimming with confidence at the Tottenham Hotspur Stadium on Sunday night as he bagged a hat-trick to help Spurs cruise past Sheffield United in a comfortable 4-0 win.

The Welsh international’s first hat-trick since 2012 helped Ryan Mason’s side move up to fifth in the Premier League and into a Europa League spot - although the teams they overtook, West Ham and Liverpool, will have games in hand.

The 31-year-old rolled back the years, putting in his best performance in a Tottenham shirt since his return from Real Madrid on a season-long loan in September, and it was a timely reminder of just what the four-time Champions League winner is capable of.

Tottenham opened the scoring with the first half’s only goal, when a Blades’ half-clearance from a Harry Kane ball only fell as far as Serge Aurier, who lofted a pass over the top to Bale, who duly lobbed the incoming Aaron Ramsdale.

In the second half, Hueng-Min Son thought he’d doubled the lead but a VAR check judged that it was offside by the tiniest of margins and it was ruled out. The ball was in the back of the net again just five minutes later - this time though, it would count.

Bale’s second of the match, his fiftieth in the Premier League, came from a break from a Sheffield United corner. Son carried the ball forward for Spurs before playing Bale through on goal, who sent Ramsdale the wrong way with a classy finish from the edge of the box. He sealed the hat-trick when Dele Alli picked out Aurier down the right. The Ivory Coast captain cut inside and played it into the path of Bale, who rifled it into the bottom corner from 20 yards. 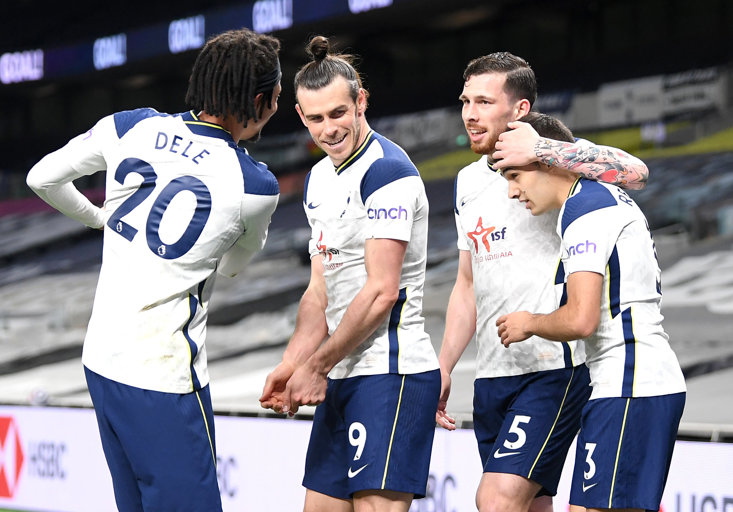 Son wrapped up the game with a sublime goal. Spurs, taking advantage of a David McGoldrick mistake in midfield, found the South Korean who managed to curl in a stunner from 20 yards out, clipping the post on the way in. With 16 goals and ten assists, Son now joins Harry Kane and Bruno Fernandes as one of three Premier League players to both score and assist 10+ goals in the Premier League this season.

That makes it two wins from two for Mason since taking the helm at Spurs following the departure of Jose Mourinho, and the manager will certainly be buoyed by not only Bale’s performance tonight, but across the park. Son and Aurier, who notched two assists, were also excellent.

Speaking after the game, Man of the Match Bale told Sky Sports, "It seems a while ago [since his last hat-trick] so it's nice to get a hat-trick but more important to get the three points.

"You have to take your chances when they come so I'm feeling good. I just needed to play games and get a run of games and I'm doing that now. I'm happy and when I'm happy I play well.

"Winning always makes everyone happy and gives a winning mentality to the dressing room. It's not going to happen overnight but I feel like we're taking a step in the right direction."