Football
News
Foundation of Hearts have ensured that the Jambos will be around for generations to come
Graham Semple
11:05, 24 Jul 2022

On a historic August afternoon, as Heart of Midlothian became the largest fan-owned club in Britain, an overjoyed Stuart Wallace paused to remember his grandfather who was born just 75 yards from the main entrance of Tynecastle Park.

Wallace, at that time the chairman of the Foundation of Hearts (FOH), the new majority shareholders of the famous Edinburgh club, had ensured, along with thousands of his fellow supporters, that the Jambos would be around for generations to come.

Five lifelong fans formed the FOH in 2010, primarily due to concerns relating to the financial health of Hearts. “I think what was going on in the Vladimir Romanov era gave them the need to do something,” Wallace tells The Sportsman as he reflects on the troubled spell under the previous owner. “It was pretty clear the way things were going that Romanov was losing interest and the club was very likely tumbling towards administration, so an action-plan was needed.”

In June 2013, the fears of the Hearts supporters became reality. The club plunged into administration, and there was no obvious escape route from a tangled and complicated financial web created by the unpredictable Lithuanian.

The outlook was bleak, and the club was in perilous danger of becoming a modern-day Third Lanark. The FOH allied with businesswoman Ann Budge in an attempt to save the club. Budge eventually became the majority shareholder, and a legally binding long-term agreement was shaped between her and the FOH to deliver a fan ownership model.

“The club was in trouble,” admits Wallace. “I think Ann Budge was a bit of a saviour. I have stood up several times at Hearts events and said would there be a Heart of Midlothian without Ann? My answer is no. There was certainly no real plan beyond the FOH. The FOH would not have existed, it would not have had life if Ann had not put the money behind it like she did and allowed the fans to step forward and buy the club as they did.” 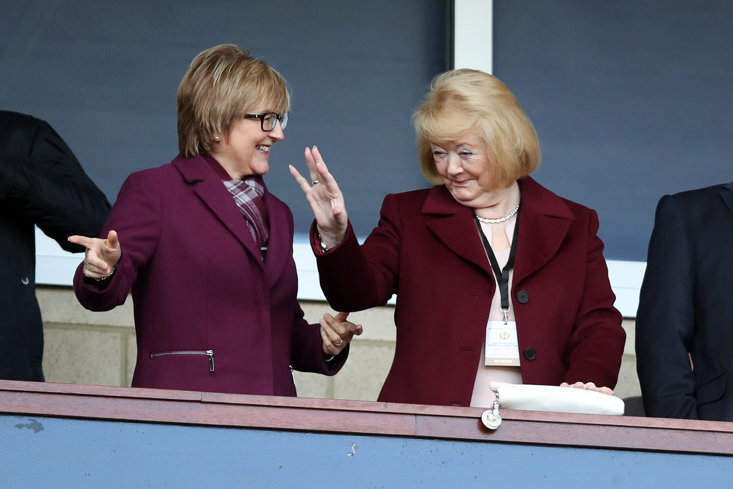 There is a light-hearted joke often repeated by Rangers' fans that is not solely unique to them; if three bluenoses were stuck on a desert island, four supporters clubs would be in operation by the end of the day. In-fighting and petty squabbles tend to damage and derail fan movements, but the FOH proved to be different - they were slick and professional from the outset.

Around 8,900 pledgers make a monthly financial commitment to the FOH - over £13.5 million has been raised - and their unwavering support ensured the dream of supporter ownership came to fruition last August. “The emotions of that day, gosh, we were so proud of what the supporters achieved,” Wallace recalls. “It was enormous to do that and satisfying to deliver on what we promised the fans. Ann promised to deliver it, and it was achieved. The fans owned the club. It was just a brilliant day.

“The big thing for us post-ownership has been letting everything settle down, finding our role and being comfortable with it. The governance structure ensures two members of the FOH board sit on the football club board as nominated directors. We have been party to conversations about what the strategy is going forward, what the five-year plan is and how we cement third place and keep getting that prize money.”

Success on the pitch has ensured the feel-good nature at Tynecastle has remained, and the club is preparing for an upcoming campaign that includes European participation until at least November. It has been an impressive rise for a club unfairly demoted during the abbreviated Covid season of 2019/20 - and such an injustice further galvanised the fanbase.

With the club finally in the hands of the supporters, it seems unthinkable that Hearts could be at the mercy of one individual again. “The only way it could happen is if the membership voted for it,” stated Wallace. “If we thought it was right, or we thought there was a decision to be made and the club agreed, we would send that across to the membership. I would like to think, that if it was the right circumstances, 99% would vote for it rather than 90% (threshold requirement), but it is not even on our radar. We have only left it open just in case, but our focus is on Hearts remaining a fan-owned club, although you never know what can happen in 25 years time.

The FOH have also taken steps to ensure a vote has to be held if Hearts ever contemplate a name change, explore the possibility of leaving Tynecastle or ponder a kit switch. Unlike many other British clubs - including Cardiff City and Hull City - the Hearts supporters have the power to kibosh any madcap ideas.

Nearly 9,000 Hearts supporters, young and old, have earned the right to say they own a football club. The Tynecastle faithful has demonstrated what is achievable if fans unite and pull in one direction - and hopefully, others are inspired to follow their exemplary example.

*Stuart Wallace stood down as chairman of the FOH at the end of May.