Briefly, and perhaps only briefly, chaos reigns at Stamford Bridge once more. The five goals they conceded at home to Sam Allardyce’s West Brom this weekend were so out of character from the side that Thomas Tuchel has put together that he watched on helplessly from the touchline as the relegation threatened Baggies ran riot at Stamford Bridge.

It was the first time we have seen murmurs of discontent under Tuchel’s reign, which has been almost flawless to date. Those murmurs turned into a full-blown argument in training the following day as Kepa Arrizabalaga and Antonio Rudiger were involved in a blazing argument that required the pair to be separated. Tensions run high when the pressure is on, but in the past as we have seen with this football club, the Champions League can provide a soothing tonic.

Cast your mind back to 2012. In the same year London hosted the Olympics, prime minister David Cameron left his daughter in a pub and Felix Baumgartner broke the skydive world record from the edge of space, Chelsea took a leap of faith of their own.  On March 4, having lost the first leg of their Championship League last sixteen match 3-1 against Napoli and having just lost to West Brom in the Premier League, Andre Villas-Boas was dismissed. His replacement was the man closest to him, club legend and assistant Roberto Di Matteo, handed the job as a safe pair of hands until a full-time boss would be appointed that summer.

That Chelsea squad, many of whom have written their name into Stamford Bridge folklore, was underperforming. Three wins in their last twelve league games was enough reason for Roman Abramovich to wield his well-oiled axe and sack a manager who he had paid £13m to bring in from FC Porto just nine months previously. John Terry and Ashley Cole were the wrong side of 30, Didier Drogba was leaving at the end of the season and Frank Lampard had been left out of matchday squads by AVB as the young boss struggled to deal with the senior members of that Chelsea dressing room. It was not a pleasant or cohesive environment in which the players could perform.

Then in came Di Matteo. A manager who had experience at MK Dons and a promotion with West Brom on his CV was simplistically refreshing. The most important thing he gave those senior players? Trust. After AVB has attempted to micromanage every situation, Di Matteo gave the players simple instructions and then allowed them to make their own decisions on the pitch. It worked beautifully. 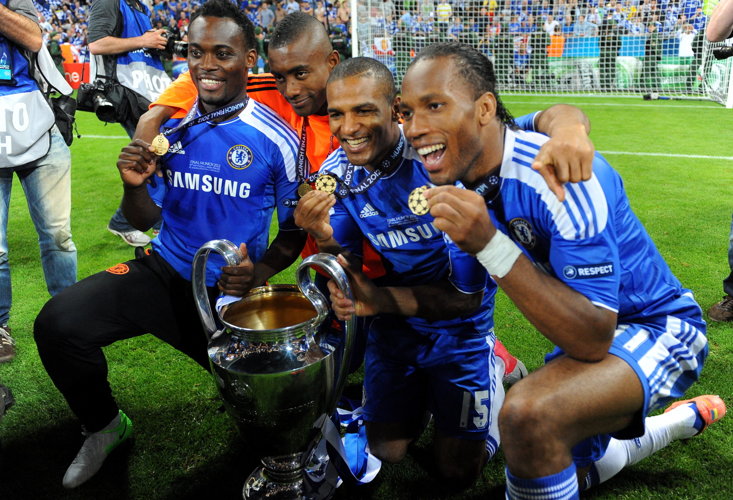 They turned around that Napoli deficit, swept aside Benfica and beat Leicester and Tottenham on their way to the FA Cup final. Then came the big one. Barcelona in the Champions League semi-final, up against possibly the greatest team the world has ever seen. They had their luck, they had their moments, but Di Matteo’s defensive football worked to perfection as they booked their place in the final, where Didier Drogba took centre stage.

His late goal against Bayern Munich in the German sides’ own stadium took the game to penalties, and his most telling touch in a Chelsea shirt, fittingly, was the penalty that won them the European Cup for the first time. Di Matteo has made the game simple and against all the odds, Chelsea had won the Champions League.

Now Tuchel’s Chelsea may not feature the same iconic names such as Terry, Lampard and Drogba, but they do have a kind draw and a serious chance of making the final once again. Amid training ground arguments, a defensive horror show and an imperfect season, could the Champions League once again provide the soothing remedy that both Roman Ambramovich and Chelsea crave?