Football
News
There's a glimmer of hope that both managers could extend their time in the English top-flight
Conor Keane
12:13, 28 Apr 2022

Something has changed. It was not long ago that we were all preparing to say farewell to Pep Guardiola and Jurgen Klopp in the Premier League, however we have been given a glimmer of hope that both will extend their stays in England.

The two coaching geniuses were set to depart from Manchester City and Liverpool in 2023 and 2024 respectively, but the rivalry that has sparked from their brilliance, the quality of the football they encourage and their personalities has been a gift to all fans of the beautiful game.

This season’s title race is just the current chapter of a thrilling story that has seen Manchester City and Liverpool evolve into one of the greatest clash of the titans games that football has ever seen. The managers have won 13 trophies between them and not only have they made each other better, they’ve helped build two of the most extraordinary teams to ever grace English football.

It was not too long ago that reports emerged saying that Guardiola was open to extending his stay at the Etihad Stadium and this morning the same has been said regarding Klopp’s future. Not only is this the best news the fans of City and Liverpool could receive right now, but it is just as positive for the game in this country as a whole. The squads that both have assembled have been incredible and with the structures that they have behind the scenes at their respective offices, it has often been questioned why they would leave.

After the latest week of Champions League action, it's unquestionable that they command the two best teams in the world right now and they will not only be encouraged by their latest triumphs on Europe’s grandest stage but they also know that these teams have the potential to rule supreme for a long time. On Tuesday we saw City at their free-flowing best as they picked apart Real Madrid four times with some, at times, mesmerising play. 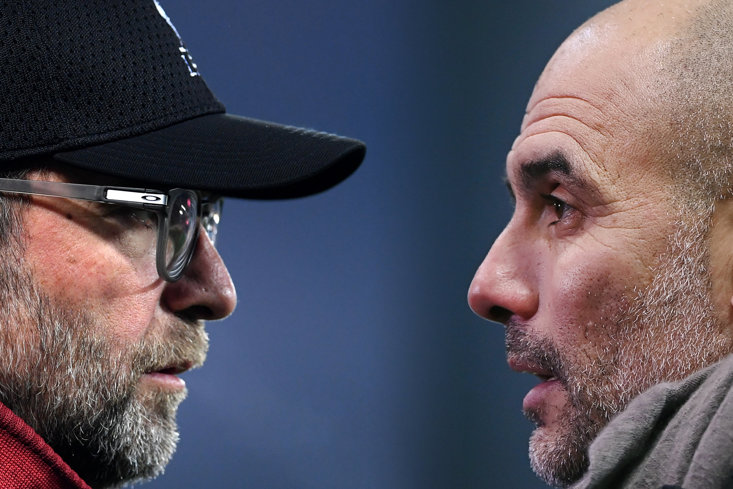 Liverpool, meanwhile, showed their ability to break down a Villarreal side that was perfectly set up to withstand anything they threw at them and managed to come away with a 2-0 victory. Where Juventus and Bayern Munich failed, they succeeded by just playing their own way.

We are truly blessed to live in a time where we not only have these two outstanding sides pushing each other to be better, but also the managers who are the absolute best of their profession. Much like the joy of having Lionel Messi and Cristiano Ronaldo go head-to-head, we need to enjoy Guardiola and Klopp competing against one another for as long as possible. They are visionaries and their work doesn’t look anywhere near finished.

Guardiola has already stayed longer at City than any previous job and is into his sixth season in charge with his current role set to end after seven. People have wondered if he is waiting to land the Champions League, but why leave with the one when this squad has the potential to win several?

Pioneers of this era of City dominance have come and gone. There was David Silva, Vincent Kompany and Sergio Aguero, yet without them the Cityzens are just as strong and can still get better. This is likely why the Spaniard has reevaluated his future. City are showing no signs of slowing down and he knows that he can still push them to another level. This enthralling challenge will excite him and with the constant backing of the club, he will be able to achieve special things. If the reports are accurate in that he will be bolstered with the free-scoring Erling Haaland next season, he will realise that there is no better place to be.

The same goes for Klopp. It’s been known for a long time that he has the best front three in the world at his disposal, but the key trio of his defining era in the Anfield hot seat are ageing. Sadio Mane and Roberto Firmino are 30, Mohamed Salah is 29, the peaks of their individual brilliance will be slowly coming to an end. Liverpool have already planned ahead to keep the well-oiled machine whirring though. The magical Colombian Luis Diaz has already entered the fold as the long-term successor to Mane and Salah and he is set to be joined by young Fulham starlet Fabio Carvalho. Firmino has already been dethroned by his successor Diogo Jota, a revelation since moving to Merseyside from Wolverhampton Wanderers.

The way that Liverpool conduct their transfer business, especially in the example just given, where they replace their stars before it's too late, shows true organisation and a commitment to build continual success from the pitch to the boardroom. Klopp will be well aware of how well Liverpool is run on and off the field and as a manager you can’t ask for anything more. The German boss is adored in the city and the feeling is mutual. The supporters would love to have him in charge forever.

If both progressive coaches were to cut ties with their clubs there is no way they would find a new club with as strong a squad or the perfect synergy from top to bottom as they already have around them. It’s no wonder that they have maybe started to realise that their current homes are the best place for them and their careers.

Guardiola and Klopp's greatness cannot be overstated - let’s hope we are fortunate enough to witness it firsthand for many more years.