Football
News
It could be a special evening at Goodison Park for the National League side
Conor Keane
08:00, 03 Mar 2022

The magic of the FA Cup has been in full swing this year and non-league Boreham Wood are the underdog story of this year’s competition. Having dumped Bournemout out in the last round, they are on the hunt for a place in the quarter-finals as they look to pile more misery on Premier League club Everton when they square-up at Goodison Park.

The National League side are having a memorable season as they have battled their way to the fifth round of English football’s most historic cup competition and they sit fourth in the National League, chasing promotion to the Football League. As the lowest-ranked club still in the competition, a lot of eyes will be fixed on their game and they will likely pick up a lot of supporters for 90 minutes against the Toffees.

This season is quite special for the south London club following the struggles they went through, like most non-league clubs during the Covid-19 pandemic - their chairman Danny Hunter had to remortgage his house just to help the club get by. The most interesting stat surrounding Boreham Wood heading into this stellar tie is that they are still yet to concede a single goal in the FA Cup. The players will not be fazed by playing top-flight opposition with that impressive record and they will feel that the Premier League strugglers are there for the taking.

Everton boss Frank Lampard’s attention may not be completely as focussed on the prestigious cup as he would like as the Toffees are in a sticky situation and their status in the top-flight remains uncertain with 14 games to go. BT Sport commentator Adam Summerton feels that an upset could be on the cards for Lampard’s side as the National League visitors are “a horrible team to play against,” as he told The Athletic’s Totally Football Show.

He says that is exactly how Luke Garrard wants his players to play as their excellent defensive record shows, not just in the FA Cup but also the league in which they boast the least goals conceded. From what we have seen in the Wood this term is that they are so well-organised and disciplined as their defensive record suggests - just 17 conceded in the league in 2021-22. They may not be the most prolific team when it comes to scoring, but their excellent defence makes sure they are always competing in games which in football is sometimes the most practical method to achieve victory. 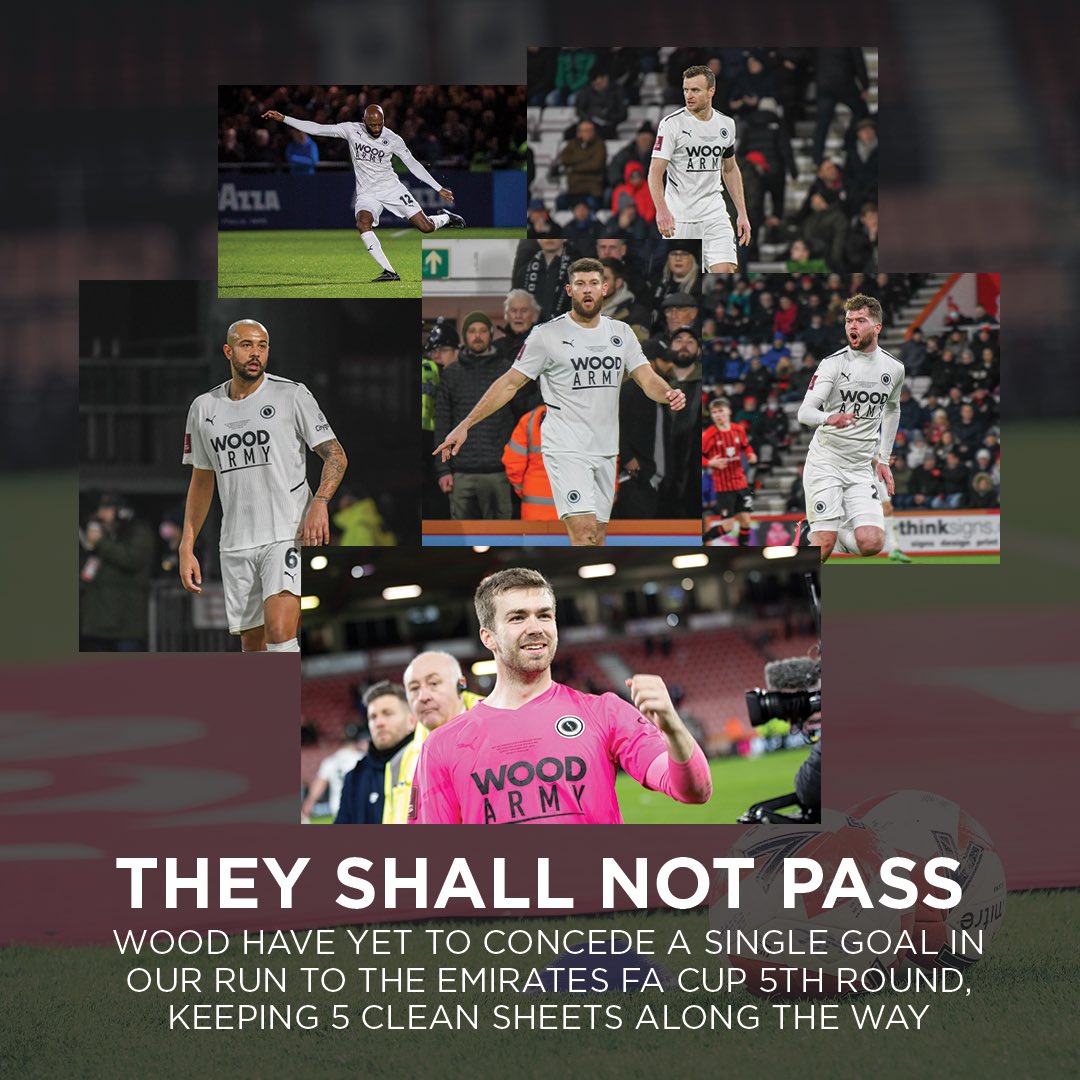 Something that is quite hard to believe is that even with their astonishing discipline at the back, they have been missing some key defenders this campaign, including Jamal Fyfield and Femi Ilesanmi who would both start if fit and available. They also lost ‘the best striker outside of the Football League’ in Kabongo Tshimanga, who is currently starring for Chesterfield.

As well as these issues, they also suffered the loss of their number one goalkeeper Nathan Ashmore at the start of the season. It's truly remarkable to see how well they have adapted to the situation they have found themselves in when in essence the spine of the team had been decimated while the season was still in its adolescence.

This courageous cup run is just the icing on the cake of a brilliant season which still has some way to go but they are still in the race for the National League title as they are just eight points behind leaders Stockport County with three games in hand. With all the misery the last two years has brought the world and the financial impact of the pandemic, it is incredible to witness a non-league club defying the odds and you cannot write them off from doing the same again. They have already dealt with and beaten one of the best sides in the Championship, now their mission is to beat a struggling team from the ‘best league in the world’.