Football
News
Led by the best player in the world, Spain could lift the Euros this summer
Simon Lillicrap
10:05, 24 Feb 2022

England are the hosts and the Netherlands are the reigning champions, but Spain are the pre-tournament favourites to lift a major trophy for the very first time - and with good reason. At the Arnold Clark Cup, a tournament that has seen England host Germany, Spain and Canada this month, the Spanish have purred with a metronomic brilliance, even if the results, two draws and a win, do not quite reflect that.

Ranked ninth in the world, they on paper, were the lowest-ranked side heading into the warm-up tournament, but have come out of it as a supremely confident outfit that are going to be difficult to be on English soil this summer.

Interestingly, the principles that Spain have built their success upon reflect the same principles that saw the men win the 2008 and 2012 Championships, as well as the unforgettable World Cup 2010 success. Those teams flourished thanks to one of the most successful Barcelona teams of all time, complemented by a few Real Madrid stars.

A midfield trio of Sergio Busquets, Xavi and Andres Iniesta ruled Europe and now Spain are relying on the European champions, Barcelona Femeni as they target international glory this summer. It certainly helps that they have the best player in the world at their disposal in Alexia Putellas.

Putellas, an attacking midfielder, was integral as Barcelona won the treble for the first time in their history, even scoring a penalty in the Champions League final mauling of Chelsea. She completed a treble of her own in 2021 as she won the Ballon d’Or, FIFA’s The Best award and UEFA’s Player of the Year - establishing herself as a true great of the women’s game.

Her Barcelona teammates, who dismantled Emma Hayes’ Chelsea in that final, are on her wavelength for Spain and compliment her natural ability. In midfield, Aitana Bonmati and Patricia Guijarro should both feature at Euro 2020 and at 24 and 23 years old respectively, have a bright future ahead of them. 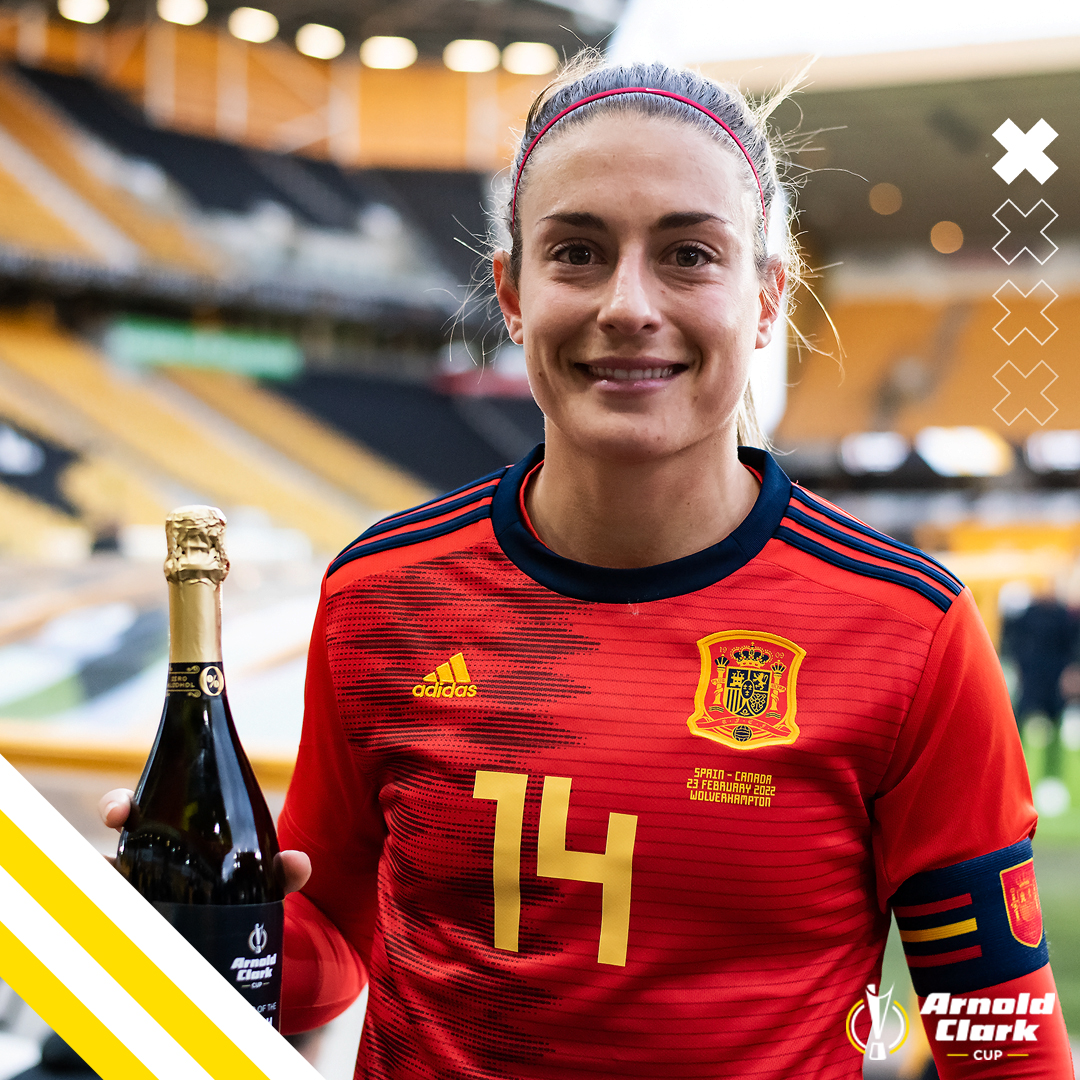 Leila Ouahabi and Maria Pilar Leon have stepped up into senior roles while vice-captain Jennifer Hermoso is entrusted with scoring goals and creating space for Putellas. But the El Clasico divide, which many thought would be too much for Spain’s Golden Generation to deal with on the men’s side, still exists for the women.

Ester Gonzalez, who has scored 14 goals in 18 appearances for Spain, 21-year-old Athenea del Castillo and Ivana Andres could all start this summer, but smoothing over club divides is vital for international success. Barcelona and Real Madrid played out some of the most fiercely contested El Clasicio’s during that period between 2008-2012, and yet the likes of Sergio Ramos and Iker Casillas were able to unite with Gerard Pique and co for the greater good.

Back to the woman in 2022, and only Manchester United's Ona Batlle does not play her domestic football in Spain which not only provides a great level of unity within the squad but also demonstrates just how good La Liga is for these players to flourish.

A running theme of this Spain squad, and those Barca stars is youth and with the emergence of Real Madrid’s Olga Carmona, Atletico Madrid’s Laia Aleixandri and Real Sociedad’s hot shot Amaiur Sarriegi (all 21), the future is looking incredibly bright for Spain, beyond this summer.

And we all know what that means. European success is well on the cards in 2022, but the World Cup is also up for grabs next year. Don’t put it past this group of talented stars, led by the best player in the world, to do exactly what the men did a decade ago.