For just four weeks in the summer of 2018, Alisson Becker was the most expensive goalkeeper in history. For £66.8m, Liverpool had invested a huge amount of money in a goalkeeper they had scored past seven times in that year’s Champions League semi-finals.

Four years on, it is arguably the smartest investment Jurgen Klopp has ever made. It’s certainly the transfer that changed the course of history and sparked a new era of success at Anfield. On the brink of another Champions League final, their third in five seasons, the showpiece event against Real Madrid will bring back heartbreaking memories of the final in Kyiv against the same opposition.

On that night, Loris Karius, Liverpool’s number one at the time, had an unmitigated disaster. It was a game so bad for the German goalkeeper that he would never play for the club again, and it ended his spell in English football after just 29 appearances.

Suffering from concussion, Karius lost his bearings completely on the biggest stage. First he inexplicably rolled the ball into Karim Benzema’s ankles for Real Madrid’s opener, before he spilt Gareth Bale’s long-range effort into his own net - having also been beaten by the best goal in the Champions League final history from the Welshman.

Klopp already knew he needed an upgrade in between the sticks having flipped between Simon Mignolet and Karius as Liverpool finished 4th in the Premier League, but this final meant it was now his top priority. 54 days after that fateful night, he had his man.

Now, Virgil van Dijk, has also played a huge part in this Scouse revolution having joined in January of 2018, and together, they have completely changed the way Klopp’s team can play. The Dutchman’s defensive prowess and control of the back line added stability, while Alisson’s command of his box, front-footed nature and ability on the ball transformed the side.

The Brazilian is completely trusted on the ball by his defenders, giving them an extra option at all times, but it is his aggressive sweeper keeper style that has taken the Reds from pretenders to contenders. Alisson’s starting position is high so he is ready to sweep up any balls over the top, which allows the back four to play a high line.

With Van Dijk’s pace, between them they can cover almost any counter-attack, but what this move has also done is squeezed the rest of the team up the pitch. Trent Alexander-Arnold and Andy Robertson become wingers, and effectively their feared front three are allowed to play as far forward as possible.

Clearly, Klopp has transformed this club. Since his arrival they have gone from 8th in the league to Manchester City’s only challengers, scooped one league title along the way and are now competing for their second European crown.

But Alisson has turned a good team into a great one. He’s picked up two Premier League Golden Glove awards, one league title, one FA Cup, one League Cup, one Club World Cup and one Champions League title. He’s helped turn his side into such a strong outfit, that they are now favourites to win the Champions League this weekend.

And don’t forget how they’ve made it all the way to Paris this term. Forget the group of death, the Anfield nights and the Villarreal comeback - they are only qualified for this competition because of their goalkeeper. 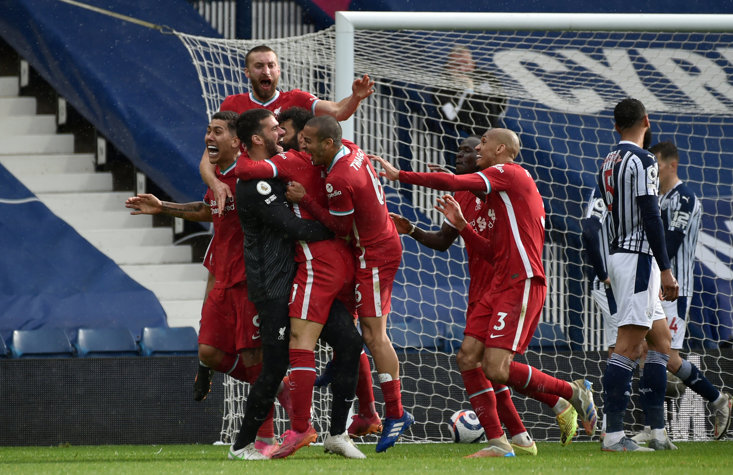 With a whole host of injuries to key players, including Van Dijk, Liverpool were fighting to get into the top four. With no fans in attendance, the Premier League had a hollow feel to it and the Reds needed some inspiration from somewhere after a tepid display against Sam Allardyce’s West Brom.

With the scores level at 1-1 heading into added time, Klopp sent Alisson up for a corner, knowing his side were desperate for all three points. Unmarked, he headed home from the set piece to become only the sixth goalkeeper in Premier League history to get on the scoresheet.

Liverpool went on to secure fourth spot, and as they say the rest is history. If the Reds do go on to secure their seventh European crown this weekend, Alisson will go down as not only a cult hero - but one of their greatest ever signings.