Turkey is home to some European giants. Galatasaray, Fenerbahce and Besiktas - the Istanbul clubs - have dominated domestically for decades, collectively winning 57 of the 65 Super Lig titles in history - but now they are being upstaged domestically by the unlikely champions elect. Trabzonspor.

Affectionately named ‘storm of the Black Sea’ due to its fishing port and position on the Turkish coastline, the city of 300,000 inhabitants are shaking up the Super Lig, on course to win their first league title since 1984, and gain revenge for the Turkish Football Scandal that saw them lose out on the league title in 2011 - but more on that later. Despite the long wait, this isn’t the first time they’ve stunned the established Istanbul trio who seem to be losing their grip on Turkish football, after big-spending Istanbul Başakşehir won their first crown last season.

Back in 1976, just eight years after being formed as a club, Trabzon became the first city outside Istanbul to win the title, which until then had been dominated by the three Turkish giants, established for well over a century. It’s fair to say that Abdullah Avci has performed wonders with a side lacking the goalscoring star that so many of their opponents possess.

Instead he has built a functional and fluid team that has lost just one game domestically all season, and now sit 14 points clear of second place. Avci’s record since joining has been simply stunning, with 41 wins, 17 draws and 7 loses, 106 goals scored and 59 goals conceded. The former Turkey and Besiktas manager has worked wonders with the tools given to him. Rival teams boast names such as Mario Balotelli, Michy Batshuayi and Mesut Ozil, yet Avci has got a tune out of Cardiff City flop Andreas Cornelius, who now leads the scoring charts with 12 to his name.

Behind Cornelius, Edin Visca has been a creative force but the biggest name, Marek Hamsik has shown his class in midfield. Trabzonspor have flourished even when Hamsik has been sidelined with calf injury in recent weeks, winning four on the trot, including a vital 2-1 success over second place Konyaspor.

Trabzonspor Club
@Trabzonspor_EN_
🛬📍Trabzon | We are coming, spring is coming 🌼 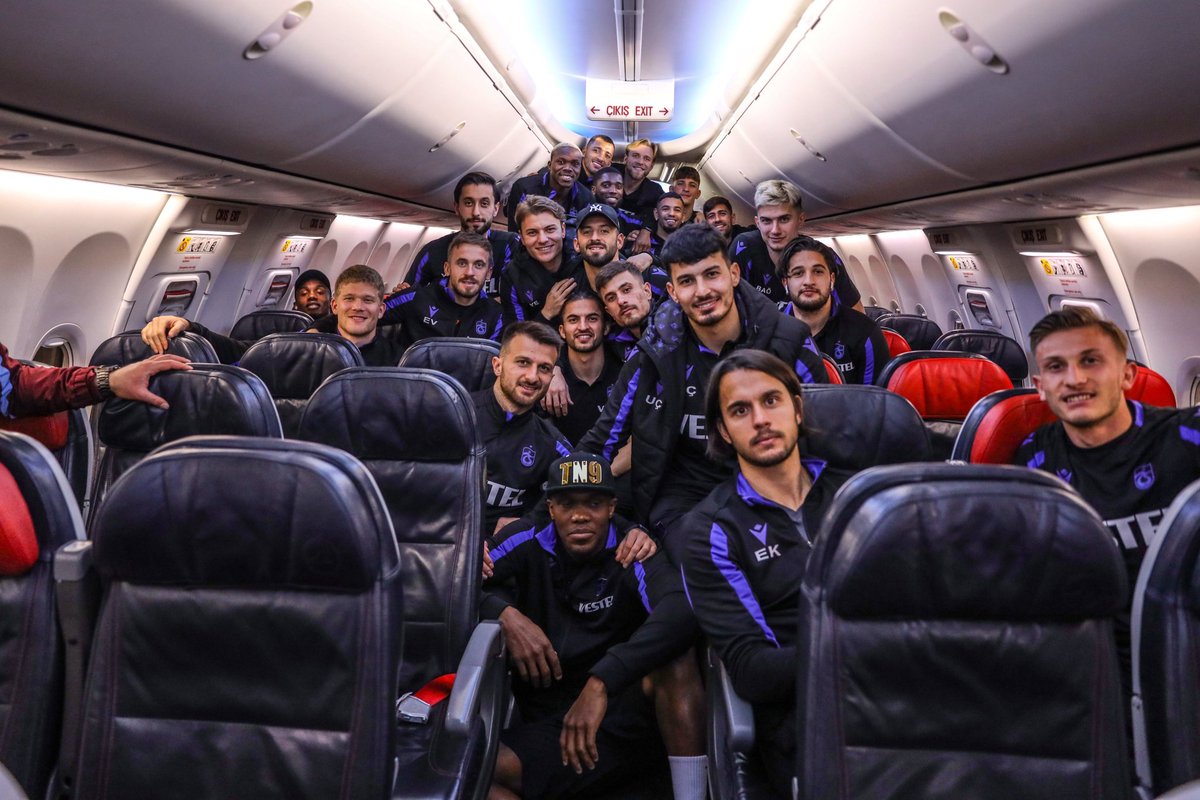 In fact, it has been a season of relative struggle for the teams so used to dominating this division. Galatasaray, so used to playing in Europe, have instead been attempting to get themselves away from the relegation battle after a dismal start to the season, and now sit 13th. Meanwhile Fenerbahce and Besiktas are battling to finish in the top four, and currently sit fifth and sixth, with Adana Demirspor, Istanbul BB and Konyaspor all above them in the table.

Although this seems like somewhat of a ‘fairytale’ story, Trabzonspor have been backed financially. In fact, in 2020, they were banned from European football for a year having failed to meet Financial Fair Play regulations, two years after they were handed a transfer ban for failing to fulfil financial payments for a player transfer.

There have also been some key flash points in the club’s recent past, some of which have been attributed to the fact the people of Trabzon are known for their fiery tempers. In 2015, after a 2-2 draw with Gaziantepspor in which the referee failed to give the hosts a late penalty, İbrahim Hacıosmanoğlu locked Çağatay Şahan and the rest of the officials in their dressing room until 4am. They were only let out after a phone call from President Recep Tayip Erdoğan demanded they were released.

Yet this frustration, and hatred of those from Istanbul, boils from a title they should have won a decade ago. In 2010/11, they finished as runners-up, having blown a nine-point lead at the top of the table. Eventual winners Fenerbahce went on to win the league on goal difference, losing just one of their final 17 matches - but they had cheated in one of the biggest scandals European football has ever seen.

A giant match-fixing scandal was uncovered that summer, with the Istanbul club at the heart of it. They were expelled from the Champions League by UEFA, yet the Turkish Football Federation did not revoke their league title, and the city of Trabzon was left empty-handed.

This season they are out to end the hurt and suffering. Istanbul's elite are struggling for the first time in a generation and we could see some different names from Turkey playing European football next term, but one thing looks certain - Trabzonspor will be champions for the first time in 38 years.