Lee Radford says he will thrive off the backlash he is anticipating when the Castleford Tigers boss heads into the away dressing room for the first time at a club where he spent half his life.

The former Hull FC favourite, who led the club to two Challenge Cup wins as head coach and experienced both Wembley and the Grand Final as a player, returns to his home city for a huge Betfred Super League clash on Friday night.

A no-nonsense old-school coach, and an animal as a player, Radford believes that despite everything he achieved in the famous black and white, he will be in for a torrent of abuse when he goes home in new colours. Because that is how sport works.

“I have always used it as a motivator,” Radford tells The Sportsman. “That is the same with any form of criticism or setback. It has always triggered something that has made me go a little bit harder and that’s how I’ve always dealt with it.”

Radford’s long tenure as Hull boss came to an abrupt and high-profile end two years ago when he was sacked right after a televised home thumping by Warrington Wolves in his seventh season in charge.

The end was brutal and disappointing, at a club that had been his life, and in a city where he was born and bred. Radford needed a complete change and when the Covid-19 pandemic hit within days he was able to take an extended break. There was almost a drastic change of direction, contracts were signed with American rugby union franchise Dallas Jackals but the move was thwarted by Covid just before he flew out. So instead, it was Castleford, and now finally the moment to return to Hull.

“I made friends for life in Hull, I’ve had half my life there. Playing was a fantastic experience and I managed to walk out in a Challenge Cup final and Grand Final as a player. The two Challenge Cup wins as a coach are standout memories. To do it back-to-back was pretty special. The team we are playing this weekend is not my team, they have all been recruited since I’ve gone.” 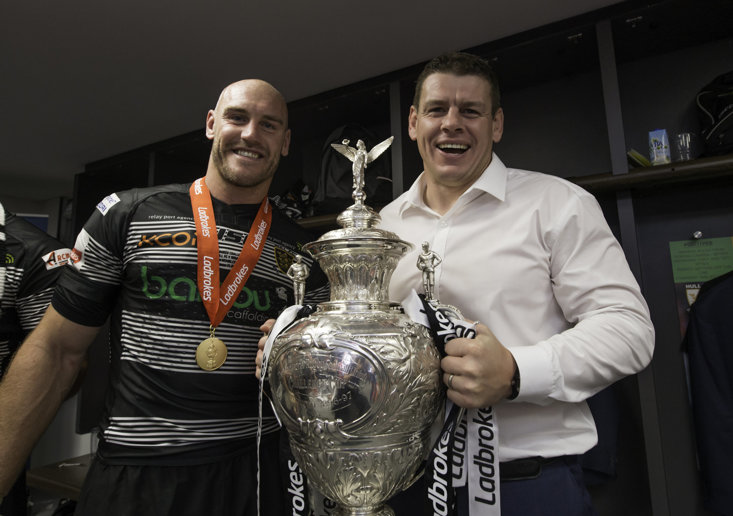 Radford’s success at Hull was rich. But sport, like life, is unforgiving, and memories get revisited and corrected. As such, there will he no love lost.

“I find it funny when they lose now and I still get the blame somehow,” he says. “I don’t have any blueprint on anything there, it is someone else’s club and someone else’s team. But it is part and parcel of the game and I’m fortunate that there are enough people who get a lot more grief than I do.

“I respect people more if they come and say it to your face rather than those who jump on social media and write it on there. I’m not one bit bothered but I genuinely don’t know what it will be like. [Warrington boss] Daryl Powell copped a little bit on Saturday when he came back to Cas so I’m expecting exactly the same.“

Certain figures in rugby league, as in sport in general, seem to court more hatred and provoke more reaction on social media than others. England captain Sam Tomkins is probably the best example. Team-mates, coaches and fans of his club love him. Everybody else, almost as one, appears to hate him. The fact that he is one of the nicest guys in the game is irrelevant. And it doesn’t bother Tomkins one bit. It is theatre, he says, it is not real life, so you give as good as you get, go home and forget about it.

“The only thing that has bothered me is when things have been said around my parents,” Tomkins tells me. “But I say to my mum it’s not real life. You don’t watch Coronation Street and start kicking off with the actors when you see them in the street.”

Radford laughs, and agrees. “Sam Tomkins is a lovely bloke and a good player, which is why a lot of people dislike him. When it is misinformation and some things are said with no substance whatsoever you do sometimes scratch your head and think where has that come from.”

So how does Radford plan on dealing with such fervent feeling himself when he strolls out at Hull in his Castleford tracksuit?

“So long as nobody is within punching distance we should be fine!”