Football
News
The 24-year-old still has to prove he’s worth a big salary after five years in Barcelona’s first team
Miquel Blázquez
11:05, 23 Feb 2022

Being a football fan means, for most mortals, mortgaging your soul until the last day of your life. Through this team we love, we discover what victory tastes like, a championship, even what silence conveys to us after a painful defeat. The loyal Barcelona supporter, the one who is prepared to do anything to defend their colours, simply asks the players who play for the club to have, at least, the same degree of involvement they do.

There are times when, as football fans, we are easily satisfied. By simply watching our sides, many of us go home feeling our passion shared with the main characters who defend the history of our clubs. For many of these stars, who are accustomed to offering their services to the highest bidder, it is almost impossible to demand this reciprocity.

Ousmane Dembélé is one of these so-called 'stars' who lives on his own surrounded by disciples who always try to protect him. The 24-year-old French winger has been walking around the Camp Nou for five years now and we can't even begin to define his role. It is as if he were an artist who creates his work anonymously. It is clear the Frenchman has plenty of talent but, in the pretentious football world, we are not able to recognise him yet. 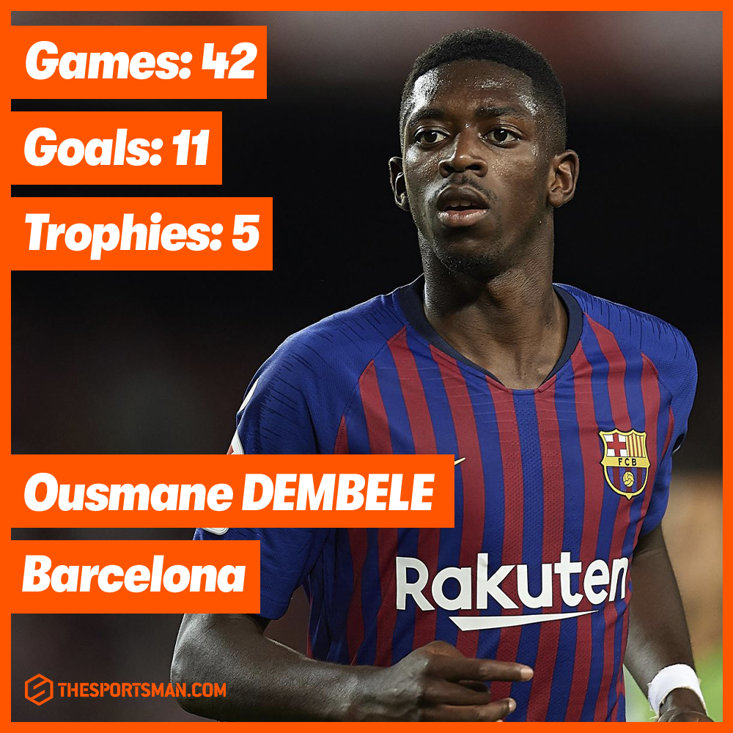 Perhaps we can all agree that Dembélé is a genius and really fun to watch, but at some point you start to wonder. It is well known that Xavi Hernández sees in Dembélé the possibility of building a project based on the quality and verticality of the wingers. The Terrassa-born coach seeks to simplify the way they see football, taking them back to the school playground, when they were masters of their destiny and only thought about dribbling to escape from reality.

"Ousmane Dembélé can become one of the best players in the world in his position", Xavi stressed in his first game as Barca coach. And he was right, because the Frenchman's football takes relevance when he is given freedom. Dembélé shines when the heart wins the battle against the head.

In an ideal world, like the one designed by Aldous Huxley, Ousmane Dembélé would be a star, as it is clear his physical and technical attributes are excellent. However, it is also a reality that he makes and executes the decisions on the pitch, making us mere spectators incapable of changing the way he sees things. That is when, on many occasions, Barca fans despair, as they observe, from the stands, a passive player who seems to be a slave of his talent.

Dembélé is nothing more than a black and white drawing ready to be coloured with our ideas or perceptions of his figure. Xavi Hernández has the task of taking him back to his childhood, when Dembélé was free and used his talent to dazzle. Will Dembélé stay and will he be able to succeed at Barça? The fans will have to get used to living with this uncertainty, at least for a few more months.