It’s supposed to be the season to be jolly but for footballers of a certain vintage there was nothing jovial about running around in the rain, sleet and snow with little more than a pair of short, shorts to protect their modesty.

And in an era of prima donnas and pampered Premier League players there are certain things which were once a staple of winter football which we no longer see at this time of year and probably never will again – here are just a few.

Several years ago the game’s authorities decided to bring in a new winter football, a luminous object which was easier for both players and fans to see on those dark and foggy afternoons. All very good, but the biggest problem with this latest innovation was that it meant the orange ball – such a novelty on the rare occasion it ever made an appearance – was now pretty much defunct.

Of course, it’s very unusual that we see a game played in snow now, either because the pitches are covered or the prospect of multi-million pound “commodities” risking slipping over means that a game is usually called off; but back in the day if you were lucky enough to attend a game where the orange ball was dug out from the back of the groundsman’s shed you could proudly boast: “I was there.” 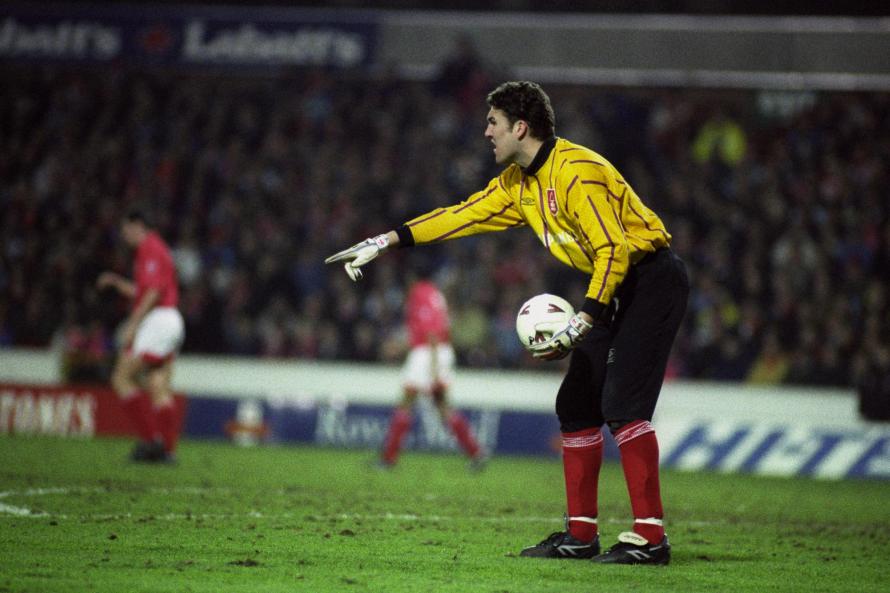 In the days before under soil heating and perfectly prepared pitches goalmouths would often resemble a Bronze Age battlefield between the months of November and March as soaking sods of earth froze solid and the prospect of diving became about as inviting as crawling over broken glass.

As a result ‘keepers would often opt for tracksuit bottoms to ensure they at least had a couple of layers of skin left on their knees come the end of the season. Thankfully, for stoppers at least, pitches are now magnificently manicured all-year-round; though there was always something amusing about seeing a player wearing their shorts outside their bottoms like some kind of soccer superhero.

Sand on the Pitch

In days gone by a groundsman had very few weapons in his armoury when it came to combating the effects of the British weather on his treasured turf - a broom, a shovel and about 100 weight of builder’s sand. In fact, Dundee United used so much sand on their Tannadice pitch during the harsh winter of 1963 that they were given the nickname, “the Arabs;” a moniker which has stuck to this day.

The benefits of dumping the contents of Bournemouth beach on top of a load of mud and churned up grass have never really been explained to humble spectators but it certainly made from some entertaining games come the advent of spring if not too much quick, one-touch passing. 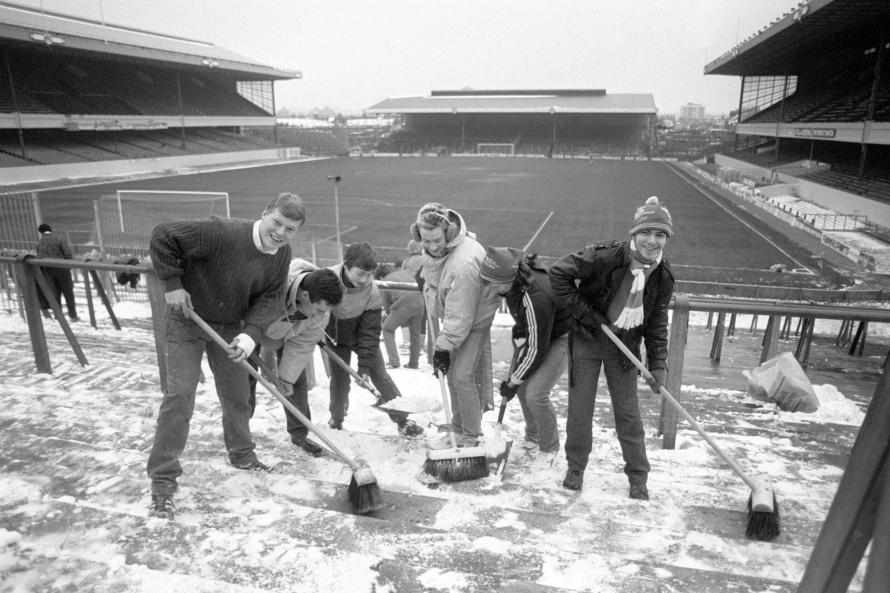 Once upon a time it wasn’t unusual for a call to go out on the morning of a game for fans to help clear the terraces of snow and ice before a top flight game could go ahead, often with the promise of a free match ticket for their efforts; and although we still see this at lower levels the thought of supporters shovelling snow from the stands at Old Trafford, The Emirates or Anfield is pretty much unthinkable.

And it’s not just the fact that clubs are better prepared for severe weather these days or would decide to postpone at the merest threat of freezing temperatures; the fear of litigation or legal action should anyone have slip on snow or ice usually means fans can’t get anywhere near a football should the weather take a turn for the worst.

Not so long ago the Snood was all the rage among those both on and off the field. A cross between a scarf and a polo neck jumper the natty piece of neckwear was designed to protect players from the cold on the three occasions of the year that the temperature in this country dipped below freezing.

They proved so popular that clubs even started selling them to fans; that was until those nasty people at FIFA decided that they weren’t officially-sanctioned kit and could pose a risk to a player’s safety and banned them in 2013. A decision that Rio Ferdinand no doubt agreed with after he’d tweeted: "You won't see a Man Utd player wearing a snood."