One of the coaches that helped get Spain to the pinnacle of world football in 2010, Pedro Gómez Carmona might not be a household name, but he should be.

Real Betis, Valencia and Estoril are just three clubs that have employed his coaching talents, and now he’s taken on board the biggest challenge of his career.

East Riffa Club in Bahrain are already sitting on top of their league after two matches, and the influence of the Spaniard is clear for all to see.

The Sportsman was given an exclusive insight into how Señor Carmona believes his methodology take East Riffa Club onto bigger and better things.

In time, that may well apply to the man himself.

Given your experience in European football, what was it that made you decide to move out to Bahrain?

This is a challenge and a really big one, in which I'm able to build an exciting project across all levels of the club as both manager and coach of East Riffa. The idea is to instil a footballing blueprint and become a role model in this league in every department. I'm really happy with how things are going.

As with implementing any new system, these things all take time. How long do you believe it will take you to get East Riffa Club to the level you wish the club to be at?

It's not a question of time. We've been together for two months of pre-season and two games of the league campaign, which have brought two wins and have taken us top of the league. There are many things that we still have to change, but during this time, I've noticed a massive improvement amongst the players. We've changed the way the players train, their eating habits and our playing style. My ideas have been well received right from day one.

What are you looking for from your players? (e.g technical skill over physical attributes etc.)

At the end of the day, I look for a bit of everything. I want them to be open to new ideas and a different style of football, whilst remaining faithful to who they are and the way they do things. I'm looking for them to just be themselves but for their performance levels to improve. That's how I did things in the past in Saudi Arabia, the United Arab Emirates, Bahrain, Portugal and Spain.

We play as a compact unit. I like my teams to build from the back, be strong in defence and clinical in the final third. We've gradually improved the performance levels and have seen an increase in the players' confidence, which always helps to make sure things go in the right direction.

Have you experienced any opposition to the way in which you wish to work, and, if so, how have you managed those situations?

I've always worked with people who've been keen to excel themselves. I was appointed by East Riffa Club on the basis of my knowledge and experience of both the Arab game and European football. The Sheikh brought me here to instil a new methodology and broaden horizons at the club, and the players are well aware of that. They're extremely willing to follow my ideas. Indeed, from pre-season up until now, they've seen that this methodology is delivering results. We all trust each other. 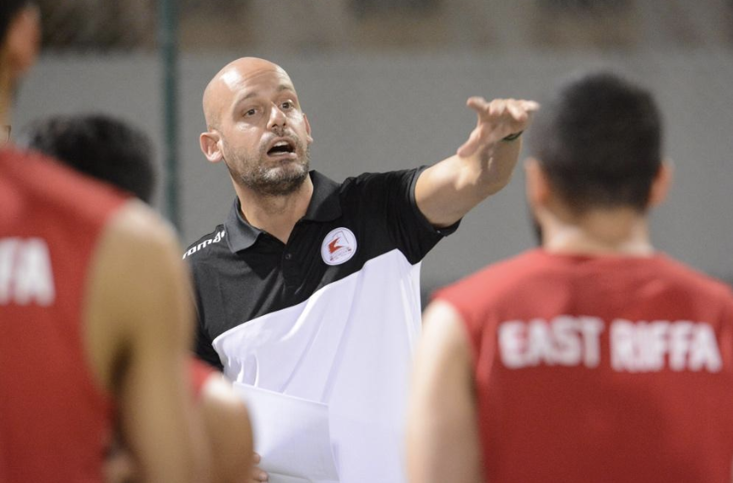 For those who've not heard of East Riffa Club, can you tell us a little more about the club?

It's a club with 60 years of history behind it. We're based in one of the biggest cities in Bahrain. It's a club that's keen to grow, to open itself up to the world and establish a lasting model. I've come in and found some excellent people here. I'm really happy and satisfied.

What are your aspirations for the club in the short, medium and long-term?

We're all working straight towards the same objective: to instil a method that lasts. We want East Riffa to innovate and be able to offer a modern and winning playing style season after season. That's why at my unveiling, I talked about leaving a legacy here in Bahrain. That's what I'm hoping to do.

My methods are based on my previous experiences, but I've always tried to take things a step further. That's why I gained previous experience as a fitness coach, assistant manager, technical secretary, coach and director of football at different times throughout my career.

My first coaching job came with Estoril at 33 and since then, I've continued to believe in the same style of football and my ideas. However, my will to learn has been relentless. I've always had a desire to improve and take things a step further. That's always benefited me, and I hope that it'll again serve me well here in Bahrain.

As the only Spanish manager in the league at present, how hard is that for you? Do you thrive on the challenge of creating something different/better at East Riffa Club?

The fact that I already knew Bahraini football from my time with the national team has helped me, as have my previous experiences in the United Arab Emirates (Baniyas and Al Wasl) and Saudi Arabia (Al-Hilal). I know Bahraini football inside out and that has been a big advantage. Another thing that is helping me is the fact that I'm both the manager and coach here. Then there's all of the experience that I gained at clubs like Real Betis, Valencia, Real Murcia and Estoril, where I was able to put my knowledge to use. 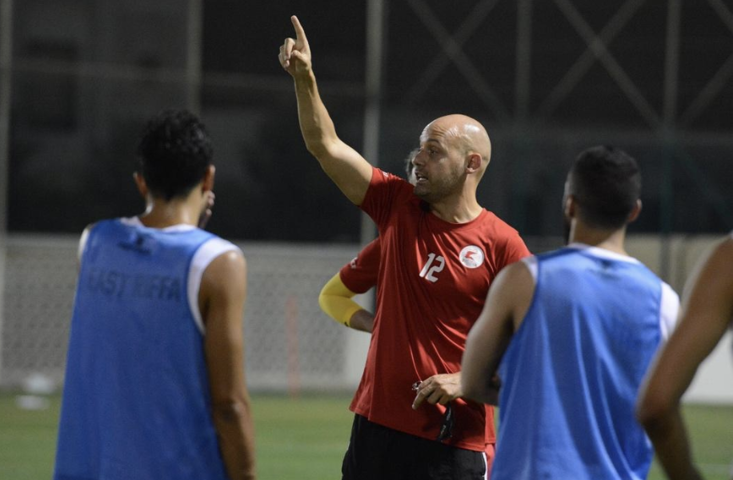 What would you say are the major differences between Spanish football and that which you have experienced in the Middle East?

The biggest difference is the tempo of the game. European football is played at a higher tempo. That's all down to the climate out here. We're currently playing our games at night with temperatures of 38° or 40° and that means that the players immediately become tired, dehydrated and that fatigue starts to show in the second halves of games. Moves where high intensity is required are a challenge. There's also a culture of eating poorly and not sleeping well at night, which are factors that influence your physical make-up.

Do East Riffa Club need to win trophies for your time there to be considered a success? Or can success be measured in terms of the structure/model of the club being changed?

Success doesn't revolve around lifting trophies, although that's always the main aim. In our case, success will be measured by our daily work, our playing style, the players and getting them to open themselves up to the world. If we manage to give East Riffa a recognisable and new playing style, we'll have achieved success. That's our major aim and would represent our own special piece of silverware.